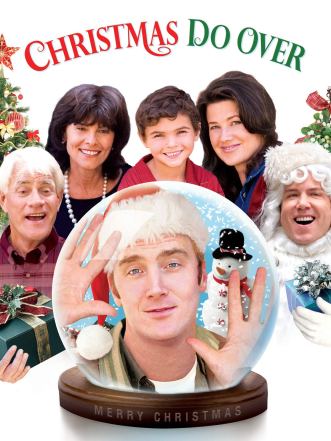 In previous years, I haven’t felt very festive at this time of year. Although, in previous years I’ve been working in a job I hated. A job that only got busier and more hectic as we got closer to Christmas. A job that only got worse thanks to the terrible catering management team. I had some great friends at that job but it still wasn’t enough to make me care about Christmas. This year is different. 2019 has been a great year for so many reasons. I’ve got a job that I not only enjoy but that is finally getting me on the right career path. My sister had a baby. My twin sister is getting married in February. My parents are both retired and enjoying their free time. It’s been a positive 12 months. So, I was actually feeling pretty good going into advent. But I wanted to feel even better. I decided to push myself further into the Christmas spirit by holding my own Christmas film advent calendar. Every day I’ll aim to watch a different Christmas film. Some will be good, some will be bad, and some will be so bad that they’re good. You can keep up with my daily viewings on my Instagram Story Highlights. Fingers crossed I can make it for the next 20 days. I’ll either run out of time or run out of Christmas films.

The first film was, obviously, Last Christmas and we know how that went. Now if Last Christmas is a film based on the song ‘Last Christmas’ by Wham, then Christmas Do-Over is based on the song ‘I Wish It Could Be Christmas Every Day’ by Wizzard. Plus a heavy dose of Groundhog Day. It was a TV movie made of ABC Family’s 25 Days of Christmas season. It stars Jay Mohr as Kevin, a divorced jingle writer who is heading to his former in-laws’ house for Christmas. Kevin is the classic rubbish movie dad. He is a lot of fun to play with but hasn’t really got the adult thing down. He buys his son, Ben’s, present at the last minute, argues with his ex-wife, Jill, and tries to belittle her new boyfriend, Todd. He’d do anything he could to get out of there but Ben has other ideas.

Ben wishes that it could be Christmas every day and, because Christmas is magic, it is. Kevin finds himself back at the front door knowing exactly what he’s in for. What happens next is pretty par for the course when it comes to these types of narrative. Kevin slowly realises what he wants and goes through every option to make sure he gets it. He reconciles with Jill, promises to be a better father, apologies to his in-laws, and makes peace with Todd. It’s all very safe and standard fare. You know where this is going from the first scene but I guess there’s some comfort to be found in familiarity.

The only problem is, these types of narratives don’t work without someone like Bill Murray. There is nobody like Murray to get the charismatic grump persona down to a fine art. You don’t necessarily like Phil but you do end up wanting him to succeed. I wasn’t necessarily interested in seeing Kevin win. I didn’t really see anything appealing in him. It doesn’t help that Jay Mohr really doesn’t care about this film or putting much effort in. He’s clearly just in it for the money and it is very hard to give a shit about him. Or anyone. Because, really, nobody who made this film cared about them.

This is another of those Christmas films that it just made to fill a gap. No effort has gone into making it original, funny, or particularly entertaining. The concept has been done too many times before and it was done much better. There is no chemistry between the two main characters and you can’t really work out why they want to get back together. I expected this to be the sort of so bad it’s fun kind of film but it was just plain bad. At least getting this in early means my Christmas film advent can only get better. Right?