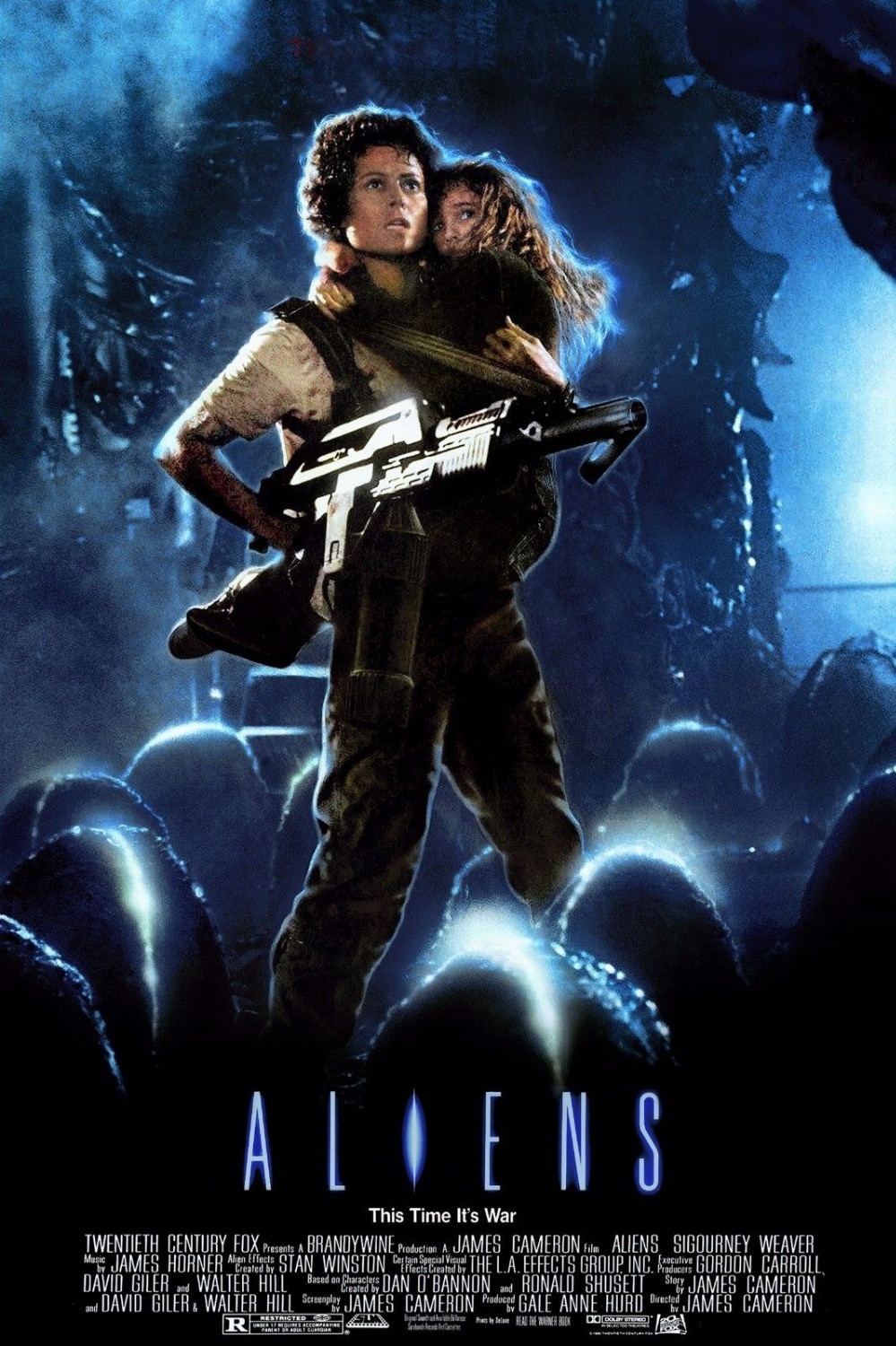 On Saturday 25th February it really was “game over, man. Game over” for actor Bill Paxton. The 61 year old died after complications during heart surgery. 61 really is no age at all and I can hardly imagine how his family and friends are coping. I liked Bill Paxton; although, I find this a sort of hypocritical statement to make considering most of the time I didn’t get his name correct. Yes, I’m one of those people that could never tell the difference between her Bills. Just like trying to get a USB stick into the hole, it always takes me 3 attempts to work out if I mean Bill Pullman or Bill Paxton. Even though I know there is one Bill I prefer, I just can’t remember his name. Bill Paxton was a great actor who had the ability to turn his hand to any number of roles. In order to honour his work and, conveniently, find something to write about for TBT, I decided to rewatch one of his greatest early roles. It was the role he won himself a Saturn Award for Best Supporting Actor. It only seems right.

Apparently there is still something of a debate going on about which film is better: Alien or Aliens. The major consensus seems to be that James Cameron’s follow up is the better all round film but Ridley Scott’s Alien is still a classic mixing of two genres that has never been equalled. Really I don’t understand why we need to pick between them. The two are very different films with very different approaches. They just happen to be about the same Alien creature. It’s about as fair as comparing Dracula and Twlight because they both contain vampires. I say, just admit they are both great. Alien was a triumph of horror and sci-fi. As I discussed a few weeks ago, it is still terrifying after all this time. Aliens, on the other hand, is more action driven and ramps up the special effects. The Alien is no longer a single entity stalking it’s prey. There are loads of them going to war with the crew of the spaceship of the USS Sulaco. Alien was Hitchcockian whilst Aliens is the kind of film that would have inspired Michael Bay.

The film picks up 57 years after the end of the first film when Ellen Ripley (Sigourney Weaver) is rescued after drifting through space in stasis. Her employers, the Weyland-Yutani Corporation, are skeptical about her claims about the Alien that killed the crew. Ripley is then informed that the exomoon, where the crew of the Nostromo first encountered the eggs and Kane got infected, is now the home to a colony of people. When Weyland-Yutani lose contact with the colony they as Ripley to accompany a unit of Marines and a company representative to investigate. Obviously, it turns out Ripley was right and a lot of bad shit had gone down. The colonists have been turned into hosts for Alien embryos and there are Facehuggers and Xenomorphs waiting to strike the Marines. Ripley must use her knowledge to get the Marines out and ensure the safety of the colony’s only survivor: a young girl called Newt (Carrie Henn).

As I mentioned earlier, Aliens is a much more familiar seeming sci-fi film. It keeps certain amounts of the horror and tension of the original film but adds more violence and explosions. Instead of an unsuspecting group of civilians trying to outwit a monster, this time we get to experience a group of full-blown Marines blow them the fuck up. It makes the first film look kind of tame and is unrelenting and uncompromising in it’s quest for more bloodshed. It’s a wild and crazy ride that was pretty technologically advanced in it’s day. It is the perfect action film. Although, I will say that out of the two films, it is the earlier one that has stood the aesthetic test over the years. The only problem with cutting edge special effects is that, in years to come, they start to look very silly and outdated.

All this talk of action doesn’t mean that the film lacks depth. Maybe it lacks a tiny amount of finesse that the first film did but has much more to offer than gunfire. Sigourney Weaver is given more room to develop the character of Ripley as she revisit her past and has to deal with the emerging mother-daughter relationship with Newt. She has a lot of emotional drama to deal with as well as going further to prove that Ripley really is the original badass female. The rest of the crew also have greater room to move than most of the original crew. We get to know the group of Marines much better than we did the crew of the Nostromo and their relationships feels more familiar and understandable. The soldiers are brave, bloodthirsty and scared in equal measure. They are like a family and a realistic military unit.

Just like Alien before it, this sequel will leave you in a fragile and terrified state but it will be for much different reasons. Rather than the slow build up of tension, this films offers a much more visceral punch and is a non-stop assault of action, scares and violence. Is it better than the original?  I refuse to make a choice. Both films are fabulous in their own way. Why can’t we live in a world where we enjoy each of them?