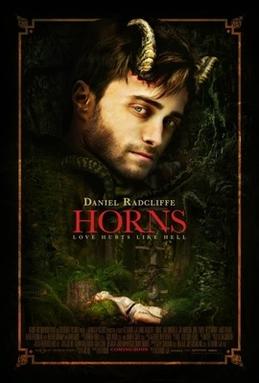 Thanks to a 20 year old hispter I work with I’ve spent the last few months revisiting the music of my youth. We’ve had a bit of a 90s revival recently which consisted of the two of us singing the Spice Girls and B*Witched as loud as possible to the alarm of our coworkers. It’s now moved on to the 80s focusing mainly on The Smiths and Spandau Ballet. I used to love The Smiths as a teenager but my tastes have grown up with me. Thankfully I’m less of a pretentious dick these days. However, it’s fucking sad that such a large part of my musical soundtrack has just disappeared. I’m madly making throwback Spotify playlists as I type. I mention it because as I watched today’s film pick I heard so many songs I haven’t really listened to in years that the wave of nostalgia left me feeling warm and fuzzy. Something it’s star, Daniel Radcliffe, normally fails to do. It was only after he got my seal of approval in Swiss Army Man that I decided it was time to give some more of his post-Potter films a chance. He was kinda funny in that so shit can he be in the rest, right? I’ve always liked the sound of Horns. I’ve never read the book by Joe Hill because, as anyone who’s ever read my Sunday Rundowns will know, I’m pretty shit at getting books read. However, from what I knew of the plot I figured it would be an interesting concept. Would the film live up to my own hype though?

In an attempt to leave behind the boy wizard that made him a household name, Daniel Radcliffe has gone to great lengths to pick weird and unusual roles. In Horns he plays a young man accused of murdering the love of his life who begins to turn into some devilish being. The story opens with Ignatius Perrish (Radcliffe) being vilified by his hometown and local news outlets for the rape and murder of his ex-girlfriend Merrin Williams. Ignatius is adament he didn’t kill Merrin but the only person who believes him in his childhood friend Lee (Max Minghella). Although handily for Ig he’s a lawyer who accepts his case. When Ig wakes one morning to find demonic horns sprouting from his head he discovers a whole host of powers that he uses to find the real killer.

Horns is a difficult film to give a genre to. Is it a horror, a romance, a thriller or a dark comedy? Who fucking knows? Well, director Alexandre Aja certainly doesn’t if the finished product is anything to go by. I wanted to like Horns and, for a brief moment, I really did. Then it bipolared its way through another 90 minutes and I found my attention going elsewhere. There was plenty of potential here for a weird black comedy which I loved. The opening 30 minutes of the film is genuinely enjoyable as Ig comes to terms with his horns and new powers. The scenes where the townspeople become compelled to reveal their darkest secrets and act on their basic depravities is comedy gold. I mean it’s the kind of shit I used to love on shows like The League of Gentlemen. It’s clever, silly and really fucking funny.

Unfortunately, the story has to continue. It moves between flashbacks of intense YA romance with images of floaty dresses and dancing in treehouses, to Ig’s crime thriller investigation, and ending on a CGI horror-style showdown. Any comedy that once existed is quickly replaced with uber intensity. Within Horns a great story exists but it is just too bloated and self-indulgent. Had Aja picked a tone and stuck to it the whole thing would have felt slicker but instead it’s all over the place. There are certainly some great moments but as the shows keeps going on they get fewer and fewer. There is so much potential in that initial plot but it’s just lost within the trappings of a Hollywood film.

There is so much that is overlooked and plenty that is dragged out longer that it deserves. The cast are, for the most part, given little to do and fail to make much of an impression. Daniel Radcliffe gives it his best but the whole concept of this film lets him down. I can’t even tell if I actually liked him or not because I was so fucking confused by what was going on. I can see why people enjoyed it but it certainly deserves the roasting that most of the professional critics gave it.