On Tuesday, I reviewed Vampires vs the Bronx. One of the main reasons that I did this was because it gave me the chance to rewatch The Lost Boys for today. My friends and I were obsessed with the 1987 classic black comedy when we were teenagers. It was a ridiculous thing and we loved it. It also helped that, even as a bleach blonde vampire, Kiefer Sutherland is an absolute dreamboat. The Lost Boys was a commercial success and is still beloved by fans. To the extent that, 21 years after it was released, a sequel was released. Apparently, there’s a third one as well. Something I might never have realised had I not been writing this post. Will I watch it? It’s unlikely but at least I now have the option.

END_OF_DOCUMENT_TOKEN_TO_BE_REPLACED

I miss going out to the cinema. The news that Cineworld would be closing due to Covid has made me realise just how long it been since I was las sat in a cinema. I obviously hope that cinemas will survive but it seems clear that, post-Coronavirus, the way people watch films is going to change. I’d love to be able to go out and support my local cinema but I just don’t want to take the risk. I’m not officially shielding but as a “high risk” individual in a virus hotspot, it really doesn’t seem worth the risk to sit in a room full of strangers for a few hours. No matter how good Tenet might be. And it’s not fair to place the survival of a whole industry on individuals anyway. But I digress. For the time being, there are plenty of films being released on Netflix at the moment to keep me occupied. It won’t ever be the same but it’s something.

END_OF_DOCUMENT_TOKEN_TO_BE_REPLACED 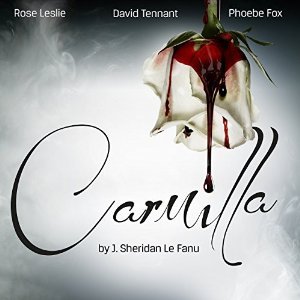 I’m getting a bit worried that I’m not going to finish my current read in time to write my Wednesday post. I’ve already got a short audiobook ready in case I need to shove an extra one in somewhere. It all depends on tonight. Thankfully, I still managed to get my weekly audiobook finished in time. I can’t remember who first recommended Carmilla to me but it was definitely something that came out of  Instagram. I think I was having a rant about how bored I was with vampire fiction. Over the years, vampires have lost their bite so I tend to ignore them. I’d never tried to read Carmilla though. I know that it was the inspiration for Dracula and one of the earliest vampire stories ever written. But if we go into that too much I’ll probably just start banging on about John Polidori again. And nobody wants that.

END_OF_DOCUMENT_TOKEN_TO_BE_REPLACED 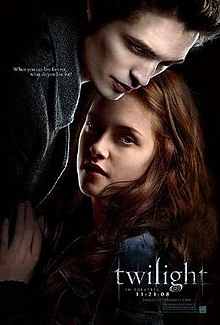 I want to start this TBT post by saying that, no matter how much fun it was discovering films from 1988, I’m so fucking happy that my Throwback Thirty series is over. The problem with watching films for this blog is that, more often than not, I don’t get to watch the films that I want to. It can be a bit of pain having a craving to watch something but having to put it permanently on hold to watch a shitty film from 1988. However, there was a part of my that really liked having a themed TBT series. So, I was all ready to start a new series in which I go back a re-review films that I’ve already written about on the blog. (Which, as it turns out, is something of a fuckload.) I thought it might be interesting to compare my feelings then and now. But, I’m not sure if it’s actually a thing worth doing so, disclaimer, I might very well abandon it in the next few weeks and just review films I haven’t done before. But for now, and partly because the New Year is about reflecting as much as it about looking forwards (thank you Janus), I’m going to get all nostalgic and go back to the start.