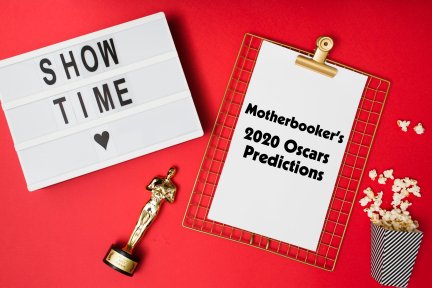 We’re finally here. It’s Oscars Night. I’ve also managed to watch all but 2 of all the films nominated this year (Maleficent: Mistress of Evil and The Lion King). I didn’t think I’d manage it but we got there. This means I finally feel ready to put down my predictions for how the show’s going to go. However, there are no real definites I guess. I mean, has anyone got over the shock that was Green Book winning Best Picture last year. The Academy is unstable and, as we can see from the nominations, aren’t always concerned about who or what is really the best. The Oscars are even more political and insane than Eurovision. But this isn’t the time for another rant. This is a time to predict the result of a stupid system that will be streamed to the world from a glitzy and expensive award show that really doesn’t need to exist. But at least everyone attending gets to dress up again this year.

END_OF_DOCUMENT_TOKEN_TO_BE_REPLACED

In just a few hours the 91st Academy Awards ceremony will be in full swing and the best and brightest stars in Hollywood will come together to pat themselves on their already much too celebrated backs. I can’t say I’m a big believer in the sheer amount of film awards that there are but I guess it’s all good for the industry. And it’s fun to see people get all dressed up and excited. 2019 has already been made an absolute delight because of how much of a good time Richard E. Grant is having just being nominated. Imagine what it’s going to be like if he wins? As I have done for the past few years, I managed to successfully watch all of the Best Picture nominations before the ceremony as well as a few other nominated films. I still have a few big ones to see though. A fact that might make my next task kind of difficult. I missed it last year but I’m here again to attempt to understand the Academy voters. It’s a weird year for Oscar nominations so, really, it’s kind of anyone’s game. But let’s give this a go anyway.