Last week’s Friday Favourites post came out of a social media challenge that I was forced to take on board. This week is a similar thing. This time the challenge was:

Post a still from a film that’s influenced me over the next 10 days. Every day I’ll nominate one person to do the same.

Normally if someone tags me on a Facebook thing I just pretend I didn’t see it and walk away. Selfie challenges, Ice Bucket challenges, you name it, I’m avoiding it. But I haven’t got to where I am today by missing the chance to show off my love of films. So I did it. Even though I knew that trying to whittle down the list down to just 10 films would almost beak my brain. But I did it? Did anybody care? Nah. But nobody really cares about this blog and I’ve been doing this for nearly 10 years. It’s part of my charm.
END_OF_DOCUMENT_TOKEN_TO_BE_REPLACED

As you know, I normally try and link my throwback Thursday reviews to my Tuesday reviews. So, this week I could have picked any number of films. Another Pedro Almodóvar film or something starring Antonio Banderas. I didn’t just have plenty of options but plenty of good options. Instead, I decided to watch a random 90s comedy starring Kevin Kline. It had been on my mind since my last Friday Favourites. Looking at Tom Hanks’ Wikipedia page reminded me of the story that inspired In and Out. During his acceptance speech, Tom Hanks thanked his former drama teacher and an old classmate before describing them as “two of the finest gay Americans.” END_OF_DOCUMENT_TOKEN_TO_BE_REPLACED

Unless I’m forgetting something, this review should see the end of my Oscar film reviews. I managed to watch all of the full-length feature films nominated in the majority of the categories. I didn’t have time to get through all of the international nominees because of time and cause I suck at watching international films. I need to work on that. However, I did manage to knock a couple off the list. Thanks to the runaway success that was Parasite I saw that early on. Then Antonio Banderas’ nomination for Best Actor meant that I caught up with Pain and Glory. It felt as though Banderas was rarely mentioned in the run-up to the Oscars because the conversation was dominated by Joaquin Phoenix and, to a lesser extent, Adam Driver. Unfortunately, it never really seemed as though Banderas was an option regardless of how much he may have deserved it. Much in the same way that Tom Hanks never really registered in his category for A Beautiful Day in the Neighborhood. Still, that wasn’t going to stop me watching it. I had to make up my own mind about who deserved to win.

END_OF_DOCUMENT_TOKEN_TO_BE_REPLACED

As far as I’m aware, Mr Rogers was never a thing in the UK. I’ve heard of him but only thanks to references in American TV and movies. This lack of awareness would normally have caused me to miss a film like A Beautiful Day in the Neighborhood. It is based solely on the proposition that Fred Rogers is one of the greatest things to ever happen to children. I’m sure he probably is but films like this tend to rely on a certain nostalgic sentimentality that I just don’t have. It wouldn’t hit on all of the levels that the filmmakers intended. But, thanks to Tom Hanks being Tom Hanks, it was an Oscar-nominated film that I had to try and watch before the ceremony.

END_OF_DOCUMENT_TOKEN_TO_BE_REPLACED

I don’t often like to admit it but I was wrong. I had no faith in the Academy to give Bong Joon Ho and his basically flawless film the recognition they deserve. But, at the 2020 Oscars, Parasite became the biggest success of the night. It genuinely couldn’t happen to a nicer person. 1917 is a technically brilliant film but, in terms of narrative, it doesn’t exactly break new ground. Parasite did everything and it did it well. It brought together so many ideas and genres without ever getting overwhelmed. Bon Joon Ho is one of the greatest filmmakers of our time and I’m chuffed the Academy actually saw it too. But let’s not look back too long. After my massive Oscars week viewing, I am now a few weeks ahead with the films I need to review. I thought about doing them this week just to get them out of the way but, honestly, I need a break. So, get ready for my next few Tuesday posts to be a little behind the times.

END_OF_DOCUMENT_TOKEN_TO_BE_REPLACED

We’re finally here. It’s Oscars Night. I’ve also managed to watch all but 2 of all the films nominated this year (Maleficent: Mistress of Evil and The Lion King). I didn’t think I’d manage it but we got there. This means I finally feel ready to put down my predictions for how the show’s going to go. However, there are no real definites I guess. I mean, has anyone got over the shock that was Green Book winning Best Picture last year. The Academy is unstable and, as we can see from the nominations, aren’t always concerned about who or what is really the best. The Oscars are even more political and insane than Eurovision. But this isn’t the time for another rant. This is a time to predict the result of a stupid system that will be streamed to the world from a glitzy and expensive award show that really doesn’t need to exist. But at least everyone attending gets to dress up again this year.

END_OF_DOCUMENT_TOKEN_TO_BE_REPLACED

Sometimes, the best thing about a film is just watching great performers do what they do best. I imagine that is part of the reason why Netflix’s The Two Popes got such a positive reaction at the Telluride Film Festival. Two of Britain’s finest actors come together to retell a piece of recent religious history. Anthony Hopkins and Jonatha Pryce play Pope Benedict XVI and Pope Francis respectively in a film that explores their uneasy relationship. It’s essentially a film showing two old white dudes having a back and forth about religion. On paper, it shouldn’t work but it turns out to be unexpectedly engaging. And, I’ll be honest, this wasn’t a film that I was necessarily going to watch despite the positive reaction it got. I love both actors but the story just seemed a bit much. Considering what we know about the Catholic Church, it all just seemed a bit too twee.

END_OF_DOCUMENT_TOKEN_TO_BE_REPLACED 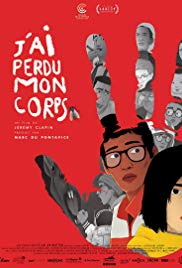 Seriously, Netflix has been doing great things with animation recently. So, it’s no wonder that they’ve gained two Oscar nominations for Best Animated Feature Film this year. And, though the smart money will be on Toy Story 4 because of all the reasons, there’s every chance that the streaming service could walk away with a prize in that category. After all, Klaus was the surprise winner at this year’s BAFTAs. It was the unexpected hit of their Christmas output. Mixing beautiful animation, a talented voice cast, and a charming story, Klaus brought new life to the oft-told origin story of Jolly Old Saint Nick. But it’s not their only output this Christmas time that really resonated with audiences. The French animation about a severed hand really did prove to be quite a success. Even though that statement just feels wrong.

END_OF_DOCUMENT_TOKEN_TO_BE_REPLACED

I know you’re probably getting sick of me banging on about diversity at the Oscars by now but I’m tired of hearing people say “it’s about quality, not diversity”. Yeah, in an ideal world. This isn’t an ideal world. What the people using that argument are either stubbornly, naively, or purposefully not seeing is that the system is weighted against diverse entries. The voting system is a joke. The first round lets all members of the Academy vote for whichever eligible films they want in their related categories. You don’t have to have seen all of the films. We know that a lot of members are quite traditional (see Martin Scorsese and his hatred of comic book movies) and have specific ideas of what should and shouldn’t be eligible (see Steven Spielberg’s comments on Netflix). How many of those eligible to vote will have bothered to go out and watch Hustlers to see that J Lo gave a much better performance than Scar Jo did in Jojo? We also know that Hollywood champions films that will make money and they don’t think films with diverse casts or storylines will make money. Then there are the smaller film companies who can’t afford to put on a huge campaign for their films/stars. They are blown out of the water by the bigger film studios who can shove their big-name stars in front of everyone. Look at Brad Pitt’s Oscars campaign this year. Flawless. Even down to his photos with ex-wife Jennifer Aniston. He’ll have had a great deal of backing. Smaller movies, less well-known actors won’t get that opportunity. Therefore, they don’t grab attention in the same way. The system is weighted towards a certain type of films and those films are, typically, not diverse. Those films don’t typically have female directors. So, stop saying it’s only about quality. Until we have a system that sees every film get a fair chance, diversity needs to be discussed.