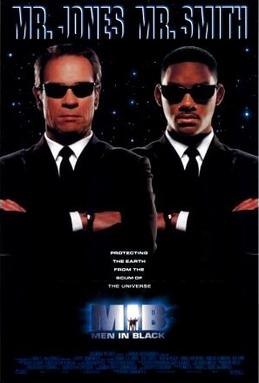 I remember going to see Men in Black at the cinema. Or at least I remember my friend being obsessed with the bloody cow at the beginning. She’s a bit of a weirdo. But I do remember enjoying the film. I would have been 9 so the silliness will have appealed. And we all know that the 90s was peak Will Smith time, right? Thanks to a bunch of underwhelming sequels, the first Men in Black film has become something of a classic. People have started to view it through rose-tinted glasses. In my review of the latest installment of the franchise, Men in Black: International, even I did it. So, after all these years, does Men in Black really stand up? Or have we all just been hit with a huge wave of nostalgia? There was only one way to find out. And it meant me having to put off starting Stranger Things until I’d watched it. Which now means I’ll stay up way too late watching season 3. The things I do for the sake of this blog.

END_OF_DOCUMENT_TOKEN_TO_BE_REPLACED

I didn’t get much sleep last night. I don’t know what went wrong but I woke up at 2am, went back to sleep for a couple of hours and then tossed an turned until it was time to get up. So, I was planning on getting this sorted out as quickly as possible and getting an early night. Then I started watching Murder Mystery on Netflix. I had to do it. You know I love a shitty Netflix film and this seemed pretty bad. But Netflix gave me a 98% match with it. All of those shitty Christmas films have really fucked up my algorithm now. God knows what my viewing choices say about me. Anyway, long story short, I got a bit involved in watching it and have only just started writing. But I’ll get there. I’m determined. I can’t have another terrible night.

Happy National Tea Day, folks!
I started reading this beauty over the weekend. I know I'm behind the times but it's magnificent. Or as magnificent as a book about a woman's brushes with death possibly could be anyway.
Today's book review is our book club pick for April. I didn't enjoy it.
Thinking about picking this up in April but not sure.
Happy Folio Friday friends.
Do you read graphic novels?
Are you enjoying your current read?
This weekend I finally watched the Artemis Fowl movie and it was a mistake.
Another month and another Agatha Christie book to review.