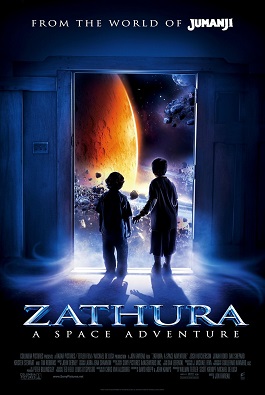 Jumanji: The Next Level film might be the third film to include Jumanji in the title but it is actually the fourth film in the whole franchise. It’s easy to forget that Zathura: A Space Adventure is part of the same universe. Mostly because both the writer of the original books, Chris Van Allsburg, and director, Jon Favreau, wanted to distance it from the Robin Williams film. Favreau, in particular, didn’t like the film at all and wanted to make sure that people knew it. Yet, the studio was keen to show that both films were connected and Zathura is officially the second film in the Jumanji franchise. I’d never actually seen it, though, as I was 17 when it came out. It definitely wasn’t the kind of film the 17-year-old me would have been comfortable admitting to wanting to watch. So, I decided it was finally time. After all, it got a much better critical reaction than the first Jumanji film even if it didn’t do incredibly well at the box office. The opposite of Robin Williams’ film. Was the space adventure actually better or was this another time when the critics were way off in their assessment?