I feel so much better about doing these film reviews having had a week’s break from it all. Maybe, I need to come up with a plan to do film reviews every fortnight and some other film related content on the alternate weeks? I don’t know. I never want to reach a point where it feels like doing the things I love starts to feel like work. I’ve started to realise that my self-imposed schedule is really driving my life more than it probably should. I spend so much of my free time writing or watching/reading something to write about. Then there are the photos I take every week. It’s fine in lockdown because what else would I be doing? But, eventually, I’m going to want to start socialising again. Having spent a year forced to stay inside, I’m starting to realise how little I went out before. Although, there’s no need to worry about that yet. The UK isn’t going to be getting out of this mess any time soon so I might as well carry on watching films when I feel like it.

END_OF_DOCUMENT_TOKEN_TO_BE_REPLACED 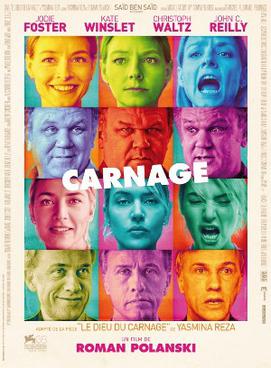 I’ve been listening to a lot of Podcasts at work lately but I don’t like to listen to the grown-up ones. I tend to listen on my way to and from work and during the quieter times in the office. So, they need to be light and not distract me from what I’m doing. Obviously, film podcasts are up there for my listening pleasure and I’ve just started getting into a new one. I plan on talking about that in-depth later this week but, for now, a recent episode has inspired me for this TBT post. In one episode, Nish Kumar (British comedian interested in politics and social commentary. Also, one of my weird comedy crushes but enough of that) was talking about how he can’t watch Woody Allen movies any more. And I get it. I’ve read Dylan Farrow’s letter and I get it. The allegations prove that Allen is not a nice man but how far do we tie up a person with their art? Do the awful things he’s done suddenly mean that Annie Hall isn’t a good film? It’s a question I’ve continually asked myself and I have no answer. But it came to my mind when I decided to finally watch Carnage this week. I’d forgotten who directed it so when the name Roman Polanski came up on the screen I paused the film. Ultimately, I decided that watching the film wasn’t me letting him off. But I still felt weird about it. But this isn’t the place to get into this.

END_OF_DOCUMENT_TOKEN_TO_BE_REPLACED

So, I think I’m finally at the end of my list of outstanding reviews. It feels like an absolute age since I saw this film so it’s a relief to be finally writing it up. And I was pretty excited about seeing this one. I mean, there was a time when seeing the names Will Ferrell and John C. Reilly on a movie poster would bring nothing but glee. So, the idea that they were coming together to reinvent Sherlock Holmes, another of my major loves, was perfect for me. Let’s be honest, since Stephen Moffat came along, the baker street detective has started to be taken a bit too seriously. The fan girls want him dark, broody, and sexy. Despite the fact that Benedict Cumberbatch is a far cry from the man Arthur Conan Doyle came to despise. What we really needed was for someone to come along and take him down a peg or two. But then Holmes and Watson came along. Complete with rescheduled release dates and Sony refusing to screen the film for critics. It quickly became clear that this wasn’t going to be the film we wanted it to be.