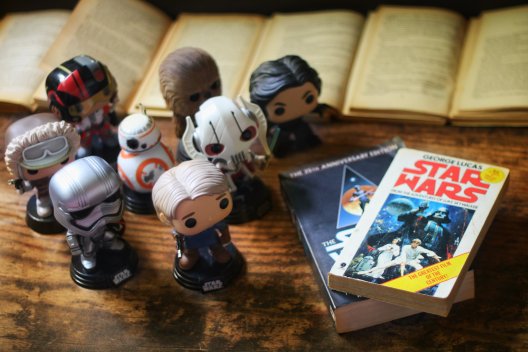 Monday was Star Wars Day. It’s that day of the year where every card-carrying geek sets out to prove their geek status by mentioning it as much as possible. I mean, if you don’t post as many Star Wars Gifs as possible are you even a real fan? Speaking of real fans, it’s also a day where the hardcore fans get to moan about how much the franchise has been ruined over the years. But has it really? We get it. The loyal fans who were there at the start don’t want to embrace change. They don’t want to admit that their way isn’t the best it can be anymore. They want to say awful things about Rian Johnson on the internet because they have nothing else in their life. If it makes you feel better then go for it. But, come on, are the more recent films in the Star Wars series really that bad? I set out to solve this once and for all by definitely ranking them from best to worst. Now, I did only use the main episodes in the Skywalker saga because we have to be honest, Rogue One would have beaten most (if not all) of them had I included it. So, it didn’t seem fair to count that. Even if it does include the single greatest Darth Vader scene in the franchise’s history.

END_OF_DOCUMENT_TOKEN_TO_BE_REPLACED

So, I’m having a bit of a Ron Howard moment right now thanks to Solo and the newest series of Arrested Development. He’s the kind of director who has done more films than I remember. I know his Dan Brown films, Apollo 13, American Grafitti etc but he’s done a lot more that I always forget about. It was only after the character of Ron Howard brought up the film Willow on an episode of Arrested Development that I was reminded that he directed that film. I think I just get stuck on the George Lucas part that I just ignore anyone else that actually had a hand in making it. In my head, this is a film that was made by George Lucas, Val Kilmer, and Warwick Davis. But no. The ginger kid from Happy Days, obviously, had a hand in it too. So how much of this film have I forgotten over the years? It seemed like a good time to revisit it so, ignoring the rules of my TBT jar, I went ahead and watched it for today’s review.