What have you been reading this week?

It’s the start of a new month which means I’ll be posting my reading wrap-up tomorrow. It was a bit manic the last few because I was madly trying to get books finished before May officially started. I know it’s stupid but I don’t like starting a new month halfway through a book. I know it will happen every now and then but I just prefer a clean slate. Thankfully I managed it and can start fresh today.

END_OF_DOCUMENT_TOKEN_TO_BE_REPLACED

I come from a pretty musical family. My parents are both great singers and my sisters and I all played instruments at school. I initially tried out the oboe but couldn’t cope with the double reed. I then moved to the flute and, after a lot of effort, became pretty adequate. So, it was a given that I’d be interested in a book that a magical musical school with a flautist main character. The fact that I could get it free with my Audible account only made it better.

END_OF_DOCUMENT_TOKEN_TO_BE_REPLACED

Once again, I found myself without much to review because I’m still doing terribly at reading. In order to get this post up, I listened to 3 audiobooks on Monday. They were all short and free with my Audible subscription. I guess my lack of organisation is helping me experience books that I’d never have picked up normally. If only I could get through the books on my TBR as easily.

END_OF_DOCUMENT_TOKEN_TO_BE_REPLACED

I’m don’t really read a lot of romance books. Not because I think they’re bad. It’s just not something that I’ve ever been bothered by. When I was younger, I used to say that I was too cynical for rom-coms and the like. Now, I think I’d probably say that there are just a few tropes that I don’t really get along with. Being on Instagram and TikTok, I regularly see people praising enemy-to-lovers narratives and I just don’t get it. It just all seems too ridiculous to me. Why do we need to make love this insanely difficult and life-changing thing? Surely, it’s actually quite a simple thing in reality? I know romance novels are an escape for many but they’re often a step too far for me. Although, I will occasionally make an exception.

END_OF_DOCUMENT_TOKEN_TO_BE_REPLACED

The Lord of the Rings trilogy is old. How old? So old that we used to own VHS copies of all of the films. Also, it turns 20 this week. It’s been a while since I last sat down and watched any of films in the trilogy. I used to watch them all the time. Well, I used to repeatedly watch the scenes where Aragorn was a full-on hunk repeatedly. It probably didn’t do the videos any good, so I quickly upgraded to the DVDs. As tomorrow is the official anniversary of the release of The Fellowship of the Ring, I decided that it was a good time to go back to Middle Earth.

END_OF_DOCUMENT_TOKEN_TO_BE_REPLACED

Last month, I won an ARC of this book from the Book Network and I was pretty excited. I’m not normally a YA fantasy kind of person but this sounded really interesting. I love fantasy that also situates itself in the real world, so this sounded like it could be perfect for me. Of course, my super busy schedule meant that I didn’t get around to reading it until the end of end of last month and it took me a lot longer to read it than I’d expected. Mostly because I’ve been feeling pretty bad lately. Thankfully, I managed to push through it this weekend and finally got it finished.

END_OF_DOCUMENT_TOKEN_TO_BE_REPLACED

There’s nothing like realising that one of your childhood favourites is celebrating its 20th birthday. Talk about being forced to come face-to-face with your rapid aging! I decided to make life even harder by actually rereading the book that I first read 2 decades ago. I’ve been meaning to pick it up for a while actually. I had plans to read it last year before the film adaptation came out. But I didn’t. Then I was going to read it after the film came out so I would be able to compare the two. That never happened either. I think it probably worked out for the best as it means that I can read the first book in Eoin Colfer’s series and watch the Disney+ adaptation during the anniversary year.

END_OF_DOCUMENT_TOKEN_TO_BE_REPLACED 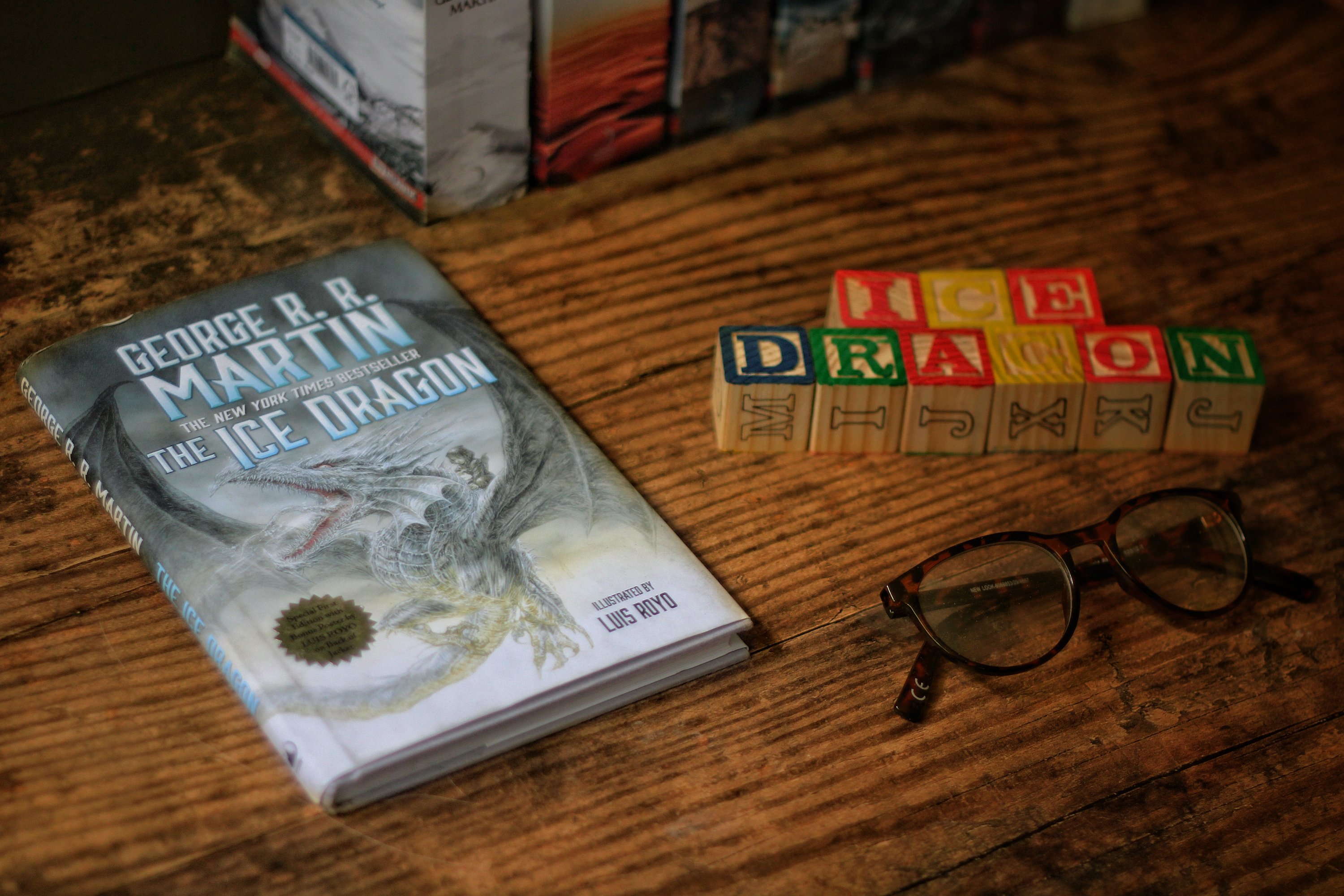 Over the last couple of weeks, I’ve been rewatching the whole of the Game of Thrones TV adaptation. Until season 7 and 8, it was a great reminder of how good a show it was. It’s weird to think now, that it was once one of the greatest shows ever created. It also got me wishing that George RR Martin was ready to release the next instalment in the A Song of Ice and Fire series. I can’t even remember how long ago it was that I read A Dance With Dragons. When the new book eventually comes out, I’m not going to be able to remember a damn thing that happened. Not that I’m complaining. I’d rather he take his time and do it right. If the last two seasons of the show taught us anything, it’s that it isn’t a series you can rush. I’ve often thought about going back and rereading the fifth book but it always seemed like a silly thing to do. My TBR is too big and The Winds of Winter won’t be out for ages anyway. This week I decided to get my George RR Martin fix elsewhere. I’ve tried and failed to read some of his non-ASOIAF books in the past but I just couldn’t get on board with them. So, this time I went for a related book. It’s not actually part of the same world but it’s in the right area.

END_OF_DOCUMENT_TOKEN_TO_BE_REPLACED

I’m not the kind of book blogger who desperately tries to get free stuff. I’m in a lucky enough position to be able to buy books for myself or, if I need to, I still have access to a library. That said, I like helping out authors who ask me to help out. Promoting your book is a huge job so if I can help out then I will. One of the best things to come out of my blog in the last few years is being able to work with writers. Alexis Marie Chute first approached me to help reveal the cover of the first book in her YA trilogy Above the Star. I was beyond grateful for the opportunity and agreed without a second thought. The book sounded incredible and I was excited to introduce my followers to it. Since then, I’ve had the pleasure of reading and helping to promote the books on social media. I loved the first book and was super excited to read the second book, Below the Moon. So, when I also offered the chance to get a copy, the final book became one of my most anticipated books of 2020.

END_OF_DOCUMENT_TOKEN_TO_BE_REPLACED 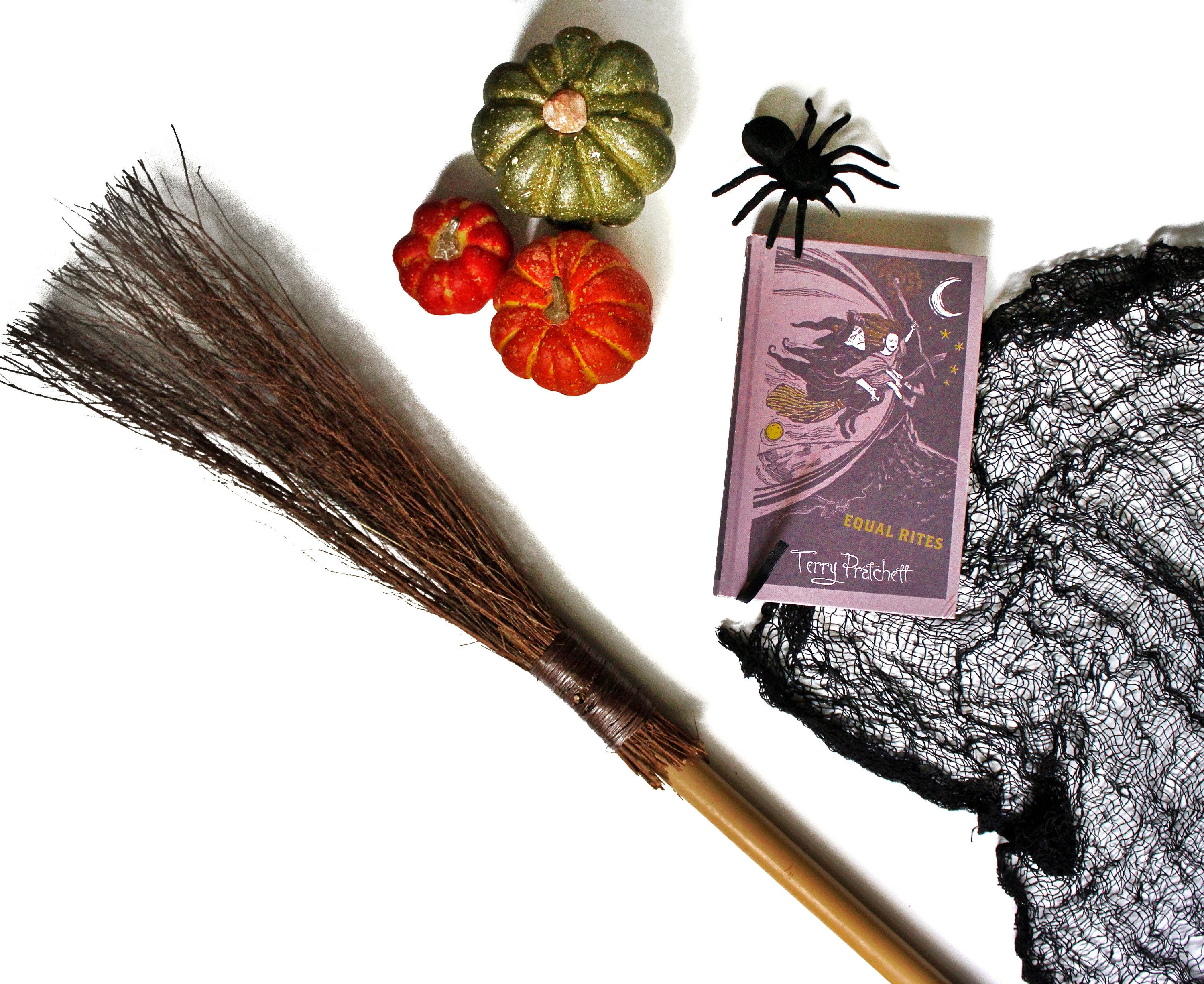 I’ve had such a dreadful reading week that I wasn’t even sure I’d get this book finished for my review today. I was reading right up to the last minute but I did it. And it was a suitable October read to boot. Okay, so it’s not scary but it’s got witches in it. I’ve read a few Terry Pratchett novels over the years but there are still loads that I’ve not got round to yet. My TBR is already longer than I can remember and there are so many Discworld novels out there. So, I’m slowly trying to make my way through them. Very slowly. I like Terry Pratchett but sometimes he does get a bit distracted in whimsy. It’s why I think Good Omens works so well. Neil Gaiman keeps him on track and Terry brings a lighter touch to Neil’s normal style. It really is the best of both of them. Not that either of them are bad writers but nobody is perfect.