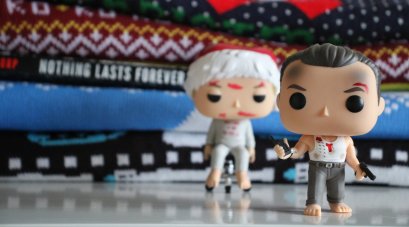 Anybody who has ever read the name of this blog will probably be able to guess that I bloody love Die Hard. It’s not only a great Christmas film but it is still one of the greatest action movies of all time. It is peak Bruce Willis and it introduced Hollywood to the talents of Alan Rickman. Die Hard is a legendary film that I watch at least once every year. I look forward to watching it before Christmas and I feel like I’d be missing out if I didn’t. What I’ve never done, is read the book it was based on. I’ve had a copy of it for years but never dared read it. As book lovers, we expect the novel to better but, as I’ve said before, there are plenty of contradictions out there. Reading Jaws after seeing the film is crazy but at least that has something going for it. And I love Jaws but it’s doesn’t hold as dear a place in my heart as John McClane’s skyscraper adventure. This year, I decided to be brave and opened the pages. That was at the start of December. It took me until last night to finish it. That should give you enough of an indication about my views on it.

END_OF_DOCUMENT_TOKEN_TO_BE_REPLACED 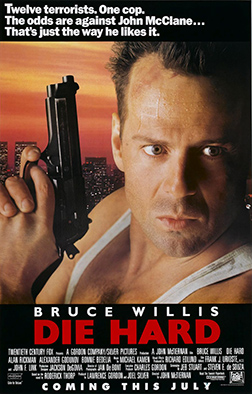 This may seem like history repeating itself because I’ve already reviewed Die Hard on this blog. But, considering it was the inspiration for the title of my blog, there was no real alternative to end my Throwback Thirty series. Not only is it one of the best films of 1988 but it is one of the most loved films of all time. Seriously, you mention Die Hard to pretty much everyone and they’ll respond positively. Plus, it’s kind of timely considering this year the whole “is Die Hard a Christmas film?” debate started raging again. “And is it?” I hear you cry? I don’t really care. Officially, I did put it on my list of ‘Essential Christmas films’ but I’d watch this film at any time of year and be happy. That’s not something I could say about the majority of other films on that list. In my heart, it doesn’t really feel like Christmas until I’ve watched Bruce Willis run around in a dirty tank top but it’s only real link to Christmas is the setting. But, I say again, who gives a shit?