After my last read, I had every intention of reading a proper book but I also needed to write a second book post this week. Of course, when I say “proper book”, I don’t mean to suggest that children’s books aren’t proper but that they aren’t exactly age appropriate. It has been nice revisiting my youth again though. This was another book in this series that I’d already read and it was probably the first time that I’d seen the dark and gory side to fairy tales. I was probably more aware of the Disney version where everyone lives happily ever after. It will no doubt have rocked my world to discover the disgusting origins to these well known stories. But does it still live up to my memories?

END_OF_DOCUMENT_TOKEN_TO_BE_REPLACED

Do you ever revisit the books of your youth? It’s one of those big dilemmas. Do you reread them to see if they’re as good or do you not take the risk? It’s awful going back to something that you loved and realising that it’s just not that great. That was my quandary with this book. I had thought about it for years but couldn’t find it anywhere. It didn’t help that I’d forgotten the full title and didn’t know who wrote it. There was a point where I genuinely believed that I’d made it up. Although, I also remembered how much I loved this book. I am sure that it was the reason that I love Greek mythology. It must have been my introduction to them. I can’t remember where I bought it but it was probably at the Scholastic book fair. Those places were magical. I miss the rush you’d get at one of those. Nothing in adult life can match it.

END_OF_DOCUMENT_TOKEN_TO_BE_REPLACED 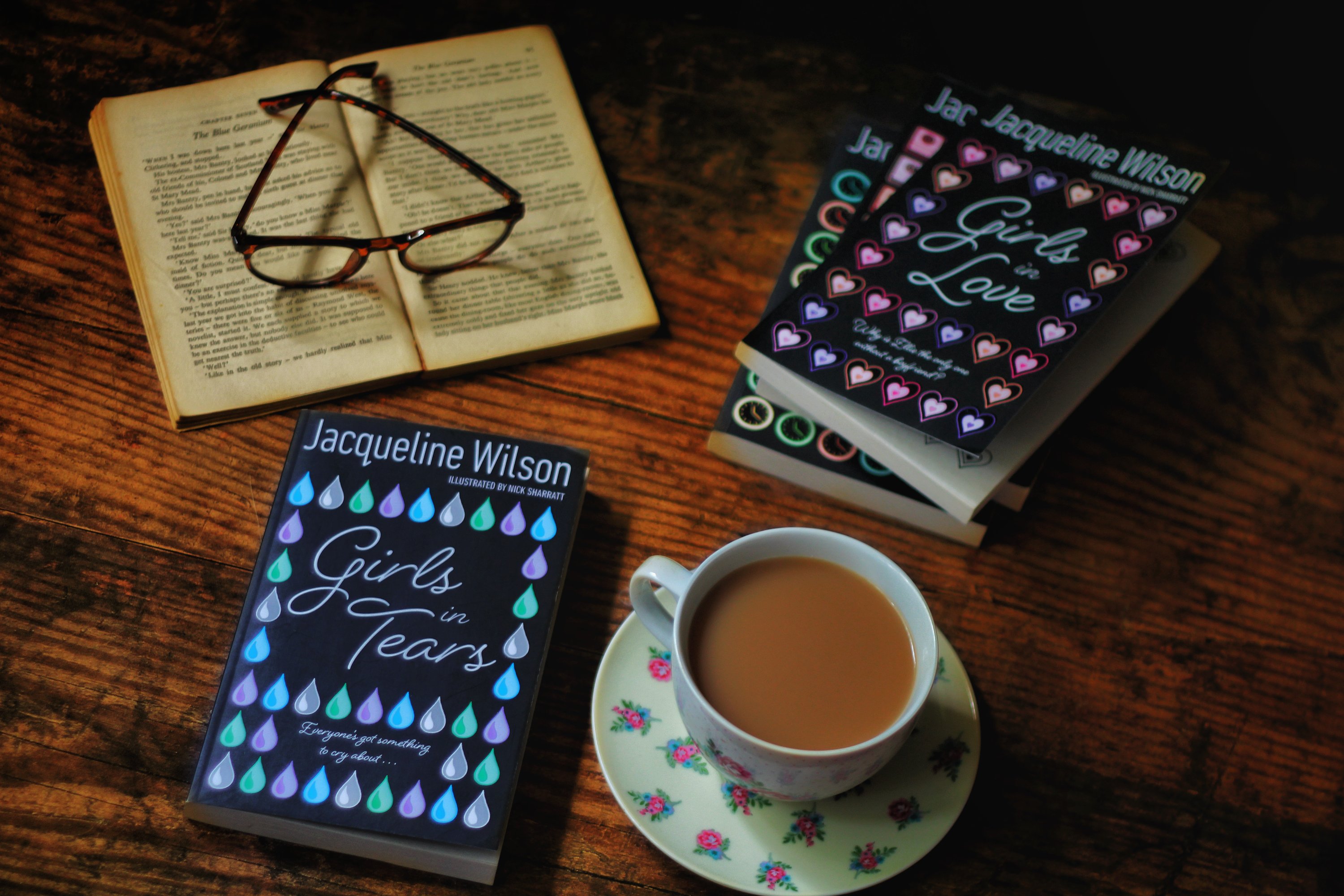 The fourth book in Jacqueline Wilson’s Girls series was published 4 years after Girls Out Late. I’m assuming this is the reason that I never knew it existed. After all, it was only 2002 so I would have been 14. Surely that would have been the perfect age to be picking up this book. I would finally have been the same age as Ellie and her friends. But, for whatever reason, I have only just finished reading this book for the first time. I’m not sure what I was expecting but I was definitely hoping for something more inspiring than the previous novel. But, as we found on Monday, that wouldn’t take an awful lot.

END_OF_DOCUMENT_TOKEN_TO_BE_REPLACED

I had such high hopes for this weekend and had plans to get shit done. Instead, I ended up getting caught up in the Tories Coronavirus updates and I lost the urge to do anything. This whole situation is terrible but when you’re being told what to do by an inadequate and greedy government, it’s hard not to worry about it a bit. Now that people are being encouraged to go back to work it’s only a matter of time before I’m expected to go in. I’m hoping it won’t be for a while though. Officially, I’m supposed to still be in quarantine for 6 weeks or so. But, with everything so vague, I guess we can’t be sure of anything right now. And I shouldn’t really worry about myself. I’m lucky enough to be able to work from home. It’s the people being forced to go back this week that I feel bad for. Hopefully, the Tories won’t be risking so many more innocent lives. Enough of this. Let’s talk about the thing we’re all here for: books.

END_OF_DOCUMENT_TOKEN_TO_BE_REPLACED

I’m pleased to announce that I’m currently on book 3 of Jacqueline Wilson’s Girls series. Unfortunately, that is a little bit longer than the rest and I’m quite busy with work stuff at the moment. So, I’m not actually getting as much reading done. I’d been finishing the other books in two nights but this is proving a bit trickier. Still, I’ll get there. I’d actually finished Girls Under Pressure at the weekend but I couldn’t post my review until today. Not that I mind. I loved being one of the stop’s on the Inside the Sun Virtual Book Tour. Although, the time between finishing the book and writing this might explain why it’s proving a bit difficult. Of course, it might also be the fact that this book means a lot to me. It’s something I’ve already addressed here on the blog and it does make me rather biased.

END_OF_DOCUMENT_TOKEN_TO_BE_REPLACED

Yep, another review and another Jacqueline Wilson book. If you’ve been paying attention to my Sunday Rundowns lately, you’ll remember that I  recently bought this series of books after I discovered that there was a mystery fourth book. Okay, not a mystery book but a book that I hadn’t read. I also found out that the books had been republished with some absolutely beautiful covers. Of course, these two bits of news meant that I had to buy them all. I started reading the first in the series as soon as I’d finished The Lottie Project because I wanted to keep the nostalgic vibe going. I’ve already talked about one of the books in this series for my 30 Books For My 30th series because they genuinely meant a lot to me. They almost perfectly captured what I felt as a teenager. I was awkward, chubby, and a bit quiet. I’d never identified with a fictional character as much as that before. Okay, when I was little I thought I was Alice from Alice in Wonderland but that was only because my middle name is Alice. It’s not the same. So, I was a bit worried about revisiting these books. What if they didn’t live up? What if they were actually shit and I was just an idiot for loving them? I had to find out.

END_OF_DOCUMENT_TOKEN_TO_BE_REPLACED

I’m struggling to get in the reading mood at the moment. I don’t know whether it’s being in the house all day or if it’s just the stress of the current situation. Whatever it is, I’m back in the old routine of getting in from work and just binge watching Netflix or something. I think that’s why I’ve been so drawn to the books of my childhood. It’s the idea of reading something familiar and comforting. Plus, knowing that it’s going to be an easy read is certainly useful. Of course, it could also be evidence that I’m slowly regressing back to my childhood. I may still be working full-time but I’m pretty reliant on my parents these days. It sometimes feels as though I’m going back in time. Maybe I should be worried about returning to the books I enjoyed as a kid? Regardless, after reading The Worst Witch last week, I decided to start reading two Jacqueline Wison books I used to love. The first combined my love of history with my love of reading. I was obsessed with this book.

END_OF_DOCUMENT_TOKEN_TO_BE_REPLACED 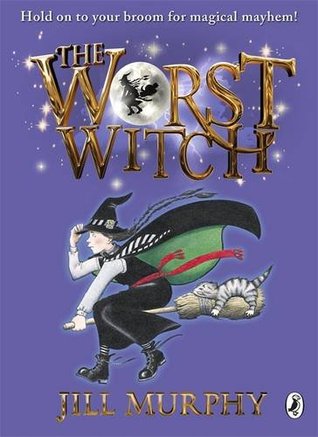 Every now and then I get a sudden urge to go back and read one of the books of my childhood. There was a time when I used to read the Sophie books by Dick King-Smith to cheer myself up. If couldn’t sleep for any reason then I’d just whip one off the shelf. It’s that great mixture of an easy read, lovely story, and a huge wave of nostalgia that really makes it worth doing. Which is why I put off the many books on my TBR list so I could read this book this week. I don’t know why but I suddenly had a huge desire to go back to this one. I loved The Worst Witch when I was younger and I remember reading or listening to them all. I also loved the TV show.

END_OF_DOCUMENT_TOKEN_TO_BE_REPLACED

When I first opened Disney+ this week, I didn’t automatically go straight to the original content. I didn’t catch up on The Mandalorian so I could get some context for Baby Yoda. Nope. I started rewatching old episodes of The Simpsons. The animated show that has been going for over 30 years has plenty of great episodes and having them all in one place is too good an opportunity to miss. I know that it gets a lot of bad press these days and it can’t be denied that quality has gone downhill. But it’s not as if it isn’t watchable. There’ll always be something nice and familiar about it. To celebrate and justify my week of watching 90s episodes of a cartoon, I decided to discuss some of my favourite episodes. There are so many of them at this point that it was pretty difficult. This is by no means an exhaustive list because who can remember everything that’s happened in the past 30 odd years? But there are some genuine gems here.

END_OF_DOCUMENT_TOKEN_TO_BE_REPLACED

To accompany my review of the latest Pixar film earlier this week, I was going to watch Coco. That would have meant buying a copy or renting it on Amazon. As I’m about to get a Disney+ subscription later this month, I decided that it was stupid to spend more money on it. So, I decided to go with something about fantasy creatures instead. I’d never seen Trolls but I bloody love that Justin Timberlake song. It’s the kind of irritating pop song that you know you shouldn’t like but you can’t help it. I just get swept away in it’s happy and upbeat melody. Plus, I do have a general love of Justin Timberlake. And I might like Anna Kendrick but I can’t really tell. She’s one of those irritatingly perfect human beings that I kind of love but am also incredibly jealous of. She’s kind of perfect and just reminds me of how imperfect I am.