This week it was announced that, in honour of Chadwick Boseman’s death, his film 42 would be released in cinemas again. As cynical as I might be about the move, it is a wonderful way to celebrate his work as an actor. It was also a great excuse for me to watch it for this review. I have to be honest, I’m no fan of sports movies. Well, aside from The Mighty Ducks, Little Giants and Space Jam. It’s mostly because I don’t really care about sports. I can think of thousands of things that I’d rather be doing than sitting down and watching people kick/throw/hit a ball around a pitch. It’s not so surprising that one of those things isn’t sitting down and watching a formulaic film about people kicking/throwing/hitting a ball around a pitch. And I don’t know anything about baseball. It’s just complicated rounders. However, it felt like the right thing to do.

END_OF_DOCUMENT_TOKEN_TO_BE_REPLACED

When I started my holiday this week, I had all sorts of grand plans to read loads of my unread books and get ahead with the blog. We’re only halfway through but it’s becoming clear that I’m not going to achieve a great deal with this week. I spent Sunday and Monday playing with my niece, which was admittedly a fantastic use of my time. It just meant that the closest I got to reading was the first page of That’s Not My Kitten and I’m not entirely sure that would count towards my yearly reading count. It didn’t help that my desperation to finish Those People in time for my Monday review had left me not wanting to read anything else on Sunday night. So, in order to get something finished for my Wednesday review, I needed to play strategically. I wanted a small book from my TBR pile. Thankfully, this James Baldwin book has been near the top for a few weeks now and it seemed perfect. Much heavier going than my previous book but that was a welcome change.
END_OF_DOCUMENT_TOKEN_TO_BE_REPLACED

It was announced recently that the sequel to Ready Player One will be released on November this year. I can’t say that I’m too excited by the news. I found the book really annoying and thought the film was kind of dull. I think it’s a problem with all novels that rely too heavily on their pop culture references. For one thing, I think it shows a lack of imagination and writing ability. For another, I think it’s a really lazy way of getting your readers onside. It’s using nostalgia to create engagement instead of a captivating story or developed characters. I’d go so far as to say that Ernest Cline’s YA novel made me quite angry. So angry that I’ve really stopped trusting any book that uses popular culture to draw people in. Which means that Slay wasn’t a natural choice for me to start reading. It’s a YA novel about an online video game and it’s really pushing the Black Panther connection. Writer Brittney Morris was inspired by the movie to write her first novel. Something she apparently accomplished in 11 days. But would it read like an 11-day long composition or would it actually make up for the wounds left by Cline? There was only one way to find out.

END_OF_DOCUMENT_TOKEN_TO_BE_REPLACED

It’s only my third month of being part of a virtual book club but it’s already given me an excuse to read books that I’ve always wanted to. This month’s selection is another that I’ve been interested in but would never have read off my own back. Mostly because I always thought it would be a letdown. When this was suggested as a possible book, it was picked by someone who had seen the film. Now, I enjoyed Spike Lee’s adaptation of the book as much as the next person but I also knew that a lot of the plot had been made up. The bomb plot, for example, was not part of Ron Stallworth’s story but had been added for the film. I suspected that the person who put it forward was under the impression that the film was accurate. After all, she had described it as “shocking content (of the film was anything to go by)”. When it came to the vote, I went with another choice but was outvoted. I’m not complaining, merely stating a fact. I got my copy of the book and started to read. Boy, was it a bit of a slog.

END_OF_DOCUMENT_TOKEN_TO_BE_REPLACED

One of the things I’m tired of hearing about George Floyd is when people keep bringing up the fact that he had a criminal record. As if that, in some way, makes his death acceptable. That the fact that he was once in prison makes it okay that a police officer put his knee on George’s kneck for almost 8 minutes. Why does it matter who George was or what he was doing at the time? Nothing should be able to justify the death of a man regardless of what they’ve done. And what about all of those white men who were arrested for mass shootings? How many of them are still alive in prison despite murdering people? I mean Nikolas Cruz shot  17 at Marjory Stoneman Douglas High School in February 2018. He was arrested “without incident”. Without incident? All George Floyd was arrested for was allegedly using a counterfeit $20 note. Allegedly. And he was killed. A 19-year-old white kid shot 17 other kids and was arrested “without incident”. And people still don’t think systemic racism exists? It’s bullshit.

END_OF_DOCUMENT_TOKEN_TO_BE_REPLACED

One important thing to think about at times of civil unrest is how to explain the situation to young people. Parents need to find a way to make sure their children understand why people are angry and how we have reached this point. It’s all very well and good doing anti-racist reading for myself but what about anti-racist reading lists for children? How can you possibly help a child come to terms with the idea of systemic racism and how it explains the death of innocent people? You don’t want to traumatise them or make them too fearful of society. However, you need to understand that people are protesting for good reasons. That the violence of the Black Lives Matter movement is different from the violence performed by police officers. So, I decided to check out some fiction intended for a younger audience. Just to see what’s out there.

END_OF_DOCUMENT_TOKEN_TO_BE_REPLACED

I’ve probably said this far too many times recently but I had decided that I was never going to read this book. I’d been put off by the bright pink colour and the title. I couldn’t help but imagine romantic-comedies or YA fiction. I’m not against back protagonists but I am against anything too sentimental and lovey-dovey. I don’t really do romance. I’m too cynical for hearts and flowers. However, I’ve only heard good things about this book so I had to try it for myself. And it’s just another way to add to my anti-racist reading list. The more non-white authors and protagonists I embrace the better, right?
END_OF_DOCUMENT_TOKEN_TO_BE_REPLACED 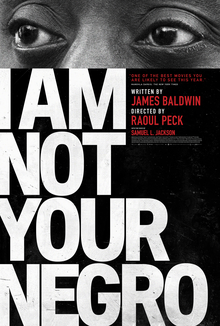 I’m not normally much of a documentary watcher. If you ask me why I’d probably give you the excuse that I don’t have the time. That I have so many other films to watch and so many books to read. This is clearly nonsense. What I’ve discovered over the past few weeks is that I’m not as great an activist as I’d like to believe. It’s not that I don’t believe in the causes that I go on and on about. It’s more that I’m often too afraid of putting my money where my mouth is. Not watching documentaries like this is just another way to shield myself from real life. It helps me stay inside my little bubble where I can pretend that the world isn’t as bad as it actually is. So, as part of my vow to live a more non-racist lifestyle, I’m making sure that I watch all of the films that I let pass me by. As I’d already read James Baldwin’s If Beale Street Could Talk this week, it only seemed right to start here.

END_OF_DOCUMENT_TOKEN_TO_BE_REPLACED

I know that I spend a lot of time moaning about Netflix Original films but, I have to admit, they do get it right now and then. The platform also manages to great some great filmmakers on board. Their 2019 releases on the streaming service saw Noah Baumbach and Martin Scorsese gain multiple Oscar nominations. Before he won awards and hearts, Bong Joon-Ho released the fantastic Okja. So, there have certainly been some high points and it looked as though it might have another. Spike Lee’s latest film Da 5 Bloods was released in mid-June. This was the first time we’ve seen Lee since his Oscar-nominated BlacKkKlansman and it couldn’t have come out at a better time. One of the major themes is how race fits into America. There is the same passion and anger that can be seen throughout the Black Lives Matter protests that have been happening all over the globe. What better film to watch when I’m trying to Amplify Melanated Voices?