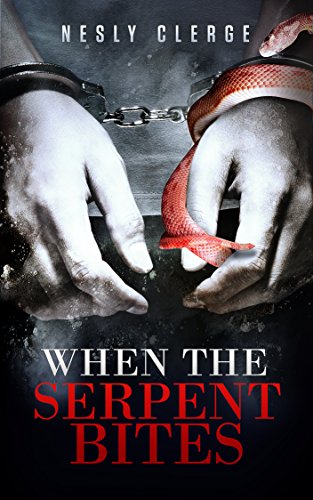 I’ve been blogging since September 2011 and I’ve been on Instagram since December 2014. I don’t think it’s too big-headed to say that I’ve improved in both areas since then even if I’m still a bit shit at sticking to my schedules occasionally. In the last 7 years, I’ve managed to keep my online persona fairly secret and it’s only recently that people in my life started to find out about it. It kind of feels like I’m a superhero and everyone has suddenly seen through my secret identity. It’s weird to have it out there even though it’s still only a select group of people who know. It’s one thing to write for strangers (or nobody) but the idea of someone I see on a daily basis reading it… still can’t deal with that. I only bring this up because one of my work friends was so impressed with my Instagram following that she started talking about how much money I could make. I was super quick to shoot her down on this idea because I’m still a small fish in a fucking huge pond. Although, after spending years trying but never quite succeeding as much as I wanted to, I can’t deny that things are starting to change for the better. In the last few weeks I’ve been lucky enough to be approached by authors to get involved in marketing their books. You’ll be aware that earlier this month I was involved in the cover reveal of the upcoming Above the Stars book and I was also sent an advanced copy of Your Creative Career by Anna Sabino to share on Instagram. I realise that I still have some way to go before the big gun publishers would even think about approaching me but, as someone who is interested in getting into the marketing world, this is a fairly big deal. In keeping with this, two weeks ago I was given the opportunity to review the 2015 debut novel of writer Nesly Clerge. I said yes, because I’m not really in a position to turn these chances down, but I wasn’t sure this novel was going to be for me.

END_OF_DOCUMENT_TOKEN_TO_BE_REPLACED

I’ve wanted to try Sneaky Experience for a really long time but have never had the opportunity until recently. For those not in the know, Sneaky Experience create pop-up cinema screenings to audiences in weird locations. They make the screening an event and dress the location to link to the film. It’s always sounded amazing but I’ve never managed to get tickets. There have been Harry Potter screenings at Kirkstall Abbey and Christmas screenings of Elf that have eluded me. However, I finally managed to find a screening I wanted to attend and could get tickets for. The fact that I was going with a co-worker who is definitely more attached to me than I am to him was a price I was just going to have to pay. On Saturday night, straight after an awful day at work, I headed to Leeds town hall to watch The Shawshank Redemption.

We started off pre-experience having to fill out a Prisoner Information form. It included things like name, photo (or a hastily and badly drawn picture), crime and my alibi. I spent much longer than I needed to thinking up a good alibi because, ultimately, nothing much happened with this piece of paper. Although, I was quite proud so I’m going to discuss it here. As I was being sent down for the crime Andy Dufresne was incarcerated for, I decided to use the plot of Bull Durham as my alibi. I couldn’t have committed the crime because I wasn’t Shawshank Tim Robbins; I was Bull Durham Tim Robbins.

Following queueing in the cold for a while, we were ushered into a room where a couple of actors dressed as inmates and prison guards interacted with as many people as possible. Unfortunately for them there were too many people to get around and it got boring quickly. Still, the actors got very into their parts and were entertaining to watch. Although, I was one of the more uncomfortable ones and tried everything I could to limit my time with them. Then we were forced to have our photo taken in a manner reminiscent of a police mugshot, which we were told we could purchase at the end. Spoiler alert: I didn’t.
Then the experience really started. In pretty large groups we were ushered into a courtroom and got to live through a brief rendition of Andy Dufresne’s trial. It was fun but a bit ‘blink and you’ll miss it’. Before any of us knew what was happening we were then forced down into the old cells in the town hall’s basement and locked-up for the night. Okay, were weren’t strictly locked in but we were in the dark in an old cell for at least 30 seconds. It was fun.
We were then sent up some stairs and outside onto the street. Here, a man dressed as a prison officer proceeded to shout at us as some very concerned pedestrians and restaurant patrons looked on. We were marched back inside and taken to a room… where we waited. The unlucky ones at the back waited for a long time but at least there was Jenga to keep them entertained. Fortunately, I got through quite quickly and, less than an hour after I was sent to prison, was facing my parole hearing. I had to answer one question, which I obviously did quite badly as I was rejected. Well, at least that confirms my suspicion that Morgan Freeman and I are quite alike.
Then, we had to wait in the screening room whilst the rest of the people made it through the experience. We weren’t one of the first but we still must have sat for about half an hour. It sure made me glad we’d turned up when we did. As the final groups made their way around, more of the actors from the proceeding sections turned up to cause havoc with the waiting patrons. The guards terrorised the people willing to get involved, the prisoners threatened the newcomers and Andy Dufresne himself handed out library books (actually he was incredibly attractive so I wouldn’t have minded some interaction there). Despite nothing much happening here there were some fun moments as the actors involved really got to go crazy with their characters. I was one of many who were closely followed back to their seat by an angry guard.

Whilst I ultimately enjoyed the whole experience I have to admit there was a lot more waiting around than I’d expected. Obviously there was a fuck load of people to get through the whole thing but there wasn’t a great deal to it. There were only about 4 stops on the whole tour and the interaction in each section was limited. It was fun, yes, but it could have been more substantial. I mean, the prisoner information form suggested we would have our fingerprints taken at some point but that never occurred. The price is pretty hefty and, I can see why. I was just left feeling that my money could have been put towards something greater. I didn’t need the shitty photobooth and felt that the money could have been used better.

I once saw a production of The Merchant of Venice in Lancaster castle where the action moved around the rooms using what the building had on offer. For example, the courtroom scene was set in the old courtroom. It was one of the best Shakespeare productions I’ve ever seen because you were fully immersed in the plot. I sort of expected Sneaky Experience to feel a bit more like that but it was just a bit of a lame duck in comparison. I mean there were scenes lifted straight from the film and acted out in real life but it just felt like something was missing. Something I realise isn’t fair as you’re freer with a play than a film. Still, part of me thinks Sneaky Experience would benefit from a smaller scale and a more personal experience.

Although, if the right film comes along I’ll definitely be up for another Sneaky Experience. It is something I won’t forget and gave me the chance to see a wonderful film. I’ve never seen Shawshank on a big screen and, as it’s still one of the best films ever made, I was able to experience it in a way I never had. It’s a beautiful film and well acted. The film is powerful, emotional and, ultimately, uplifting. Morgan Freeman is just outstanding and his chemistry with Robbins is great. My only possible criticism would be that it’s a tad long but that probably has more to do with how long I’d been sitting and waiting for it to start.