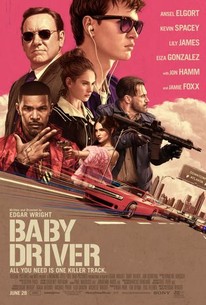 There is no way anyone with a deep knowledge of film can ignore the influences that have prepared the director for his latest work and there are plenty of sneaky in jokes for them to pick up on. The film would comfortably sit within the history of blaxploitation cinema (with links to films like 1975’s Mandigo amongst others) and, no matter what Tarantino tries to tell us with his talk of “Southerns”, there is little to suggest that Django Unchained would be uncomfortable within the world of Spaghetti Westerns. From the opening credits using the old Columbia logo to the blood-red titles and the whip zooms, the whole thing screams Western. There is an obvious homage to the 1966 film Django thanks to the use of the theme song over the opening titles and a brief cameo by the original Django’s Franco Nero. The final credits of the film utilises music from another influence They Call Me Trinity from 1970. The two films have dramatically different tones with Django being a gruesomely violent melodrama whilst Trinity is a more comic affair where the hero prefers to forgo violence for cheekiness. These two pieces of music sum up the slightly bipolar tone of Tarantino’s latest historical epic. We are treated to an outrageously violent, gruesome Western/blaxploitation hybrid alongside a keen sense of comedy and fun. Although, is this kind of duality the correct setting for a film dealing with such a controversial and risqué topic?

Django Unchainedopens to find our hero, scarred but not yet broken, chained to his fellow slaves before a life changing encounter with German born bounty hunter Dr King Schultz (Christoph Waltz). In need of Django’s help to track down three of his targets, the eloquent stranger offers him the chance to be free. Luckily the recently released slave proves to be a natural at this killing for money malarkey and they go into business together. Years in captivity don’t really seem like the usual training ground for a gifted assassin but Django could easily be up there with the best bounty hunters; standing as an equal alongside Rick Deckard, Boba Fett and Dog. The films first act, following Django and Schultz chasing bounties across the snow covered mountains and plains of Tennessee is incredibly enjoyable and, though not all of it is relevant, is full of genuinely funny moments. Their brief encounter with an inept band of the KKK is pure Mel Brooks.