So, I guess I have to start off today’s post by apologising for a lack of Rundown this week. I’ve been away this weekend for a big family celebration. August 20th 2017 was the 40th anniversary of my parent’s marriage and my older sister’s 1st anniversary. To celebrate the entire clan made their way to a lovely cottage in Scotland. The rest of my family managed to get the Friday off work but I had to travel up after I finished my shift. It meant the latter half of my week was pretty intense. It was my intention to either get ahead with my Sunday post or do it on Monday, when I got back. Neither of those things came to fruition and I decided it was better to just not do one. Which is a shame because I’ve actually done some fucking reading this week. Anyway, I’m back now and ready to get on with my regularly scheduled uploads. Starting with a review I wanted to write in reaction to this weekend. My twin sister’s boyfriend made the very bold statement that Christopher Nolan’s Dunkirk wasn’t worth watching. An opinion that goes against everything that everyone has ever said about it. So, because I’m really stubborn and love proving people wrong, I decided it was time I watched it myself. Because I refuse to believe something that looks that good could ever be described as much worse than Saving Private Ryan.

When you talk about World War II on the big screen there will be very few people who won’t reference the opening scene of Steven Spielberg’s Saving Private Ryan, and for good reason. It is still one of the most iconic opening sequences in film history. Spielberg places his audience in the midst of a very bloody, dramatic and, ultimately, realistic depiction of American soldiers landing on Omaha Beach in 1944. It’s awful but shows the true cost of the conflict. After that, well, things get more Hollywood and it turns into a kind of ridiculous narrative littered with sequences of war porn that will keep any young boy on the edge of his seat. You can see why people love it but, when it comes to realistic portrayal of WWII, it’s safe to say that Spielberg kind of loses his way.

There’s a danger that every Hollywood depiction of any major historical conflict will eventually forgo accuracy in favour of excitement and action. I can see why; for one thing we want to celebrate the sacrifice that young men made for our future as well as satisfying the modern film audience. Well, that’s where Dunkirk makes itself stand out. For starters the film is based around an important military defeat. French, British and Belgian troops were trapped by German soldiers and we forced to evacuate. It was only luck and some bad German strategy that so many men were able to be saved. Nolan never intended to write a film about the great victories of WWII but, instead, to create a realistic interpretation of what happened on and around that beach. We don’t know who his characters are or where they came from because, ultimately, that doesn’t matter. All that matters is this moment. Will they survive or be blown to pieces by German fighter pilots?
Dunkirk isn’t anything like Saving Private Ryan. It doesn’t create an overly sentimental narrative that provides plenty of opportunity for heroic acts and men laying down their lives for others. It shows a bunch of scared young men who would do anything in their power to get home. It doesn’t use any real trickery, besides a fantastic score by Hans Zimmer and some sensational visuals, to really bring home the horror. Nolan does everything within his power to confuse your senses and splits the narrative into three distinctive parts. The story is told from land, air and sea and, thanks to the editing, time becomes a rather meaningless and fluid concept. I won’t pretend that the split isn’t a little frustrating and awkward. However, I can appreciate the overriding impact that it has on the film. It all adds to the chaos that Nolan is trying to create and, for the people involved, time would have become meaningless anyway. When you’re potentially seconds away from death with nowhere to hide what does it matter?
For a war film, Dunkirk is a fairly static film. It’s a deceivingly slow and quiet film that creates a real sense of tension, chaos and horror. It lacks much in the way of dialogue but shows you, first-hand, the kind of scenes that will have taken place in 1940. It’s a claustrophobic experience that places you in the very heart of the story. When bombs start dropping you find yourself there not just watching, horrified, from the sidelines. The image that came so prominently out of the trailers was the sweeping shot of a bunch of soldiers crammed into the mole, a pier-like structure that is being used to get men onto awaiting ships. When a German bomber flies overhead the men below are penned in like fish in a barrel. It’s an impressive and haunting visual that really sets the tone for the rest of the film.
Dunkirk works so well because of the images that have been created on screen but it is carried along by the stunning performances on display. The ensemble is, quite frankly, amazing and, though it scares the shit out of me to write it, even Harry Styles himself proves to be pretty watchable. Thee isn’t really anyone who puts a foot wrong here. It’s all sensation, from Tom Hardy’s resolute and ever so slightly gung-ho pilot, Farrier to Mark Rylance’s quiet but steely sailor who is one of the civilians caught up in the rescue mission. Dear old Kenny B oversees all the action with a broody intensity as he closely watches the skies for a glimpse of enemy planes. You meet these people so fleetingly and get no real sense of their characters before they are plunged into danger and chaos. Nolan and his cast have done an amazing job of creating that feeling of being anonymous in a crowd. No single person matters more than anyone else and everyone becomes an equal in the scramble to rescue as many soldiers as possible. It doesn’t even matter that you might not remember who everyone is. That’s the point. It’s the reality of war.
However, despite all of this horrible reality, Dunkirk doesn’t fall into the trap that films like Saving Private Ryan do. It chooses to avoid the R rated violence in favour of a different message. The Dunkirk evacuations were a failure in terms of British military efforts but, at its heart, it is a real underdog story. This is the story of survival and the British spirit that allowed it to happen. What Dunkirk chooses to show instead of bloodshed is the connection between military men and the normal civilians who put themselves in danger to rescue them. I fail to believe there can be a dry eye in the house when the fleet of civilians boats float towards the beach to the sound of rapturous applause from the awaiting men. This film doesn’t attempt to glorify violence or war. Instead it shows the important of people coming together. The strength that can be found in unlikely places. We don’t really see any German forces in this film and, save for a brief reference at the end, we hear nothing from Winston Churchill himself. Dunkirk isn’t really a war film: it is a film of survival and the human spirit. And, no matter what my sister’s boyfriend says, I think its perfect.

I work with a guy who is a fairly huge fan of Superman so I have had to contend with his excitement concerning Zack Snyder’s Man of Steel since its production was announced. With the release of every new trailer I was met with a gushing report of how it was set to be the best film ever made and, in the past few weeks, have been continually asked when the inevitable Blu-Ray release is. This is all very well and good but I found it difficult to match his excitement. As a child I loved the Christopher Reeve films and was a fan of the ‘I’m sure it was cool in the 90s’ Lois & Clark: The New Adventures of Superman. However, as a superhero, I never really responded to Kal-El in the same way I did with other forces of good. The reason for this is simple: his parents. Clark, as an alien who receives strength from the Sun, has an immense advantage over other heroes. He isn’t making the same kind of sacrifice as people like Batman, Iron Man or Spider-Man. He also never seemed as easy to engage with as a character. He’s a bit too cheesy (yes I realise talking about cheesiness in terms of any superhero is somewhat ridiculous) in an All-American hero kind of way. It’s grating and, when he’s riding around on his insanely high horse, it’s difficult to see him let alone connect with him as a character. If I had to pick an almost indestructible, God-like alien for a friend it’d be Thor no question. He seems fun in a Nordic way, has a nifty hammer and is all beardy. Plus, his human form is a doctor whilst Clark Kent runs around playing a famous journalist. It’s all a bit too narcissistic for me. So by the time I finally got round to watching this supposed masterpiece I had my expectations set to ‘not stunned’.

There was a definite sense that Superman needed a revival that would breathe new life into the man in red and blue. There was room to bring Kal-El in line with the current trend for comic-book movies and have him grow up that little bit. If that meant roughening up the edges then director Zack Snyder and producer (and script contributor) Christopher Nolan weren’t going to take the softly softly approach. Nolan and Snyder aren’t exactly your typical film partnership and there is a sense that this film is battling with its two different attitudes. On the one hand it is the dark and moody tale of a man who must fight against his Kryptonian nature and his human sensibilities: who must pick between the destiny set-out for him by his dead biological father and the careful path his adoptive human father would have him follow. On the other, it is a fast, loud and brash tale of destruction and violence that would have even Michael Bay wondering “is this a bit much?”: in other words hard-core explosion porn. It is Nolan’s style that ends up suffering and the last hour or so ends up being mainly about Kal and his Kryptonian buddies destroying everything they come across. 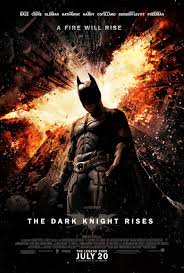