Another month is done and, as of late on Thursday evening, I’m back to shielding again. At least it means I’m not being forced back to work but it does mean I’m not going to be getting out of the house for a few more weeks. Time really has become meaningless this year. Do you remember back to January? January always feels so slow but that’s nothing compared to the last few months. We’ve only just got to August and it feels both too soon and too late. I’ve barely seen anyone beyond my family since March. I’ve gone nowhere but the doctors in the last few weeks. Yet,  I still haven’t achieved anything that I thought I would at the start of lockdown. I’m managing to just about keep my reading pace but I’m not reading more. I’ve got loads of unfinished puzzles to do and I’ve not been using the time to apply for jobs. All I’ve done it watch the same old shows over and over again. Can we just pretend 2020 doesn’t count towards our individual achievements?

I’d read The Hunting Party by Lucy Foley back in 2019 but I wasn’t overly impressed. It didn’t live up to its reputation and the identity of the killer was really obvious. Turns out her follow-up The Guest List was just as obvious and unoriginal. I don’t know why people keep comparing her to Agatha Christie because her plots are nowhere near as well-crafted as the Queen of Crime.

Fortunately, the Milk by Neil Gaiman

I didn’t give this audiobook a proper review because it was short. I listened to it one lazy Sunday and I mainly did it to get my read count up. I had fallen behind and needed something quick to get back to 2 books per week. This was never going to be up there with the best of Neil Gaiman’s stuff but it was unmistakably him. It was weird, funny, and engaging. A tall tale told by a father to his children just gets more and more absurd. It’s a nice little listen. 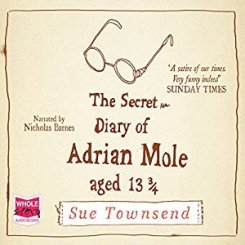 The Adrian Mole series of books has a huge place in the British literary canon. It clearly had a major impact on so many people’s teenage lives and the first book was even named one of the most influential books by the BBC. Although, I’d never read it. I guess it just never really appealed to me. When I needed a quick audiobook listen earlier this month, I decided it was time to give it a go. I can’t say that I was blown away but it was good.

I bought this YA book as part of my anti-racism reading list in the wake of the Black Lives Matter protests in June. I know that I have a lot of shortcomings when it comes to picking underrepresented authors and voices, so I’ve been trying to read more Black writers and Black stories. I really wanted to like this one because, on paper, it sounded great. I just think it lacked something. The most interesting part of the book is the gameplay and that was just glossed over. I just wanted more. 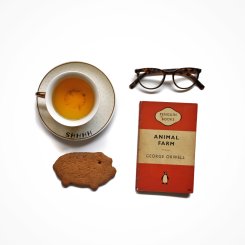 I haven’t reread anything for a while and, although my TBR is huge, I think it’s a massive shame. I have had the audiobook of Animal Farm read by Simon Callow in my Audible library for a while now. Last weekend, I decided it was finally time to listen to it and it was fantastic. He’s such a great performer and this is such a wonderful book. In my opinion, much better than 1984. It just feels more accomplished and better written. 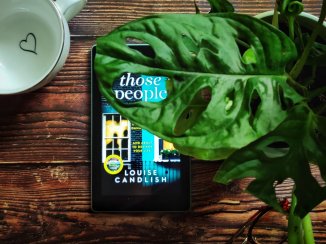 Those People by Lousie Candlish

So, I don’t exactly remember getting this book but, for some reason, I did. Turns out, it was a huge mistake. I don’t know how someone managed to make this sound appealing and interesting. I just found the story a bit boring and it was so obvious who committed the crime. It also didn’t really work as a character study as you never really get to know anyone. I’m sure this will work for some people but I really did have to force myself to finish this. 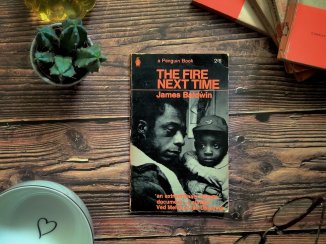 The Fire Next Time by James Baldwin

My final book of the week is another from my anti-racist reading list. James Baldwin is obviously one of the most important writers to be associated with the civil rights movement and he is such an outstanding writer. I am always floored by his mastery of the English language and he always inspires me. This short read was a perfect way to round out the month.