June went by in a bit of a whirlwind, didn’t it? What should have been a great month where I celebrated the work of LGBTQ writers and stories, became something else entirely. The death of George Floyd and the Black Lives Matter protests made a huge impact all over the world. It’s something we’ve all experienced before but something feels different this time. Although, I say that in July when it’s apparent that the media are already changing the narrative. I hope we don’t get to the end of the month and find that we’re all back to how we were before. But let’s not get ahead of ourselves. Today is for looking back on the past 30 days.

I started the month with a renewed reading list. After the death of George Floyd caused so much despair around the world, I wanted to read more about anti-racism. After all, the more you know the stronger your arguments are. Starting with this look at systemic racism in the UK. I can’t say that it was exactly what I thought it would be but I think it should be required reading for students. It would definitely start conversations. 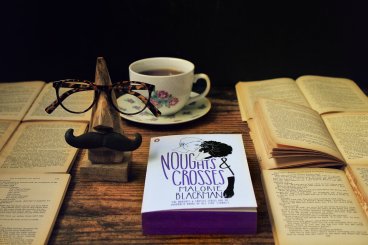 Noughts and Crosses by Malorie Blackman

I’d bought a copy of this back in March intending to reread it before I watched the television adaptation. That never happened. I didn’t watch the TV show either. Now wasn’t just a time to be reading about racism but to be celebrating Black writers. Why not revisit a book I didn’t give enough attention to as a teen? I wish I’d read it more closely back then because this is a striking book. It’s well-written and does raise lots of great questions.

This month’s virtual book club pick was Nora Ephron’s only novel. I have wanted to read this for a while but, I’ll be honest, I was put off by the awful new diamond cover. I know, I know. It’s a really dumb reason not to read a book but that’s the reality of being a book lover. So, I was glad for the push to buy it. Unfortunately, I didn’t really get on with it. The book is fun but all very one-note. I just kept wanting more but it was kind of dull.

If Beale Street Could Talk by James Baldwin

If I had to pick a writer that was perfect to pick up at a time like this then it would be James Baldwin. He was such an influential figure in the civil rights movement and he had great links with people like Malcolm X and Martin Luther King, Jr. He also happens to be quite the wordsmith. Seriously, that man knew how to craft a sentence. I’d loved Barry Jenkins’ adaptation of this novel but really wanted to read it. I’m glad I did. It was beautiful. A tad sentimental, maybe, but powerful.

The Blue Sky and I by Samiksha Tulika Ransom

I was approached on Instagram about this anthology of poetry. I normally find it pretty uncomfortable when this happens because I worry that I won’t like the book and offend the person who wrote it. Thankfully, this debut poetry anthology was a lovely little collection. My biggest criticism? It’s far too short! The poems cover lots of familiar topics and they deal with them in a beautifully.

This is one of those books that has been getting praise wherever it went recently. It was billed as a comedy and compared to Bridget Jones’ Diary. I have to say, I disagree with both of these statements and find it weird that it was marketed in that way. This is a heavy book that deals with real problems. It touches on racism, abuse, mental health, and sex. But not sex in a fun Bridge Jones way. Sex in an “I let strangers treat me like shit so I feel validated” kind of way. It’s a lot to take in. It’s also not quite as punchy or effective as I’d hoped it would be. It gets quite bogged down on certain areas and ignores more key issues. Still, it’s a good read and I love the character of Queenie. 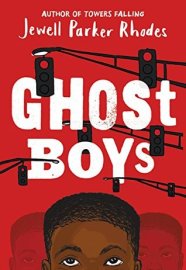 I wasn’t sure that I would get another book finished this month but this short book was the perfect thing to get finished in a couple of hours. Intended for younger readers, this book tells the story of a young boy who was shot by a police officer. It’s a truly sad story but one that does a great job of raising questions for young readers. It brings together the past and the presence in such a fantastic way. It’s a novel that doesn’t shy away from the truth but handles the unsavoury features quite carefully. This is another must-read for school children.

I was struggling to find a book starting with U that I would be able to finish this month so I picked up this beauty.
Today's review is the beautiful yet devastating Giovanni's Room by James Baldwin. For such a short book, there is an awful lot to take in with this one.
Do you like sprayed edges?
Fancy some non-fiction for Pride? You could do worse than this graphic novel. It has a lot of background on queer activism and theory written for everyone to grasp.
Happy Folio Friday to you!
Opened up Instagram this morning only to discover it hadn't bothered posting yesterday's photo. Vwey annoying
I'm partly responsible for this month's book club pick because I suggested that we read it.
My latest review is this little gem. The Employees: A Workplace Novel of the 22nd Century might only be 130 pages long but it's a spectacular read.
Do you plan your monthly TBR pile?