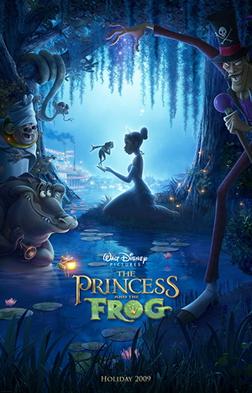 Yes, we should all be doing what we can to learn more about racism and how to live a more anti-racist life. Watching documentaries is a great thing but, every so often, it’s good to take a bit of time off and remember that life isn’t all bleakness. But if you’re feeling overwhelmed and exhausted by the things you’re hearing and reading about, do remember that Black people have been feeling like that their whole lives. So, it’s important not to let fatigue turn into ambivalence. After all, there are so many other things you can do to keep on living an anti-racist life. That includes watching and celebrating films made by, starring and written by Black people. We all know that there is a huge disparity in Hollywood when it comes to the representation of non-white people in all areas. It’s more than just Oscars so white. So, we need to start proving that people watch films starring BIPOC actors and telling BIPOC stories. And what’s the best way to do that? By watching films starring BIPOC characters.

I remember going to see The Princess and the Frog with one of my university housemates. He was a big Disney fan and was really excited. I thought I was a serious film person and felt a bit embarrassed to be watching it. It’s been a long and painful road to get away from dickish past. I doubt I’ll ever fully be free from it but with every year I get a little less concerned about appearing cool. But, unfortunately,  back in 2009 I was an idiot and I only went to see the film because my flatmate wanted to see it. He was excited about the fact that Tiana was the first Black Disney princess but even that didn’t really make much of a difference. I just wanted to seem completely disconnected from the whole experience. I don’t know what I thought would happen if people thought I enjoyed it but, clearly, it didn’t bear thinking about.

For that very reason, and to continue justifying my subscription to Disney+, I decided it was definitely worth going back to this film. It was time that I get it the attention that it deserved. To be honest, I remember that kind of enjoying it at the time. I certainly appreciated the music. The film is set in New Orleans in 1926 and tells the story of Tiana. She currently works as a waitress but has a dream of opening her own restaurant. Before she can sign off on a new restaurant, Tiana is persuaded to kiss a prince who had been turned into a frog by an evil voodoo sorcerer. Rather than the frog turning back into a human, Tiana herself becomes a frog. The pair must search the bayou to find a way to turn back into a human before it is too late.

The Frog Princess has all of the hallmarks of a great Disney film but it never quite reaches the level of the golden age. This is no Beauty and the Beast or The Lion King but it no Tarzan either. The animation is slick and the design is fantastic. Setting it in the south was a fantastic idea and the visuals are a lot of fun. On top of that, Randy Newman’s songs are a lot of fun. It’s kind of impossible not to dance to them. The problem is, the other stories just feel like they’re a little lacking. Tiana is a great character and I love her story but I do feel as though they could have done more for her. The whole film just seems thin compared to a lot of Disney’s greatest films.

I know that there were a lot of problems when it was being made. There were a lot of questions about what would and wouldn’t work with the character. The effects of Hurricane Katrina were still evident in New Orleans and it raised a few questions about good taste. So, you get the idea that Disney panicked a little bit about the arrival of its first Black princess and maybe they took a softer approach. Progression is a good thing but it can also be dangerous for a company that is so preoccupied with profit and reputation.

Although, saying that, there is a lot of good stuff here and it was definitely better than a lot of the stuff the studio had been putting out beforehand. It was a step back to their traditional animated past and, had it not been for their well-loved classics, it might have seemed like a huge success. I guess as a person who was raised on films like Aladdin and The Little Mermaid, the later Disney films are never going to compare. I am glad that I rewatched The Princess and the Frog though. It was a lot of fun and is something I wouldn’t mind watching again. And there are plenty of Disney films that I can’t say that about.

3 thoughts on “TBT Review – The Princess and the Frog”