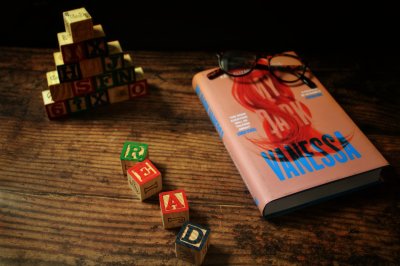 In my bookish post last Wednesday, I had a bit of a rant about people judging books on their unsavoury topics over their literary merit. This is something that has always bothered me about Lolita and bothered me about My Dark Vanessa. Despite being one of the most hyped debuts this year, I have still seen plenty of readers respond negatively to the book. Even as they praise the writing, they just can’t believe anyone would dare to write about that topic. When did we, as a society, decide that we should sweep things like this under the rug? As if even saying the word paedophile was promoting it. It’s insane. Yet do they care about all of the psychological thrillers that play fast and loose with serial killers to titillate their audience. The kind of books that get off on terrorising broken woman because the men in their lives are fucked up for no real reason. No, everyone loves those fucking books. Girl on a Train and those like it are universally praised by readers despite the content and despite the fact they have less literary worth than Nabokov’s most famous novel. What the fuck is wrong with people?

Nabokov’s Lolita haunts My Dark Vanessa. It almost feels as though Kate Elizabeth Russell is trying to counteract the romanticism that has built up around the classic novel in her debut. This time, the central relationship between a 40-something-year-old teacher and his 15-year-old student cannot be confused for something romantic and beautiful. It is clear from the start that we are witnessing a problematic relationship and that the novel exists to make us uncomfortable. You’ll have heard it all over the place but this novel is important and definitely a must-read. If you come out of it feeling bad and angry, then it’s done its job.

Over the course of the novel, we hear the story of Vanessa and the romantic relationship she had with Jacob Strane, her American Literature teacher. The narrative moves between her past and the present day. After several other women came forward to accuse Strane of sexual assault, Vanessa is forced to examine what really happened all those years ago. As she comes face-to-face with the stories of the other women, the romantic story she has been telling herself all these years starts to unravel. She finally starts to see the truth behind the greatest love of her life. Vanessa is forced to see just how much her life has been affected by what happened to her as a schoolgirl.

More than being the story of sexual abuse, this is a novel about storytelling. We see the stories that people tell themselves to be able to cope with the things that happen to them. Vanessa needed to tell herself that she was complicit in the relationship and that the love was real. This was the only way for her to survive and keep going. Strane needed to create the narrative that Vanessa pursued him and that she was in control. That was the only way he could continue to see himself as a good guy. Yet, we as readers can see, quite clearly, that the 15-year-old Vanessa is being manipulated. We can see through the language that Strane is using and we can see through the language that Vanessa uses to describe their affair.

The teacher gives his student a copy of Nabokov’s Lolita to read because he wants to promote the idea that men are helpless when confronted with a nymphet. He uses it to groom Vanessa into seeing herself as the dominates force in the relationship. Whereas, in reality, we can see why Strane picked her. She is a loner and awkward. She spends so much time in her head that getting any attention is everything. She’s easy pickings. As readers, we can see just how easy it is for Strane to manipulate her and seemingly give her power. Yet, there is never any doubt about what this is. The author never makes the mistake as showing this as Vanessa sees it. She talks about love but this is clearly abuse. Pure and simple.

This is an uncomfortable novel to read. The inclusion of several sex scenes is a lot to take but, again, this is the point. This isn’t a novel that wants to sugar coat anything. We see how easy it can be for authority figures to twist things and how easy it can be for victims to sympathise with their abusers. Vanessa almost becomes stuck in her teenage self and spends the next decade trying to get back that feeling that Strange gave her. She defends him from his critics and refuses to label the events of her past as they truly are. She has been convinced that she and Strane are the same and puts herself in the role of predator. You’ll spend your time wondering why she won’t let go but completely understand how she has got to this point. It’ll make you angry and sad.

This is a book that is really hard to read but one that doesn’t let you put it down. It’s a great character study of a victim of abuse and it really does highlight an important issue. The story gets under your skin and forces you to reevaluate everything you think you know about sexual abuse. It’s a very strong and timely debut. You can see that Russell is trying to handle this carefully while still making an impact. It works really well. Do I think the writing sometimes feels a bit awkward? Yes. Do I wish she hadn’t fallen for the “let out a breath I didn’t know I was holding” cliche? Yes. Do I wish she hadn’t adopted the time flip narrative? Yes. This isn’t a perfect novel but it’s one that everyone should read.