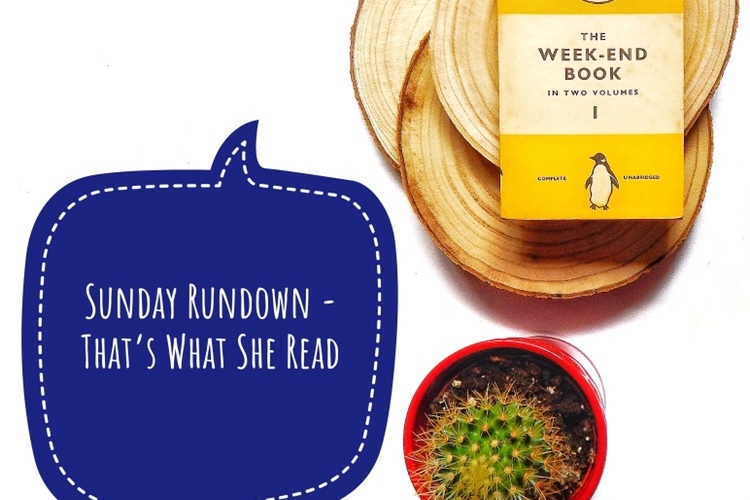 Yesterday marked one month of me being in self-isolation. In that time, I’ve only been outside a handful of times. Okay, outside of the garden. I’ve been on two walks and been to get my blood tested twice. In that time, I’ve had a few minor breakdowns and tantrums but I’ve mostly been coping. The worst part is not seeing other people. We all try and stay in touch but it’s not the same. And we’re the lucky ones. I can’t imagine how hard it has been for keyworkers to make the decision to leave their families until it’s all safe again. I know nobody was happy about lockdown lasting another 3 weeks but it feels like the main people complaining weren’t the people whose lives were being impacted the most. They’re just keeping their heads down and trying to get through this as best they can. We should all just consider how easy we have it compared to so many others.

For last week’s book review, I read Jay Rayner’s memoir/food writing after having owned the book for a while. I posted it on Monday as usual and, by lunchtime, Rayner had retweeted my review. I know posting very public reviews of books means that, occasionally, writers might stumble upon them but, given the size of my blog, it’s unlikely. So, it was a bit weird to think of him having seen any of it.  Read my review to see whether Rayner would have been happy or not.

What’s your favourite film adaptation of a Jane Austen novel? If you said anything other than Clueless then I have to question your tastes. Not only is it a remarkably well-made teen movie but it provides a really great setting for the novel. It deals with all of the potentially problematic elements and makes them work. It makes Emma a more understandable character. It just does everything so well. I couldn’t imagine anything else getting that close to perfection. But I still wanted to give the new one a chance. Read my review to see if it beat Clueless as my favourite adaption.

I knew that I wasn’t going to finish my current read in time for this review. Instead of doing what I normally would and finishing a quick audiobook, I decided to do a rant-ish style post about something on my mind. Namely, people being squeamish about books that deal with certain topics.  How people are often shocked to find out how much I love the novel Lolita given its storyline. Head over to my post to see how if this short novella was worth it.

I decided that, no matter how much I wanted to, I couldn’t review Clueless again for this post. So, I decided to put up with Gwyneth Paltrow’s British accent and watch this other 90s adaptation. Boasting a brilliant cast of British actors and one Hollywood name that probably didn’t belong in it. If you’re also feeling a bit nostalgic then head over to my review.

I was going to post a Friday Favourites this week but I was so uninspired. Anything I started just felt rubbish and I didn’t want to post something even worse than normal. I’ll give it some real thought for next week.

It took me ages to read this so I ended up buying the audiobook. This was the best decision ever made and I finished the book so easily. Hearing it Rayner’s own voice was everything I needed to engage with it better. This is why all non-fiction books should be narrated by the author. It gives their words even more meaning.

It probably isn’t but this feels like the longest book I’ve picked up in a while. I’m so used to choosing short reads that this feels very different. Though I’m really enjoying it and it hasn’t felt like a slog. I’ve been getting through an average of 50 pages a night. If I wasn’t working, I’d have finished this ages ago.

I think I’ve been pretty good this week. I mean I have just upgraded my phone so I’ve not been completely spend-free but no books.

So many books. So little time.
Probably my favourite read this month.
Okay, I didn't JUST finish reading it but I never actually posted a review of this one. Not as good as I was hoping for.
BOOK REVIEW: Celestial Navigation by Anne Tyler
BOOK REVIEW: Nightmares & Daydreams by Dominic Anton
I loved reading this again. I'd definitely recommend this beauty. Thank you @violetvenomx
There aren't many books that have made me feel this angry. The twist is so painfully obvious.
When you find a second-hand copy of a different edition despite having an already full shelf.
So glad I finally read this one.