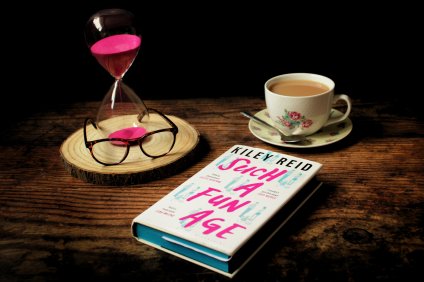 I was drawn into Such a Fun Age as soon as I read the concept. Emira Tucker works as a babysitter for a rich white family. Her employees are Peter and Alix Chamberlain. He is a local news anchor in Philadelphia and she is a lifestyle blogger who writes letters. One evening, Emira is asked to take their three-year-old daughter Briar out. While at a nearby grocery store, the babysitter is stopped and accused of kidnapping her young charge. I thought I knew where this novel was going but it kind of pulled the rug out from under me. We’ve seen this kind of thing going viral. With police officers or authority figures unnecessarily stopping young black people for crimes they didn’t commit. This novel could easily have drawn on those viral videos but it went deeper than that.

Such a Fun Age isn’t a book about obvious racism that exists all around up. Instead, it delves deeper and looks at those white liberals who kid themselves that they’re helping but are actually very misguided. This is a cutting and funny look at accidental liberal racism. Those white saviours who believe that need to help black people and celebrate having more than one minority at a dinner party. Or those white people who surround themselves exclusively with black friends and only date people of a certain race because it makes them feel good about themselves. The kind of liberals who claim race isn’t an issue but fetishise it to worrying degrees.

Emira and Alix come from very different backgrounds. Alix was brought up with money and hasn’t really had to worry about much. She makes a living by writing letters. She writes letters to companies asking for free products and reviewing them on her blog. She also helps young people write cover letters and college applications. Emira is 25 and about to be taken off her parents’ health insurance. She works 2 jobs and is only just surviving. They’re two very different people and they know very little about each other. However, Alix is pushed into changing this after her husband makes an on-air faux pas by making a racist comment. This, added to the grocery store incident, sees Alix try to save her image by forcing a friendship with her young babysitter. She becomes obsessed with Emira and things start to get super creepy. This isn’t just an overbearing boss but it’s somebody with a point to prove.

At the same time, Emira starts dating a white man. Kelley also happens to be the same man who filmed her confrontation with the store security guard. Directly following that night, he suggests that Emira release the footage and write an op-ed about her experience. While she doesn’t take that advice, she does agree to go for a drink with him. Kelley, it turns out, has a social circle full of black guys and predominantly dates black women. Kelley is the classic racial tourist and, like Alix, he believes that he knows what is best for Emira. Despite what they continually tell the world, both Alix and Kelley are incredibly hung up on race. Emira, on the other hand, is far more preoccupied with her professional situation. The incident in the store isn’t a horrible dose of reality about her race but about her job.

Emira is just like any other 20-something these days. Her life hasn’t turned out the way that she wanted and she worries that she hasn’t made enough of herself. She accepted the job as Briar’s babysitter because she needed the money but she stayed because of her young charge. Briar is overlooked by her mother who clearly favours her second daughter, Catherine. Briar is a sweet and inquisitive child. Emira adores the child and wants to make sure she feels loved. Emira is a classic millennial who has the same worries as everyone else. She is a complex figure and has plenty of worries about where she is going. However, Alix and Kelley have done what so many other people will and put her into a single box. They have objectified her to the point that they only see her race.

When it comes down to it, Such a Fun Age isn’t simply a book about race. To class it as such would be to treat it in the way Alix and Kelley treat Emira. It’s a book about human beings as a whole. Kiley Reid makes several astute observations about parenting, friendship, marriage, relationships, money, class, and so much more. It is a book that realises there is more to a person than their race. Though some of the characterisations feel a bit thin, Reid has a great grasp of dialogue. She understands the different voices of the many social groups that inhabit her narrative. Whether it’s Emira and her friends, Alix and her fellow yummy mummies, or Briar, everyone has a distinctive and familiar voice. And voice is an important issue here. Miscommunication and a failure to listen are the reason for many of the issues that arise in the novel. Neither Alix or Kelley listen to Emira but, instead, decide that they know what’s best for her. It is not a language divide that keeps people from connecting but the inability to listen or understand another point of view.

For a debut novel, Such a Fun Age is a wonderful read. The writing is simplistic but in a to the point way. It’s charming and funny but it remains authentic throughout. The narrative a lot to say about society and definitely hits on some big topics. It is hard to escape from the fact that a lot of things feels quite coincidental and convenient. People meet out the blue after so many years while others bump into each other on the train days after their initial and brief meeting. It feels a bit too much and unbelievable. I’m also not entirely convinced by the two separate perspectives. The chapters are narrated from either Emira or Alix’s point of view and the narrative skips back in time whenever a flashback is needed. I’ve never liked that way of telling a story as it’s a superficial way to create narrative tension. But, I really enjoyed this book and I look forward to reading more by Kiley Reid.