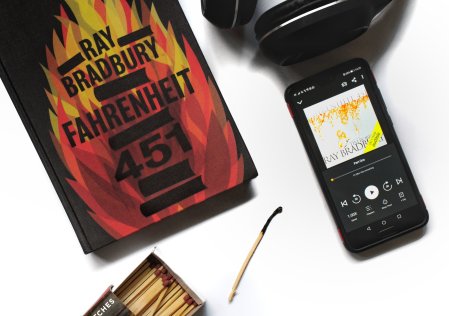 As I’ve said countless times already this week, I didn’t get a lot of reading done over Oscars week. I just couldn’t find the time between writing so many posts and watching so many films. Yet, I’ve been determined to continue writing 2 book reviews a week. For one thing, it pushes me to read more and, for another, it gives the blog a better balance between films and reading. In order to catch up, I listened to 2 more audiobooks this weekend. The first was The Child which I reviewed on Monday. The second was a dramatisation of Winnie The Pooh. I was all set to post a review of it today but, instead, I wanted to talk about something that’s been bugging me recently. I was out with some friends last week (none of them are big readers) when I mentioned how many books I’d read last year. They were impressed, which is how you can tell they’re not overly bookish people. Compared to most of you guys I’m an amateur! But, they’re encouragement was quickly displaced with disbelief when I mentioned how useful audiobooks had been in helping me get there. Apparently, it doesn’t count. I know they were joking but, in the bookish world, this attitude still exists. And I’m not here for it.

Back in January, I mentioned on my Instagram that I was listening to an audiobook. One of my Bookstagram friends messaged me with a crying laughing emoji. Apparently, they were surprised that audiobooks were so popular amongst people who read. I didn’t quite understand what was going on. I know that I used to be sceptical of audiobooks but only because I never trusted myself to take it in. I’m too easily distracted by what’s going on around me. How could I make sure that I took in the whole story and didn’t have to go back every few minutes? But the idea that audiobooks don’t count as books was absurd. The idea that people think it’s cheating or not real reading is insane to me.

For one thing, audiobooks are a necessary thing for many bookish people. Can you really be so ableist that you can’t imagine how difficult life is for people who are blind or have illnesses that make reading difficult? What about people who have broken limbs or are confined to their beds? Audiobooks are the only way that some people can still connect to their books. And that’s before we’ve even mentioned mental health. Being in negative head space or being depressed has a massive impact on you as a whole. As I mentioned in my 2019 review, struggling with my mental health made it really difficult to read. My friend who suffers from depression was recently telling me how much he’d enjoyed listening to audiobooks. How much it helps him. Sometimes, we’re not in the right place to handle a physical book, so does that mean we don’t deserve to read?

And let’s be honest, in terms of how your brain processes it, reading and listening to a book are pretty much the same thing. Yes, it might engage different pathways but the basic processes are the same. In terms of comprehension (figuring out the story, the syntax etc), studies have shown that you follow a story just as well through listening as you would through reading.  The fact is, if you’re good at reading then you’re good at listening. You’ll follow the story and get exactly what you need to from the novel. The one big difference between reading and listening is decoding. That is, taking the letters on the page and translating them into something that makes sense. But, for literate adults, this is something that doesn’t really take much effort. It’s second nature. So, if you’re about to say, reading takes more for your brain to accomplish, then I have to say that science disagrees.

Okay, so you might then go to my argument of distraction. Yes, it is entirely possible for your mind to wander when you listen to an audiobook but, depending on who you are, it can be just as easy to get distracted when reading. The number of times I’ve had to reread passages because I didn’t take them in the first time will prove that. The thing is, your brain prepares for this. When you read, your eyes will constantly be moving back and forth. You won’t even be aware of it but your’ll be going back to get missed words and working out syntax. At the same time, when listening there is such a thing as echoic memory. This means that, even if you aren’t aware of it, your brain is taking in the things it hears. You might think you’ve missed a section of a book but, when you go back, you will realise that it all sounds very familiar. Though they may not be completely clear, those words are stored somewhere in your memory.

I understand that, if you forget something earlier on in the book, it becomes harder to check it in an audiobook. But I would argue that it’s also a pain when reading an ebook. To your brain, listening to an audiobook or reading a physical book is exactly the same. So, why can’t it be for everyone else? Obviously, it depends on the narrator but listening to an audiobook can make a book work better. Listening to a comedian reading their book often helps the jokes land better. It’s what I said about Nomad by Alan Partridge. I think I’d have hated it if I’d read the physical book.

Let’s also not forget that, historically, the written word is still a relatively new phenomenon. It wasn’t until he 15th century that it became easy to create and distribute books. Humanity has a much longer tradition of passing stories on orally. It’s thanks to this tradition that we still have the likes of Beowulf today. Stories have always been something to read out loud. Maybe it’s less that audiobooks are cheating and more that modern readers have let their listening skills go to shit? Instead of saying that audiobook readers are less bookish, I’d go so far as to say listening to stories makes you more bookish.

But it doesn’t matter either way. The worst thing about this argument is what it represents. It’s that dark and competitive side of the bookish world. The gatekeepers to the written word. The people who seem to complain about audiobooks are the people who spend all their time bragging about how much they read in a year. The people who, quite possibly, don’t take in any of the books they put on the list because they’re trying to get through it so quickly. The idea that consuming a book in any way is somehow cheating is to ignore the basic of reading: to enjoy the book. People who judge anyone else’s reading habits are showing a very ugly side of being bookish. The people who think that simply making their way through a book is worthy of praise instead of just something to enjoy. Let’s stop trying to win at reading and just all have fun doing it. However you decide to do that.