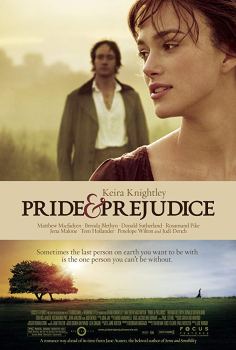 Tuesday 28th January marked the 207th year since Jane Austen’s Pride and Prejudice was published. The novel is one that is beloved by so many bookish people. I’ve never been a huge Jane Austen fan. I’m one of those people whose favourite Austen novel is Northanger Abbey. It’s fun and Catherine is, by far, the Austen heroine I most identify with. She’s a little foolish and lets her mind get the better of her. She’s always felt like a real teenager. Okay, a normal teenager from a completely different era but just because a teenager was living in the 1800s doesn’t mean they’re not going to be stupid. I’ve never really felt that about Lizzie and the others. It’s the same reason I don’t empathise with anyone in John Green novels; they don’t act in a way I feel people of that age would. I get that she’s got a brilliant mind, she’s independent and strong-willed. She’s a powerful female character but she’s almost too good to be true. And yes, I know she has flaws, it’s kind of the point of the story. But even her flaws are somewhat perfect. She’s pretty but not too pretty. She’s polite enough and rude enough to be accepted by nearly everyone she meets. She isn’t really too much of anything. How can you live up that?

When you think about adaptations of Pride and Prejudice what comes to your mind? I’d wager that the majority of people would think about the 1995 television series starring Jennifer Ehle and Colin Firth. It has, in a way, become synonymous with the novel, which is the reason so many fans of the books weren’t exactly thrilled about Joe Wright’s film version. And that was before they found out about the changes. Colin Firth is the only Mr Darcy for some people. That’s something I’ve never really understood. He’s great, don’t get me wrong, but is he dreamy? I don’t think so. And what’s the bizarre obsession with him being damp? Why does Colin + moisture = sexy? But that’s not really important. For whatever reason, people just couldn’t imagine anyone else playing Darcy.

But, I’ll be honest, Matthew MacFadyen is my idea of a Mr Darcy. I’m sure any huge P&P fans will disagree with me but I think MacFayden gives a strong performance. The film plays up Darcy’s social awkwardness and makes him a much more sympathetic character. I could more easily fall in love with MacFayden’s Darcy than with Firth’s. But, I have to say that I’m not a fan of Keira Knightley’s Lizzie. I mean, I’m not her biggest fan ever but I feel she was miscast in the role. For one thing, she’s far too pretty. I know this is a superficial complaint but Jane is supposed to outshine her younger sister but, as beautiful as Rosamund Pike is, Knightley takes the attention. No matter how terrible the costume department tries to make her hair look. Also, there are some incredibly questionable facial expressions pulled by Elizabeth that just irritated and distracted me.

I didn’t hate this film at all. In fact, I think it did a fairly good job of cutting down the novel to fit into a 2-hour film. It alters things a bit and removes some of the background noise. However, I think it mostly works. I do question a lot of the characterisations though. I mean look at Mr Bingley. He just feels like too much of a fop to be worthy of Jane’s esteem. Then there’s Judi Dench turning up for her obligatory 2-minute performance of a cranky old woman. Shocked she didn’t add another Oscar to join her Shakespeare in Love award. The cast is full of big British names but so much of this film feels off. And let’s not even mention Donald Sutherland as Mr Bennett. He’s a great actor but not the most obvious choice.

Still, this is a beautiful film and director Joe Wright did an amazing job bringing it to life. It follows the story as much as it needs to and it does everything it needs to. But I don’t know if I really enjoyed this film. I mean, it’s familiar and there’s some comfort in that. We know how this story is going to end. You don’t even need to have read the novel to know. It’s a classic romantic comedy structure. This isn’t a terrible film but, I’ll be honest, it’s never really set my world on fire. But, given the source material, it was always going to be difficult.