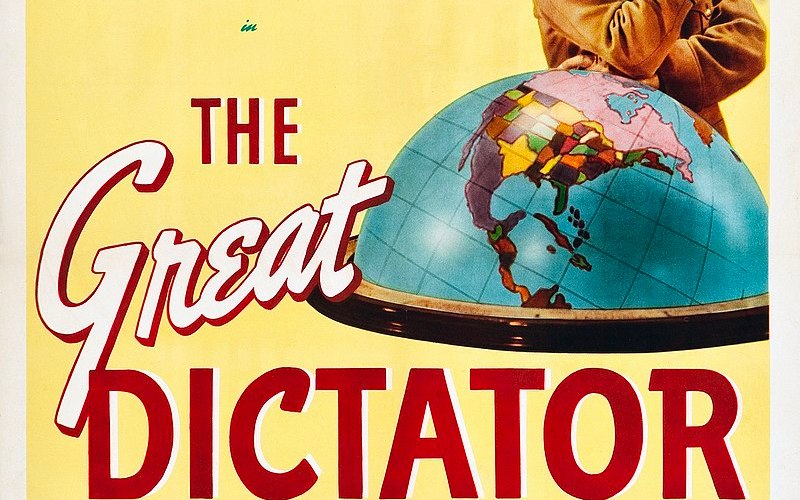 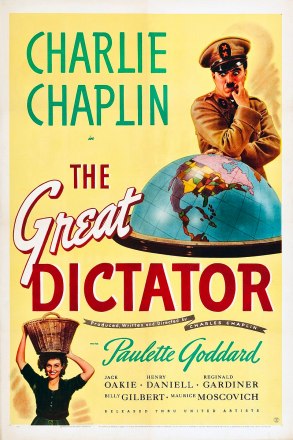 As you’ll know from my review on Tuesday, I loved Jojo Rabbit. It was the funniest film I’ve seen in a long time. But since I watched it, I’ve read a lot of criticism about it. One of these was based around the fact that Taika Waititi’s portrayal of Hitler just came down to pulling silly faces. As if that didn’t make it enough of an anti-war film. Which is ridiculous. Waititi’s version of Hitler would be at home with any of the propaganda that the allied forces were putting out during the war. We have always been well aware that one of the best ways to take power away from a dictator is to turn them into a laughing stock. It’s been a tradition that has been handed down to us and that we should continue with. Look at America. Donald Trump is gaining support in many places in America but he’s basically a laughing stock around the world. Yes, it helps that he’s a fucking moron but it means he’ll never be a full figure to fear.

Did you know that Charlie Chaplin and Adolf Hitler were born in the same week in April 1899? The Reich had banned Chaplin’s film because they believed that he was a Jew. Things that work together to make his portrayal of Hitler-esque dictator Adenoid Hynkel even more delicious. Especially when Hynkel is continually mistaken for a Jewish barber. If you weren’t already expecting it, you can be sure that this is a very clever film.
In the film, Chaplin plays the dual roles of Hynkel and the nameless Jewish Barber. The Barber returns from fighting in World War One with amnesia. He has no idea what’s been happening recently and is shocked to find the Jewish people living in the ghetto are being terrorised by stormtroopers. He and his neighbours fight to find a better way to live.

Like Jojo Rabbit, The Great Dictator gained a lot of criticism from the moment it was announced. In 1937, when the film started production, Hitler was still seen as an ally to many Americans. It was eventually released in 1940, just before the United States entered the Second World War. The film was continually criticised for trying to make the Nazi’s rise to power seem funny. And even Chaplin once said he would never have done it had he known the truth about the Holocaust.

Still, it cannot be denied that The Great Dictator was and still is an important film. It soon became a way to bring America out of its isolationism and prepare to fight against the Nazis. It did so by tearing him apart and making him a laughing stock, something that Chaplin was the perfect person for. Whatever else, this film works because of its silliness. Don’t get me wrong, it’s very clever in its silliness but this film works from a political standpoint because of its humour.

Chaplin takes some of Hitler’s defining features and mocks them. He was praised as a great orator, so when Hynkel stands behind the microphone he speaks nonsense. This is a super childish film that features petty attacks on a horrible man. It’s perhaps the only way to deal with this. Chaplin is saying that we can’t view Nazism as anything other than a horrible joke. It exposes how farcical fascism can be and how much of a hypocrite. We see Hynkel proudly proclaim that, after the Jews, the brunettes are the next to go. The very dark-haired Hynkel has never seemed more ridiculous than when he declares himself the ruler of a future Aryan nation.

Yes, the slapstick comedy might not have aged incredibly well in the last 80 years. (Incidentally, when I realised this film was 80 years old I screamed “fuck me” out loud and nearly had a panic attack. How did it suddenly become 2020?) But this is still a really funny film. Chaplin is a master and there are some amazing moments. Watch as Hynkel “dances” with a blow-up globe. It’s phenomenal. Or just any scene in which he falls over or is thrown around the set. It’s hard not to have a good time watching this.

Although, not everybody necessarily would have. It was said that Adolf Hitler managed to get a copy of the film and watched it twice. Nobody ever recorded his reaction to it but it must have been a glorious thing for Chaplin to imagine. It’s wonderful to think of the Führer watching this film and seeing the angry scowl forming under his moustache. This film is not just anti-Nazi, it is pure Chaplin. It’s silly. It’s childish. It’s emotional. It’s perfect.