What were your favourite films in 2019?

Looking back on my favourite films of 2018 has been tough. I definitely think I was a little generous with some of them. I mean, what was I doing putting Solo in my top 10? When I remember that now, I only remember bad things about it. I might have to rewatch it to make a final judgment. But I certainly think my ratings have been harsher this year. Last year I gave out 5* reviews as if it was an end of season sale. This year, I still don’t think I’ve quite cracked it but I think I’m getting there. Though I did end up with an awful lot of 4* films. 9 in total. I should have written a separate list of those films. And they were all films that I did really enjoy but, I guess, it wasn’t quite as much as these 10. But that’s the joy of criticism. It’s a personal preference that you offer to the world. I’m never one to suggest that my analysis of a film is the only way to look at it. I just like writing it down. Maybe some of you will get something from that but probably not. It won’t stop me doing it. Anyway, I’m starting to babble, so I’d better get on with it. Here are my top 10 films of 2019.

I never thought that I’d be including a Christmas film in my top 10 this year but Netflix really pulled it out of the bag with this one. This is beautifully animated, perfectly voiced, and a brilliant story. It breathes new life into the Santa Claus myth and has some fun with it. Netflix hasn’t typically done well with their Christmas output but Klaus was definitely a change in direction. My review is here.

Another new addition to the list. I watched this film this morning. It was definitely the wrong time because I wasn’t quite awake yet. So, I maybe didn’t appreciate the start as much as I should have. When I finished I was torn about how to rate it. I could see that it was a brilliant film and that Scorcese and co had done it again. Yet, I also know that I’m never going to watch it again. It’s a film I could appreciate but did I enjoy it? And does enjoyment always matter? Who knows. I need to think about this some more. Check out my review when I’ve written it next year. 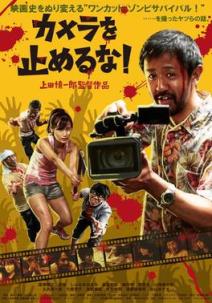 I’m glad that I actually got round to seeing this film. I’d heard about when it was first released but didn’t get a copy for ages. It’s not at all what I expected to be but it’s really worth a watch. I recommended it to a friend currently studying film at university because I think it gives a great look at the whole process. It’s such a bizarre and original film. It’s funny, strange, and really interesting to watch the various parts play out. This is a hard one to explain without giving too much away but just do yourself a favour and watch it. If you’re wondering about this one then you read my review here.

I definitely think my response to this film was affected by my unwavering and ever-growing love of Olivia Colman. Looking back now that I’ve had a year full of great films, this one seems a bit more problematic to me. When discussing it with a friend earlier this year, we described it as a film we probably wouldn’t see again. Don’t get me wrong, it was a beautiful and well-made film. It was just a bit too quirky. Maybe in a different time or with a different lead, I’d have found it too much? I don’t know. Maybe I just need to watch it again to know for sure? If you aren’t sure, my full review can be found here.

6. Once Upon a Time in… Hollywood

When my friend came home for Christmas we met up for a pre-Christmas drink. During that drink, I moaned about how people had fallen in love with Joker despite how troubling a film it is. Thankfully, she agreed. Then she went on to say the same thing about this film. And it made me think about my position. I know that there are plenty of dodgy things about Tarantino that I should be against. And there is something about his decision to play with history the way he has. But, I really loved this film. It was not what I expected it to be but it was so good. The performances were great and the way the story played out was entertaining. Maybe I’m ignoring several warning signs to be able to do that but I think I stand by my initial reaction. My review can be found here.

5. If Beale Street Could Talk

Sometimes, I worry about my system for rating films. I was so confident with giving this 4.5* first time around but then I wrote this list. I’m kind of mortified that the 12-year-old boy who lives inside my head has created a situation that means I gave Endgame full marks when I couldn’t bring myself to do the same for Barry Jenkins’ gorgeous film. If Beale Street Could Talk was a beautiful portrayal of young love that has to overcome a racist society. It’s such a tragic yet heartwarming tale. If I’d watched it later in the year I guarantee that my rating would have been higher. My film review can be found here.

No matter where you stand on comic book movies and Marvel cinema, you have to agree that this release was the movie event of the year. Endgame was going to be the epic conclusion of 11 years of hard work and universe building. These characters are old friends at this point and there was a lot riding on this film. As conclusions go, this was pretty perfect despite all of the flaws. If I look at this with a critical that on I’d be able to come up with a list of things it could have done better but that didn’t matter. As a fan, this did everything I needed and wanted it to do. If that doesn’t deserve 5 stars then what does? My super fanboy review can be found here.

When I watched Roma in January this year I didn’t think that anything else would be able to live up to it. It was powerful and intimate filmmaking. Alfonso Cuaron had made such a personal and human film that you couldn’t help but get drawn in. This is the kind of film that can be compared to art because every scene is beautiful and that includes the ones full of dog shit. It’s not necessarily the kind of thing you’ll watch over and over but it’s the kind of film you’ll never forget. It was one of my first Oscar nominee watches at the start of the year and my review can be found here.

A new addition to the list but a justified number 2. Yes, it helps that it’s so fresh in my mind but the performances in Noah Baumbach’s film were breathtaking. Adam Driver and Scarlett Johansson were sensational and real throughout this film. I can’t tell you how many times I’ve listened to Adam Driver singing ‘Being Alive’ because I’ve lost count. But it still gets to me. That quivering breath he does at the end… oh my god. This is a film that not only lives up to its hype but possibly even goes beyond it. My review went up today and can be found here.

If you’d have told me at the start of the year that I’d be placing a Robert Pattinson film as my number one then I’d have scoffed. I’ve nothing against him but I can’t say that I’ve been that bothered by him either. This was different. A two-handed film from Robert Eggers which is full of horror, humour, and fabulous acting. It genuinely blew me away when I watched it. It’s the kind of film that you could watch time and time again because you’d pick up something new each time. This is the kind of film that gets to you and I can’t quite explain why. Though I did try to when I wrote my review of it here.