What were your favourite reads in 2019? 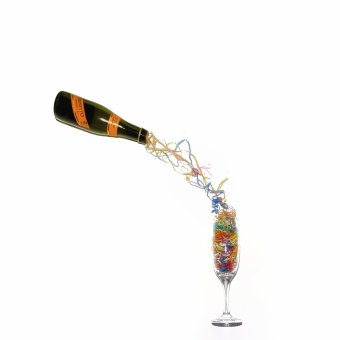 2019 has been my best year for reading so far. I had originally set my target as 30 but managed to smash that a while ago. I then upped it to 50. I hadn’t thought that I’d done very well in December but, upon looking back, it turns out I got through 6 books. Much better than I’d expected and something that means that I finished the year with 58/50. I know compared to many people this isn’t a lot but, for me, this is a massive achievement. Something that I want to discuss later. I know that the number of books isn’t a very good metric to use to measure success though. I’ve never been a fan for competitive reading and sometimes it feels as though Bookstagram is basically a way for some people to brag about it. Though, as in all walks of life, it’s all about the quality rather than the quantity. In 2018 I had four 5* books and four 4.5* ones. This year, I’ve not had as many of those top books but I’ve had far fewer lower scores. This year there has been an abundance of 4 and 3.5* reviews. This means it was really difficult deciding which books would make my top 10. In the end, I went for enjoyment over the writing style. Although, most of the times these two went hand-in-hand. So, without further ado, here are my top 10 books of 2019.

10. The Handmaid’s Tale by Margaret Atwood

I reread this classic before I started The Testaments. Partly to get me in the mood, partly because it’s been a while, but mostly because I fucking love it. I admit I had a few more issues with it since I’ve aged but this is still a powerful and important book now. Atwood is a fantastic writer and makes the story incredibly readable despite all of the horrific consequences of its setting. The only reason that it is at the bottom of my top 10 list is simply that it was a reread and it felt fair to have the newer books ahead of it. If you’re interested in finding out more, then check out my full review here. 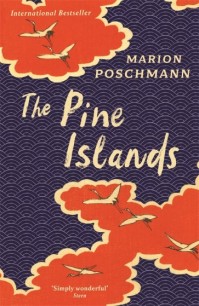 9. The Pine Islands by Marion Poschmann

I first heard of this book when it was nominated for the Booker International Prize. It sounded like an interesting book so I bought myself a copy as soon as possible. This is a strange but original story that never quite takes you the way you expect it to. It’s gripping in its own way even though there isn’t a great deal of action involved. You really get to know the main character and watch as he goes through something of a personal crisis. This is the perfect read for anyone who loves a good character study and an retrospective on ageing and legacy. If I haven’t already convinced you, then check out my review here.

8. My Sister, the Serial Killer by Oyinkan Braithwaite

I had seen this book being positively reviewed everywhere and I was convinced that it would be another of those super hyped books that I hated. I got a copy to read during my spooky/bloody October and loved it. Almost instantly in fact. The writing was so simple but so engaging and effortless. The story was fantastic and the interpretation of sisterhood was spot on. I understood where the main character was coming from and why she did what she did. It felt real even if the situation it described wasn’t something we could really foresee happening. It was a fun book and one I read easily. I did have a few quibbles with it but, for the most part, I adored every second I spent reading it. For a better insight into the book then check out my review here.

7. If Cats Disappeared from the World by Genki Kawamura

I saw this book in a bookshop when I was visiting my friend in London. The title grabbed my attention, as you’d expect, and the premise made it a must-buy. If you found out that you had a day to live and the Devil offered you more time, what would you sacrifice? It’s such an interesting and fun narrative. Which, considering the inevitable death of the narrator, is a strange thing. Yet, I loved watching this story play out. There was plenty of emotion and darkness mixed with the humour to give it the perfect balance. I was genuinely excited to pick this book up every night. My full review can be found here. 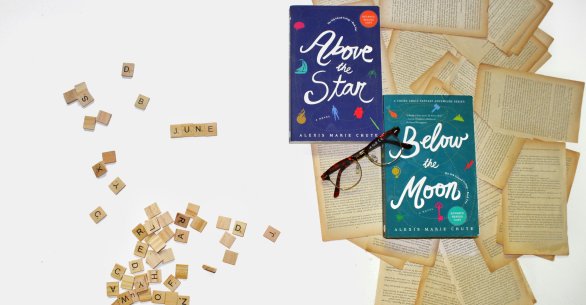 6. Below the Moon by Alexis Marie Chute

I’ve worked with writer Alexis Marie Chute since her first book was being published. I was involved in the cover reveal of Above the Star and I was able to review that for you all. So, I was delighted to get to work with Alexis again on the second book of the trilogy. Delighted because I genuinely loved the first book. It was so different to any YA that I’d ever read and the illustrations really brought everything to life. The second book is just as good and cements the connection that I see between Chute and Neil Gaiman. There is a weird and dark vibe to her fantasy world yet a real understanding of humanity and human relationships. I can’t recommend this series enough. See it for yourself here.

I bet you’re sick of seeing this book on people’s Top 10 of 2019 lists. I have to admit that the Indie part of me that still exists somewhere inside of me is livid that I’m being so unoriginal. I didn’t think I was going to like this book. In a way, I didn’t want to like this book. It was too popular and I didn’t see myself falling for the hype. But I was wrong. This book is so original and fun to read. The format is fantastic and far from just a gimmick. The characters feel real and there is plenty of depth to the story. Maybe the ending could have been better but that’s a minor thing. This book deserves a place in my top 5. You can read more about this in my review here. 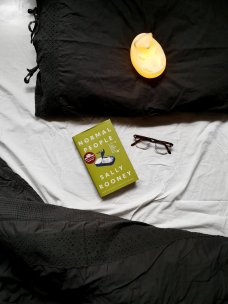 This was the first book that I finished this year. I’d started it in 2018 but I was shit at reading last year. I finished it early on in January so it counts. I think so anyway. This is another of those books that people who didn’t read last year will definitely include it in their top 10. It’s such a fantastic book. The two main characters are so perfectly realised that you can’t help but get drawn into their lives. This is a novel that has a lot to say about love and gender and being young. It’s practically perfect. As I posted my review basically a year ago you might have missed it. Go and find it here.

Another reread and one of my 3 5* reviews this year. Tolkien is a great writer with an enviable imagination. He is also, from the looks of it, an amazing dad. This book is full of the letters he wrote to his children in the guise of Father Christmas. It is full of charm, love, and sentimentality. It’s great to get an intimate snapshot of his family life and to watch as one father starts to feel all of his children slipping away. This is something that you can snuggle down with at Christmas and feel your heart grown in size as you read through it. I should definitely make it an annual affair. My full review can be found here.

2. Before the Coffee Gets Cold by Toshikazu Kawaguchi

I bought this book for the cover and I stayed for the amazing narrative. Japanese fiction has never embraced science fiction in the same way that many other countries have. Yet, this time travel book feels very natural and realistic. So much so that you can imagine it actually happening which you can’t say about a lot of science fiction. This is a very intimate story because it was expanded from a theatre script. I loved this aspect of it. You really get to know the people and understand why they decide to travel through time. It’s such a great look at humanity and our obsession with the past. It’s also evidence of how strong our connections with other people can be. The love that lasts for years and outlives even ourselves. It’s beautiful and very nearly made it into the top spot. To find out more read my review here. 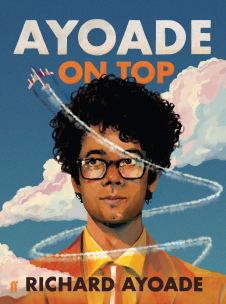 1.Ayoade on Top by Richard Ayoade

I always knew that this was going to be one of my favourite books this year because I’ve loved everything that Ayoade has done. I never knew just how much I’d love it though. This is an incredibly funny, moving, and clever analysis of a really shitty and mostly unknown film from the early 2000s. A film that a friend and I watched one fateful evening and that has never left my brain since. This is more than just a funny book because it goes into so much detail about films. Yes, it’s all done in a sarcastic way but there is a lot to learn here. Ayoade is a film lover and is an intelligent director. This comes across more than ver here. I’d recommend it to everyone and, in buying it for my friend, it even forced me to go against my normal rule of not buying people books for Christmas. To hear me gush about this more check out my review here.