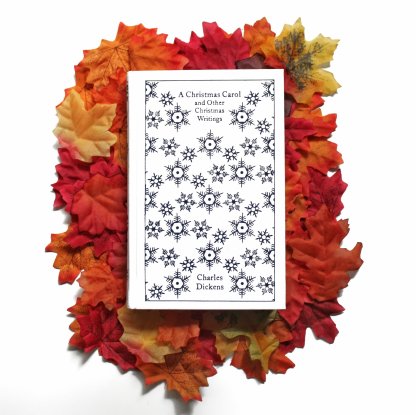 So, the BBC and FX have made a new adaptation of A Christmas Carol. This one isn’t like the rest though. It’s by the guy who did Peaky Blinders and has Guy Pearce playing the youngest looking Scrooge ever seen on-screen (probably, I can’t be bothered to fact check). And it has Andy Serkis playing the ghost of Christmas Past. Although, no matter how stylised or different the story might look, every adaptation of A Christmas Carol is the same as the last. I mean the story never changes and there are only so many new ways to interpret it. Yes, I think it is an apt tale for modern times when the gulf between the rich and poor is bigger than it has been in decades (again, probably, I’m neither an economist or a sociologist). But I do have to ask “do we NEED another one?” And I say that as someone who bloody loves the book. Also, I’m not alone. I read a story that suggested Andy Serkis said the exact same thing when he was offered the role. I’m sure it’ll be a great adaptation but, no matter how many times people say it’s the most original adaptation we’ve ever seen, I’m still not convinced it’ll be that groundbreaking. And I should know. I’ve watched a lot of adaptations in the past few weeks in preparation for this list. I’m still nowhere near seeing all of the various ones but I’ve got a good idea of what’s out there. And, it’s safe to say, I’m bloody bored of hearing the same lines over and over again. Well, until I watch the new one on 22nd December.

Not a huge shock, I grant you. You probably all know my immense love of this film by now. Not only was it the number 1 film in my Top 11 Essential Christmas films list but I wrote a rather fawning review of it a few years ago. When you talk about giving a fresh perspective to an old story this is about as good as it gets. The addition of Muppets and great songs means you forget that you’re watching the story you’re already so familiar with. Plus, Michael Caine is not only the perfect Scrooge but it’s also super fun to watch him acting with Muppets. There is no better adaptation than this and there never will be.

There have been a lot of horrifying attempts to place the story in a modern setting over the years. It’s like people who think they’re being really clever by setting Shakespeare in the 90s or something. Making Scrooge an executive in a top firm and, in some cases, swapping his gender for no reason, is the smug result of a group of bigwigs being “progressive”. However, for the 10s that don’t work, there is normally one that does. The film that sticks out is this one. Of course, it helps that Bill Murray is the heading up the cast as he manages to bring the perfect level of smarm and cutting wit to the role. Okay, so the film is a bit messy but, at the end of the day, it works. And I love the subplot of the network’s own production of A Christmas Carol. It’s the perfect distraction.

An oldie but a goodie. Alastair Sim is perhaps the best representation of Scrooge on screen in that he looks exactly as you’d expect the character to if he stepped out of the pages of the book. He also does one of the best jobs at realising the character. He brings a slight humour to the role. There are few, if any, who have played him better than Sim. It’s an iconic film that still impresses me for everything it achieved at that time. The way that the ghosts are realised on the screen is still amazingly ghoulish. Other older adaptations may not have aged well but I insist that this one stands up to this day.

Again, this doesn’t exactly do anything major with the story but this is a film that is all about its leading man. P Stew is a fantastic actor and he is clearly thrilled to be playing Scrooge. Do I agree with a bald Ebeneezer? I’m not entirely sure but I think Patrick Stewart provides a fun performance. P Stew really does elevate this film to a new level and I love Richard E. Grant as Cratchit. But, I have to be honest, that this isn’t a great film. Though it does include several scenes that most adaptation don’t and I appreciate that. This film is still worth a watch.

Again, this probably isn’t the most outstanding film ever but there is something great about this musical version of the story. I started this review by describing Guy Pearce as the youngest looking Scrooge but Albert Finney was definitely one of the youngest actors to take the role (again, I’ve not looked into it too deeply). He was only 34 when he took the role but, thanks to a lot of makeup and a great performance, he managed to do a great job. I still can’t decide if I like or hate the scene that takes place in Hell towards the end but this is one of those adaptations that gets me a bit emotional. Without Finney, I’m not sure how much I’d like it but he certainly brings the role to life.

Blackadder is an incredibly clever and funny series. I know I’m in the minority but I even love the dodgy first series. Not as much, obviously,  but I like how messy it is. So, it should go without saying that the Blackadder adaptation of Dickens’ Christmas tale is so wonderful. Flipping the story on its head, this shows us how a kind and caring member of the Blackadder family learns that being evil and selfish is the way to get ahead. It’s got a great cast and is really slick. It’s definitely worth a watch.

One thought on “Friday Favourites: A Christmas Carol Adaptions”