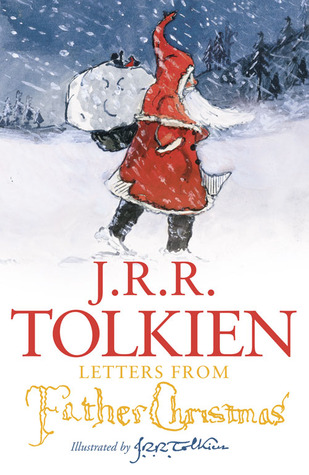 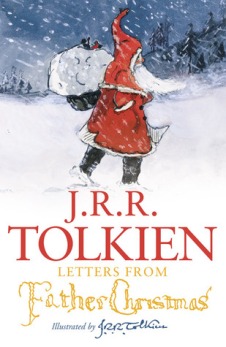 As I said in my Friday Favourites, it would have been amazing having J.R.R. Tolkien as your father. Having a man with such a vivid imagination and a talent for creating new worlds telling you bedtime stories? Amazing. Then there’s his Christmas tradition. My father did the usual parent thing of pretending to send out letters off to the North Pole. This was done in a myriad of different ways: burning them, I’m sure there were fireworks one year, posting, and faxing. It was great at the time. But the one thing my dad never did was write back to us pretending to be Santa himself. Though he did dress up as him one year at the school fair. Being the killjoy that I am, I wasn’t having any of it so it’s probably for the best that he didn’t try and copy Tolkien’s yearly tradition.

From 1920 to 1943 author J.R.R. Tolkien wrote letters to his children in the guise of Father Christmas. In these letters, Jolly Old Saint Nick would tell the children tales of his life in the North Pole. This included the misadventures of his companion the North Polar Bear. Many of the letters were accompanied by intricate and beautiful drawings from the writer’s own hand. Over 23 years, Tolkien created a rich world for his children to enjoy and look forward to. These letters are a father’s attempt to keep the magic of Christmas alive in his kids for as long as possible. They are a great thing to read at this time of year and, no matter how many times you reread them, they will always bring joy.

This selection of letters is wonderful to read for so many reasons. The first, are the stories themselves, which come from one of the greatest literary minds of all time. They are so full of charm and fun. Exactly the kind of stuff you’d expect from the creator of Bilbo and Frodo Baggins. The North Polar Bear is quite a character and he gets into some almighty scrapes. There’s the moment when he accidentally sets off all of the fireworks that make up the Northern Lights or the time he ruined the presents by falling asleep with the bath running. These are stories that stand the test of time and can be enjoyed by children of any generation. They aren’t the same old Father Christmas stories that we’re used to. These are original and dramatic. You’ll love the whole host of characters and want to spend longer in their world.

But, unfortunately, they have to come to an end. The letters are also a poignant look at the life of a father. We feel Tolkien’s joy as he first writes to his eldest son and the lengths he will go to to bring magic into their lives. As the years pass and the children get older, the letters start to become more emotional. There are references to the older children and pleas to include them. You start to feel the emotions of a father realising that his children are outgrowing his customs. The customs that have made him so central in their lives every Christmas. These letters show how much Tolkien cares about his children and how much he feared them growing up. If anyone can read his final letter to his youngest daughter and not feel even a bit emotional then they’re a stronger person than I am.

Tolkien’s letters are a great window into his family life and a great snapshot of a family. They let us take a peek at the man behind the books and it’s beautiful. This is a piece of family history. And it’s a piece of actual history. These letters span an important time in modern history. It takes us through the start of World War 2 and we see the real world start to creep into Santa’s world. The references to difficult financial times, children being evacuated, and the horrible menace waging war all hint at what’s going on. We see Tolkien use the figure of Father Christmas to help his children get through an unbelievably difficult and scary time. The stories are meant to help them and show them that there is always good in the world. And it is a good that can triumph. We see that through Santa’s encounters with the awful Goblins. The army attacks the workshop twice and, both times, our heroes conquer them. Father Christmas is the beacon of hope.

The Letters of Father Christmas is a wonderful collection of letter and illustrations. All of the letters have been beautifully rendered in this edition so readers can experience them as his children would. You can see the shaky handwriting and the exquisite illustrations. You see the great lengths that Tolkien went to so he could keep the figure of Father Christmas alive. It’s such a beautiful and sweet read. It speaks of the real meaning of Christmas and the real meaning of family. It is evidence of humanity, love and imagination. It’s the perfect family book. Something that you can share with your own children. This is the kind of book that makes you want to start this tradition yourself. Even if you know it won’t be as good as the man himself.