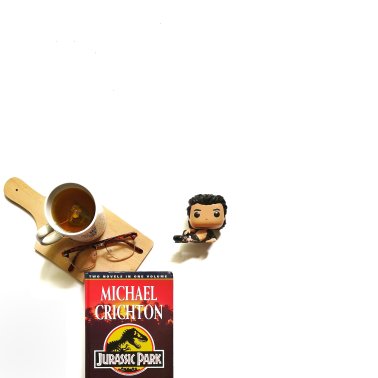 As bookish people, we like to think that the book was always better. We’re sure that there is no way that a film can ever convey the real meaning of a story. Plus, if it’s a book we love, you know that we have the perfect image of what everyone looks like in our heads. In some respects we’re right. There are some books that are so insular and deep that no film can ever do them justice. Like any attempt to adapt an Ian McEwan novel. His books just get inside the main character’s head and no novel will ever be able to portray the complexity that we always find there. However, it is wrong to say that all books are better than their films versions. I’m sure there are plenty of bookish folks who would never admit it but there are plenty of films that make their source material better. I decided to present my favourites for this week’s Friday Favourites. There are plenty of films out there that I would describe as just as good as the book but that’s not the point of this post.

Anyone who says that Jaws isn’t better than the book it’s based on either hasn’t read the book or doesn’t know it exists. Peter Benchley’s novel is a great book to read but only because of how weird it is. It’s long, has too many side narratives, and has a painfully slow pace. The moments where he describes the movement of the shark are amazing but most of this book is trash. Amazing in its own way but trash nonetheless.

The Lord of the Rings

Unlike Jaws, the inclusion of these films on this list is not an indication of J.R.R. Tolkien’s trilogy. I bloody love those books and have done since I first read them as a teenager. However, I have to admit that it took a while for me to get through them. J.R.R. Tolkien’s writing style is beautiful but so indulgent. Peter Jackson did an amazing job to get the best out of this story and get rid of some of the unnecessary stuff. Do we miss the endless songs and Tom Bombadil? Not really. There isn’t much in this but Peter Jackson’s films are definitely more digestible for the audience.

I’m not saying that I think Julie and Julia is a great film. I think it’s an okay film that was elevated thanks to its two leading ladies. But, when you compare it to the book there is no comparison. Julie Powell had a very interesting concept but, unfortunately, she just doesn’t seem like a nice person. The whole tone of her book is just nasty and sarcastic. It just doesn’t do anything interesting with the idea or make it really engaging. As a contrast, the film is kind of sweet and charming. This is one time when you can really avoid the book.

Now, I’m a little biased about this because I’m one of the few people in the reading world who hated this book. And I do mean hated. It was such an obvious story. I worked out where it was going after a few chapters and the writing was so boring that I couldn’t even be bothered to finish it. The film, on the other hand, manages to bring something to the story. It’s still suffers because the underlying narrative is flawed. However, Rosamund Pike really brought that character to life and David Fincher made a truly beautiful film… in a gory and horrible way, obviously.

Speaking of David Fincher, Fight Club is such a brilliant film that you can’t even pretend the book is better. I loved the book when I read it. The huge passages of vivid and disgusting description really excited me. The sequence where the narrator sticks his tongue through a hole in his cheek has stayed with me ever since. I even included it as an example of great writing during my A-Level English studies. So, yeah, a lover of the book. But the film is so good. Even Chuck Palahniuk says its better. So, who am I to argue?

Again, this shouldn’t be viewed as criticism of the source material. Stephen King’s novella is a great thing but, let’s be honest, this film is one of the greatest films ever made. There is so much depth and weight to the film. It takes one of King’s more minor works and turns it into an absolute classic film.

Again, nothing against Michael Crichton’s novel but this is the kind of story that works better as a visual media. There is a lot of science and some bits that don’t work as well in the book. Spielberg did an amazing job with the film. It’s a true adventure story and is full of excitement. There’s not much in it but it’s there.