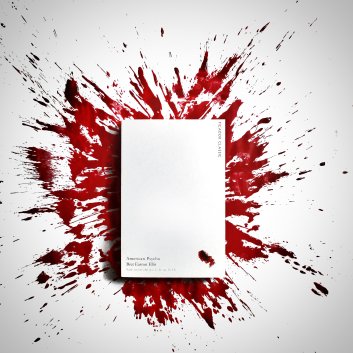 What’s this? Am I abusing my new Friday Favourites system to shamelessly plug my Instagram account? Yes, it might seem like that. Because it’s what’s happening. However, I was really happy with my Halloween themed photos. Last year I had a lot of fun with my Halloween photos and this year I wanted to carry on the tradition. And this year I discovered the joy of spray blood. It was a bloody revelation. So, I got a bit carried away but I like the results. And you know the Instagram algorithm. Nobody saw them. I’m probably a bit biased because I know what these looked like before. All of the blood was sprayed onto separate pieces of paper and then I had to edit the paper out. It was fiddly and time-consuming but I think the results are quite effective. 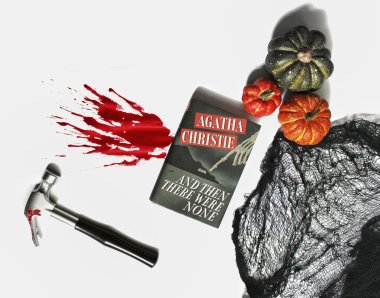 This is the photo that kicked everything off. I bought some fake blood and tried to make a bloody handprint. It didn’t go well. The print looked rubbish and I was worried I’d never get back to my normal skin colour. So, instead, I tried to create a blood spray coming out of the book. My only issue is the hammer. The lighting is too bright. Overall, I think it’s cool though. But I’m a bit biased.

I had originally done a different photo for this book but, because it’s white, editing it was a problem. Then I had the idea to create this massive blood splatter to frame it. It was a huge pain getting it sorted and made a huge mess. I tried really hard to keep the book away from the red by sitting it on my camera lens. Did it help? Did it fuck! Still, it was worth it, right?

Yes, the axe could not look faker and I wish the blood went a little further but, overall, I like the way this came out. It’s only because I edited the photo to include more negative space that the blood looks weird and stumpy. I think the angle of the axe and the splatter ended up being quite dynamic though. It looks as though it’s just been swung at Paul’s leg and blood is going everywhere.

I originally set out to make this in my usual set-up. This meant taking a sheet of paper, making a hole in it, and pushing the metal sink strainer thing into the hole. It looked fine but it wasn’t everything I wanted it to be. Then I remembered that I have a shower at my house. Turns out it’s much easier to make it look like blood is going down the plughole if it actually is. Even if it is much bloodier than the film. At least I didn’t have to resort to chocolate syrup. 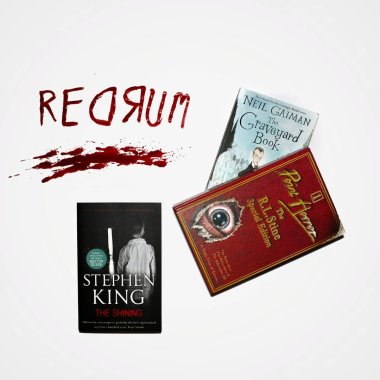 I wish that I’d thought of this photo sooner. In the end, I retook this photo after work on Tuesday. So, I had to use my LED light and everything is all shiny and unnatural. Also, I completely overestimated how much space I’d take up with the writing and have to squeeze in the U and the M. But I think it works. It gets the point across at least.

This is my bookish wrap-up for the month. You’ll see it again when I finally write my blog post about it. When I took it I didn’t know that I was actually going to finish My Sister, the Serial Killer before the end of the month. So, I’m really glad that I included it. And I like the blood splatter coming out of it. The green and the red really pop against the white and I am here for it.

It's that time again. Happy Folio Friday.
I know what you're going to ask: Did I really buy a second copy of this book so I could get this limited edition vinyl?
QUESTION: What are you reading right now?
BOOK REVIEW: No One is Talking About This by Patricia Lockwood
BOOK REVIEW: You Know Me Well but Nina LaCour & David Levithan
QUESTION: What are some of the books on your TBR?
Are you ready for me to spill some piping hot tea?
Another Folio Friday and I can't wait for the weekend to begin.
Blue and yellow books in Summer only, right?