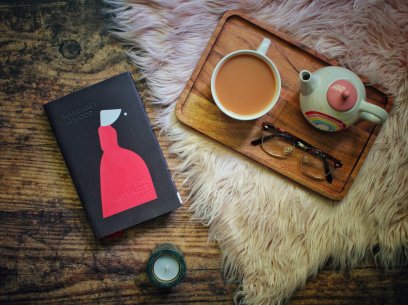 For the past few weeks, I’ve left work telling myself that this was going to be the week that I started my new blog post series. It all started after I listened to the episode of the Empire podcast where they were deciding whether they preferred Batman or Superman. I had decided it would be an easy thing to steal and, because I don’t really like Superman, it wasn’t exactly going to be a huge choice for me to make. Of course, as always, I ended up failing to see it through. However, I really liked the idea of doing another blog post a week and the Friday Favourites thing appeals to my love of alliteration. Thankfully, this week I was super inspired after reading The Handmaid’s Tale. Margaret Atwood really is one of the greatest writers around these days. She manages to be a beautiful writer of literary fiction whilst being so down-to-earth. Her novels are incredibly readable even with her breathtaking use of language. I highlighted so many quotations during my re-read that I knew I had to do a post about them. And it was one that could have gone on forever. I might as well have just typed the whole thing out. But, instead, I narrowed it down to 18. And I refused to include the oft-quoted  “nolite te bastardes carborundorum” because it seemed like such an obvious choice. Not that the rest of them are particularly original mind you. So, do your favourite quotes appear on this list? Have I missed any? Let me know.

“I feel like cotton candy: sugar and air. Squeeze me and I’d turn into a small sickly damp wad of weeping pinky-red.”

“We lived, as usual by ignoring. Ignoring isn’t the same as ignorance, you have to work at it.”

“Sanity is a valuable possession; I hoard it the way people once hoarded money. I save it, so I will have enough, when the time comes.”

“Whatever is silenced will clamor to be heard, though silently.”

“You can only be jealous of someone who has something you think you ought to have yourself.”

“The moment of betrayal is the worst, the moment when you know beyond any doubt that you’ve been betrayed: that some other human being has wished you that much evil”

“But people will do anything rather than admit that their lives have no meaning. No use, that is. No plot.”

“You can wet the rim of a glass and run your finger around the rim and it will make a sound. This is what I feel like: this sound of glass. I feel like the word shatter. I want to be with someone.”

“Truly amazing, what people can get used to, as long as there are a few compensations.”

“How easy it is to invent a humanity, for anyone at all. What an available temptation.”

“But who can remember pain, once it’s over? All that remains of it is a shadow, not in the mind even, in the flesh. Pain marks you, but too deep to see. Out of sight, out of mind.”

“A rat in a maze is free to go anywhere, as long as it stays inside the maze.”

“We yearned for the future. How did we learn it, that talent for insatiability?”

“Nothing changes instantaneously: in a gradually heating bathtub you’d be boiled to death before you knew it.”

“The newspaper stories were like dreams to us, bad dreams dreamt by others. How awful, we would say, and they were, but they were awful without being believable. They were melodramatic, they had a dimension that was not the dimension of our lives.”

“Ordinary, said Aunt Lydia, is what you are used to. This may not seem ordinary to you now, but after a time it will. It will become ordinary.”

One thought on “Friday Favourites – Quotes from The Handmaid’s Tale”