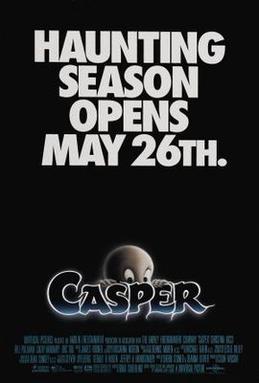 Normally, I like to match my TBT film with my Tuesday Review. Whether it’s thematically or by actor, I attempt to link them. This week? I’m so fucking exhausted this week I wanted to find the quickest film I could and bosh out a quick review. I don’t know what’s wrong with me but I have not been sleeping well. So, I picked the shortest film that I could find quickly on Netflix. And this was one I hadn’t seen for a while. Plus it stars Bill Pullman and it’s always a fun game trying to work out if he’s the Bill I think he is or not. He’s the one from Independence Day but not Twister, right? I don’t even know why I get so confused. He and Bill Paxton don’t even look alike. I just get confused because they have the same name. My brain is either just fucking with me on purpose or so stupid that someone having the same name as another person really confuses it. Which means having such a common name as Laura must be a huge mind-fuck for it.

I remember watching this film when I was a kid and enjoying it. Although, I can’t remember if I saw this before or after the 90s TV show. From what I can remember (and as we found out yesterday my memory is awful) we were more of a TV family than a film family. We watched films but I don’t think we did it very often. So it’s entirely possible I first watched this after I’d watched the cartoon that followed it. Then again, maybe not. Either way, I’d always remembered this film kind of fondly.  Well, I say fondly. I think even as a kid I was a little over the whole romance side of the plot. I may have been young but the eye rolls were real.

Watching it again now that I’m 31 has been an experience. This is a super dodgy story. The ghost of a 12-year-old boy manipulates everyone to get a girl he sees on TV into his home. She moves in with her father and he becomes her friend. One night, as she’s falling asleep, he whispers into her ear “can I keep you?” It’s fucking creepy! For one thing, he’s a ghost. For another, we don’t know how long he’s been hanging around for. He’s 12 in human terms but how old is he ghost-wise? Then, the girl’s dead mum turns him into a real boy so he can finally get the kiss he wants. But he turns back into a ghost in the middle of it. I just can’t. It’s too weird.

And that’s not even all of it. There’s the subplot of the evil woman trying to find buried treasure. At one point she tries to kill her sidekick before she ends up falling off a cliff. It’s not even done in a fun Home Alone style where nobody really gets hurt no matter what happens. I mean she fucking dies. There are obvious consequences. And the girl’s dad dies. This film is so blase about death. I guess it could be a good thing to get children face-to-face with their mortality but does it have to brush it off quite so easily?

And then there’s the whole sentimental and cringey family plot. The girl’s father is depressed after the loss of his wife so is hunting ghosts to find her. It’s all so over-the-top and stupid. Watching it now, this film just feels like a load of better family films has been smushed together to make something kind of shit. It lacks any real depth or character so it focuses on special effects. Basically, it’s stupid. And creepy. Why have I built this up in my mind all of these years?