So, I’m not going to lie to you. Yet again, I haven’t finished a book. It’s been a hectic week and I’ve been feeling shit. So, reading has taken a bit of a backseat. I’m away this weekend and I wanted to get ahead with posts so I didn’t have to worry about anything. I’ve been writing and taking photos in every spare second. Because I’m away in London this weekend. I’m finally getting to see Hamilton and I have no words for how excited I am. I can’t… WAIT FOR IT. Geddit? Aaah. Anyway, in the absence of a review and, needing to write something, I decided it was the perfect time to do the Hamilton Book Tag. This is a super old tag but if I’m not going to do it now when am I? I found this on DreamlandBookBlog but I think it was created on YouTube by Maureen Keavy. Either way, I’m doing it now.

The Room Where It Happens: Book World You Would Put Yourself In

Okay, we all know the major choice for this answer is Harry Potter, right? It’s such a rich literary world and so interesting. I love when fantasy books are set in our world but with that added bit of magic. Who doesn’t want to go to Hogwarts and experience the stairs changing direction as you walk on them? Or walk down to Hagrid’s for a chat? As my first answer was so unoriginal I’m taking the liberty of picking another. Above the Star by Alexis Marie Chute was one of my favourite reads of last year. And the world building was one of my favourite parts of the novel. I’d love to visit the island of Jarr-Wya with all of it’s weird and original inhabitants. 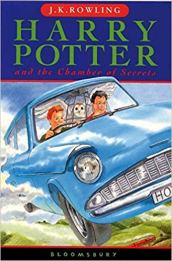 Another Harry Potter answer here, I’ll try and make the rest different, I promise. And, I’m also not sure you can count her as underrated. However, Ginny is definitely overlooked for Hermine a lot of the time. If anything, Ginny is the better female character of the two. I’ve always been annoyed by Hermione and her actions at times. Ginny is independent, strong, and an absolute feminist icon. No offence to Hermione but if I was going to be any female in these books it’d be Ginny.

My Shot: A Character That Goes After What They Want And Doesn’t Let Anything Stop Them

I’m so bad at these things because my memory is so bad. The only thing I can think of for this is Zeus. But it’s pretty accurate. I mean if you say that what he wanted was women. He definitely went to great and creepy lengths to get what he wanted. But so did all of the Greek Gods I guess. It kinda comes with the God territory.

Burn: The Most Heartbreaking End To A Relationship You’ve Ever Read

This was a hard one. I don’t tend to read too much where the romance is at the heart so I never really remember those bits. If there’s heartbreak in a book it’s probably overshadowed by something else. Or I find it so horribly cliched that I forget it on purpose. However, I think the ending of Daisy Joes & The Six is heartbreaking. The way Daisy and Billy end their connection is so sad. That both of them step aside because it’s the right thing to do is very real, mature, and heartbreaking. And very romantic.

You’ll Be Back: Sassiest Villain

I can only think of non-literary examples of sassy villains. How about Miss Havisham. She’s pretty sassy and evil, right? I mean she hires out a poor boy to mock him and have her adopted daughter break his heart. If that’s not sass then I don’t know what is.

The Reynolds Pamphlet: A Book With A Twist That You Didn’t See Coming

The first time I read And Then There Were None was remarkable. I genuinely didn’t see that ending coming. It was such a fantastic twist and Agatha Christie wrote it really well. All the red herrings and plot twists were so believable that you just couldn’t imagine the ending. This book, along with The Murder of Roger Aykroyd, really are some of the greatest plot twists in literary history. She’s a bloody genius.

Non-Stop: A Series You Marathoned

The closest I’ll get to this if A Song of Ice and Fire. I started reading and couldn’t stop. But I wouldn’t say marathoned is the right word. It was a huge struggle and it took ages. I love George RR’s writing but it takes time. It was months rather than weeks to get through all 5 books. I guess that’s also because of the emotional breaks I needed to take whilst reading. After reading about the Red Wedding I threw the book into the corner of my room and it stayed there unread for a few days. I was too distraught to even look at it. But I read all 5 back-to-back so I guess that’s a bit of a marathon. Not record breaking pace but admirable.

To be honest, I don’t like a lot of multiple narrative books. I think it’s overdone and uninspired. I also think it’s an easy and lazy way for writers to create tension and I hate it. It very rarely adds anything to a novel in my opinion. It’s mostly all style and no substance. But sometimes it works. A Song of Ice and Fire works because of the multiple narratives. And, more recently, I loved the use of it in Daisy Jones and the Six. It was used to great effect to show the many sides to one story. I loved it.

Who Lives, Who Dies, Who Tells Your Story: A Book or Series You Feel Like Will Be Remembered Throughout History

I know I said that I wouldn’t mention it again but, let’s face it, Harry Potter isn’t going anywhere. It’s a literary smash that will continue to entertain generations for years to come. Harry Potter fans are starting to have children they will read the books to. Then their children will read it to their children. And so on and so on. These books brought together families in a way that very few books have managed and, no matter what I think about JK and her writing ability, they deserve to be celebrated. 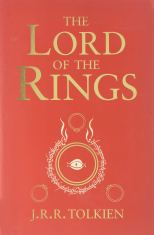 Stay Alive: A Character You Wish Was Still Alive

A character I wish was still alive? There’s only one choice. My literary husband, Boromir. I know most people don’t see Boromir as a positive character but I think he’s misunderstood. Yes, he has a few moments with Frodo but that’s down to the ring. Greater men than Boromir were seduced by its power so why should we hold it against him? Look at the way he stood up for Merry and Pippin in the end. He was a good man and I love him. Okay, I love Sean Bean more but that shouldn’t make it any less powerful.

One thought on “Bookish Post: The Hamilton Book Tag”