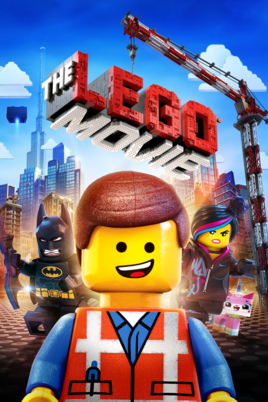 I vividly remember writing my first review of The Lego Movie back in 2015. It was because I was writing it with a pen and paper. I was on a train going to and from a course at work but, because they’re always held in the middle of nowhere, it meant a 3-hour round trip. So, I decided to try to get my thoughts in order after recently re-watching this film. It was a second watch because I, stupidly, hadn’t been mad keen the first time. I enjoyed it but everyone was raving about it. So I figured I might be missing something. And I’ve never been more happy that I did. I bloody loved it second time round. It was fun and the twist was brilliant. The animation was, obviously, stunning and the voice performances were perfect. I became a firm fan of Phil Lord and Christopher Miller and the pair have only continued to do wonderful wonderful work. I’m sorry I ever doubted them.

The Lego Movie was always going to be a bit risky. Let’s be honest, there were a lot of examples of good films based on toys and games. We’d only recently managed to forget the dismal Battleships but, thankfully, The Lego Movie didn’t star Rihanna. Instead it starred lovable Chris Pratt as Emmett, the normal guy who finds himself of a whole heap of mess. Emmett was, perhaps, the most uninteresting person in Bricksburg until he stumbled into the world of prophecies and uprisings. After an accident leaves Emmett mistaken for the Chosen One. But how can a guy who so rigidly follows the rules possibly join the ranks of Master Builders working against the evil ruler, Lord Business?

Because, in Bricksburg, creativity isn’t a positive thing. Anyone who does anything against the instruction manual is considered an outlaw and hunted. But the Master Builders come out of hiding as soon as Emmett stumbles across the fated Piece of Resistance and plan their final attack. With the help of a mysterious girl, Batman, an obsessive Spaceman, a Pirate, and a Unikitty, Emmett has to work out how to use his lack of original ideas to overthrow Lord Business.

The Lego Movie takes the basic Chosen One narrative and breathes new life into it. What would happen if the wrong person fulfilled the prophecy? What is the saviour everyone thought they’d found was actually the opposite? But, at the same time, this is a film that celebrates staying true to yourself. Emmett is a good guy and manages to help out by just being nice. Yes, he doesn’t necessarily help in a tight spot but he’s always there and willing to try. As a whole, the story is very thoughtful and engaging. Especially when the twist towards the end sheds a whole new light on everything. It’s a brilliant thing to follow.

And the film is funny. I think this was my major problem with the film the first time. It was funnier than this film deserved to be. There are so many jokes here. Sight gags, pop culture references, and in-jokes. It’s a very grown-up film that will still appeal to young kids. It’s clever and earnest. Miller and Lord avoid the pitfalls of other films about childhood toys by being completely faithful to the original toy and breathing new life into it. The animation is a gorgeous triumph of modern technology but has the retro feel of the building blocks at its heart. It isn’t trying to be edgy or up-dated but just wants to have fun.

Now, I’d be lying if I said it was perfect but, the fact is, there is so much right with this film that you don’t even notice. By the end of the credits you’ll agree that everything really is awesome.

One thought on “Throwback Thursday – The Lego Movie (”