What were your favourite reads in 2018?

You may have noticed that I didn’t post a Sunday Rundown yesterday. That was mostly because, after a bad night’s sleep, I fell asleep before writing it. But it was also a tactical choice. After all, it’s that time of year when I need to start posting my Top 10 lists of the year. So, instead of wasting your time with a rundown of the week, I’m going to waste your time with a rundown of the year. Yep, what a 12 months it’s been. I’ve turned 30… not sure I mentioned it. I’ve also managed to read 34 books. It’s not the greatest number, I know, but it’s quite good for me. It’s been a mixed bag of books but there have been some absolutely fantastic novels that I’m so happy I read. So take a look at my list below and please comment with your favourite books too.

This came to my attention because it became the first graphic novel to be shortlisted for the Man Booker Prize this year. For a prize that has famously been rather exclusive with regards to the books they allow on their list, this was a massive deal. I knew that I had to check it out no matter what so I’m really grateful that it turned out to be a great story too. Concerning itself with the prevalence of conspiracy theories and fake news in our society at the moment, Sabrina is the kind of read that will haunt you long after you read it. If you’re interested in finding out more, then check out my full review here.

9. Above the Star by Alexis Marie Chute

This year I was asked to be a part of the Instagram cover reveal Alexis Marie Chute’s debut novel. In doing so I’d had to read the synopsis for the novel more times than I can remember and I was really excited to read it. So, when I was offered a review copy I jumped at the chance. I sailed through this novel and really enjoyed it. The writing is fantastic and the world-building is just astounding. I have already lent this to as many people as possible and will continue to do so. If I haven’t already convinced you, then check out my review here.

8. The Legend of Sally Jones by Jakob Wegelius

I was sent a copy of this book for review by Pushkin Press so I wasn’t exactly expecting to love it so much. However, this adorable graphic novel for children was amazing. The graphics are gorgeously retro and the story is sophisticated and emotional. It was so much more than I ever thought it would be and I immediately bought the book Wegelius wrote before it. This is something for anyone with or without children. For a better insight into the book then check out my review here. 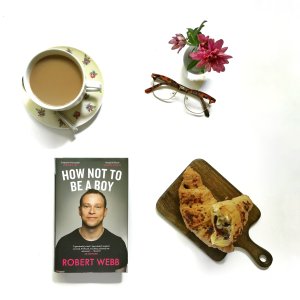 7. How Not to Be a Boy by Robert Webb

I absolutely adore Robert Webb and have done for years. I loved his radio and television shows with David Mitchell, I loved Peep Show, I loved the show he made about poetry where he talked about ‘The Love Song of J. Alfred Prufrock’. So, I was always going to be interested in his first book but the fact that it was concerning itself with gender identity and sexuality was even more of a pull. This is a charming, emotional, and funny look through Robert Webb’s life as he struggled to come to terms with who he was against the way society wanted him to act. It isn’t exactly breaking down barriers or starting new conversations but it will get people thinking. Especially considering the way Webb writes. It’s like listening to an old friend. My full review can be found here. 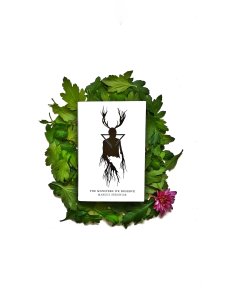 6. The Monsters We Deserve by Marcus Sedgwick

I bought this book because I absolutely fell in love with the cover when I saw it in my local bookshop. When I read the back and saw it was all about Mary Shelley and Frankenstein then there was no getting away from it. This is a weird but beautifully written book about what it means to be an author and asking just who should have possession of a novel. It is captivating and haunting and really difficult to describe properly. It’s something I tried to achieve in my review but don’t think I succeeded. See it for yourself here.

It took me ages to get around to this book and it only happened because a friend of mine was badgering me to read it. I’m always sceptical of books that everyone is raving about because, more often than not, I’m not a fan of them in the end. So, I definitely expected Eleanor Oliphant would be the same. But I fell in love with this book from the very start. I love her as a character and I think her story is very human. I do have some issues with how quick her problems seem to be resolved but I guess that was just a time-saving device. You can read more about this in my review here. 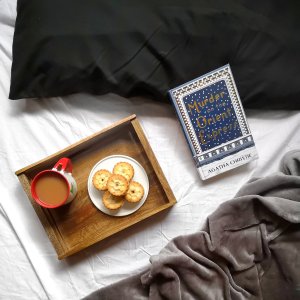 4. Murder on the Orient Express by Agatha Christie

My final finished book of 2018 and it was a reread a long time in the planning. I wanted to read this in December last year but never got round to it. I’m so glad I did this year. This story never fails to entertain and excite me. Agatha Christie is a genius and the twist in this story, though not her finest in my opinion, is one of the most famous in literary history. I posted my review on Wednesday so go find it here. 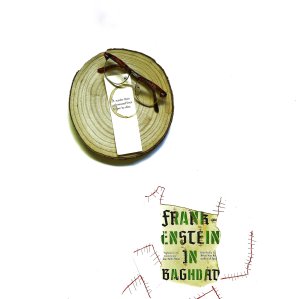 3. Frankenstein in Baghdad by Ahmed Saawari

One of the two books that I bought from my ‘Most Anticipated Books in 2018’ list and the only one that I actually read. This a rewriting of the classic Mary Shelley novel Frankenstein set during the Iraq war. I was hooked on this concept from the first time I heard about it and it definitely wasn’t a disappointment. It was a strange, funny, and awful portrayal of a war-torn city. My full review can be found here.

I picked this graphic novel up on a whim after seeing it in Waterstone’s. I haven’t read many non-fiction graphic novels and wasn’t entirely sure that a story about a man being held captive for hundreds of days would be particularly engaging. I was utterly wrong. It was a fantastic portrayal of the long struggle that Doctors Without Borders administrator, Christophe André, went through for 3 whole months. It’s a terrible story but the format actually works to put you inside Christophe’s story better than a traditional novel. I loved it. To find out more read my review here.

I picked this book up during Pride month because I wanted to get into the spirit. I’d heard about it after it was announced as winner of the Pulitzer Prize but I wasn’t sure what to expect. It sounded kind of like a cheesy romantic-comedy about a man in his 50s and his younger lover. What it turned out to be was my favourite book this year. It was a joyous look at a man’s life and so beautifully written. To hear me gush about this more check out my review here.