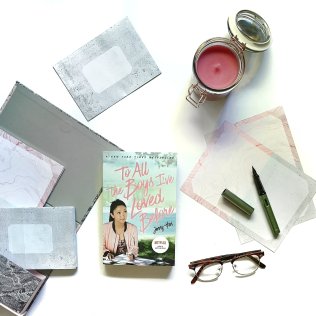 For the first time in a really long time I haven’t got a new book to review. So, for the first time in a really long time I haven’t got any inspiration for my Wednesday post. It definitely doesn’t help that my current read is so bloody uninspiring. I don’t really know what possessed me to start reading To All The Boys I’ve Loved Before, especially as I didn’t even like the film that much. I guess I thought it would be an easy read but I just can’t get into it. It’s fallen into so many awful YA traps and I genuinely hate reading parts of it. There is something about an adult writer trying to write the voice of a 16 year old that never quite works. I know that there is no way that I could write a convincing 16 year old yet, still, YA writers keep trying. It got super bad when she used the word “beotch” twice in quick succession. This was a book that was only written a few years ago. Who was still using the word “beotch”? It’s ridiculous. I’ve spent so much of this novel cringing. Which is why I’m being so bad at reading right now. I just don’t want to pick up this book.

I know it sounds like I’m being completely unreasonable but I can’t get on board with YA fiction in general. I’ve only ever read a handful of books that I didn’t just despair about. I realise it’s intended for a younger audience than myself but they still feel so simplistic. What happened to adults giving young people due credit? I don’t ever really remember reading much YA fiction when I was a YA but I must have done. And I’d definitely have remembered it being as patronising as the stuff they’re churning out today. Surely Young Adults are discerning about what they read? Or are there not many actual readers of the target audience anymore? Are they all on the internet instead? But someone has to be reading this shit.

I have a friend who solely reads YA books because she says she doesn’t have time for adult literature. I mean as excuses go this makes me so sad. If you’re too busy to enjoy a good book then use your limited time for something else. Don’t settle for something below par. And it also just ignores all of the short pieces of fiction out there. There are plenty of classics and contemporary pieces of fiction around that wouldn’t take a lot of effort to read. And I’m not talking those Richard and Judy bookclub ones eithers. You know the ones that always have a picture of a garden or a young woman on the front. That inevitably have a storyline revolving around a young woman picking between two men or trying to have it all. I’m talking well-written pieces of literary fiction.

And I know I sound like a horribly pretentious person here. I do. But, really, I’m not. I think anyone reading something is a good use of their time. Its just, you can’t deny that some works of literature are better than others. I recently had to clear out my locker at work and came across a copy of The Lost Symbol by Dan Brown. Something I’d bought years before and never finished. I got a few chapters in and couldn’t bear his writing anymore. The discovery caused me to have several discussions with people about the work of Dan Brown. Something I have no shame in admitting that I absolutely abhor. Brown isn’t a skilled writer. He just writes shitty thrillers that make people feel clever about themselves.

But people do read them. In fact a large proportion of my family have read his novels and enjoyed them. Many of my friends have too. It’s the only reason books like these keep getting published. Because, works of great fiction may win awards and such but they aren’t necessarily making any money. There will be a section of society who hears about the shortlists for every literary prize and adds them all to their TBR list. But the rest of the reading population? They don’t give a shit. These books don’t make the same amount of money as the trashy psychological thrillers that saturate the market every year. They aren’t the books that get hyped by women’s magazines or celebrity influencers.

No, it’s the other ones. It’s the the YA books that filter through. My Instagram is full of people who constantly post pictures of YA books and nothing else. Okay, maybe some classics get through occasionally but there is so little range out there. And bookish Youtube? It’s like nothing else fucking exists. We’re stuck in a reality that won’t let us get away from these books because everyone knows they’ll make the most money. They’re the ones that people will read because they aren’t intimidating. They don’t force you to exert yourself. They’re all exactly the same so they feel safe and nostalgic. Almost as if you’re reading the same book over and over again. These are the books that will continue to get published which means writers won’t feel the need to get better. We’ll continue to read terrible books with unrealistic teenagers for ever. And it’s all our fault.

3 thoughts on “Bookish Post – YA? Ya ready for this rant?”