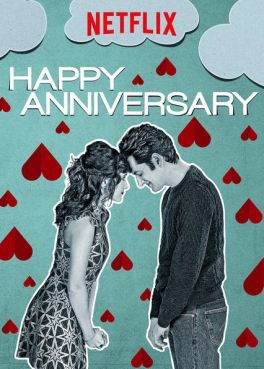 There are loads of amazing films coming out soon and I’m desperate to see them all. The only trouble is finding time to see them. These days I don’t get to the cinema as often as I’d like. It’s why I have to review older films and Netflix originals in my Tuesday posts so often. Not that I’m really complaining. There were so many films I missed last year that I feel like I need to watch and I’m always hopeful that Netflix will create a truly wonderful film. So far I’ve not been completely impressed by their film outputs but they’ve been getting better. The so-called comedies have been a huge letdown but their more intimate portrayals of people’s lives have fared better. Kodachrome wasn’t perfect but it was the best Netflix film I’ve seen since Okja. The trailer for their latest film kept popping up on my feed as something they obviously thought I’d enjoy. And I can see why. I’ve not seen a great deal of Ben Schwartz’s back catalogue but, as a huge fan of Parks and Rec, am always a little excited to find out he’s in something. Plus, this film looked super adorable and the plot looked interesting and simple. And, the best thing of all, it didn’t star Adam DeVine. Massive bonus.

Happy Anniversary takes place almost entirely on the day of a couple’s third anniversary. From the outside their relationship looks idyllic and loving; a feeling shared by Sam (Ben Schwartz) as he prepares seemingly romantic touches for the day. Unfortunately, his girlfriend, Mollie (Noël Wells), picks that day to announce that she’s unhappy. Unable to unite the idea she has about love with the reality she sees before her, Mollie tells Sam that she no longer recognises the man he has become. She retreats to her parents’ house and the pay spend the rest of their anniversary reflecting on the past 3 years.

Happy Anniversary is a very simple story that spans 24 hours but delves into the 3 years the couple have spent together. As they deal with Mollie’s unexpected announcement, both parties remember the times, both good and bad, that they’ve had together. I won’t pretend that this film will win any awards for originality and the final act is hardly a difficult one to work out. Still, it does everything pretty well. There is a decent mix between comedy and drama. There is a lot of subtle but sweet humour at play in the narrative but it never loses sight of the emotional resonance of the story at hand.

It’s also a film that handles the use of flashbacks really well. The past seems to melt over the present day on-screen as the pair recount moments of their relationship. It all seems very natural as if we’re literally seeing their thoughts play out on screen. And it really does give us a nice snapshot of the couple that we’re seeing break apart. It is thanks to the amazing chemistry between Ben Schwartz and Noël Wells that really sells this film. They both work well together and you will end up wanting them to survive. As with most successful rom-coms, you’ll spend the majority of the film screaming at the for not seeing what’s right in front of them but, because you’re already so invested, you’ll stick around to see how it turns out.

Both Schwartz and Wells are known for their comedy performances but more than show that they are capable of meatier things. Anyone who primarily knows Schwartz from his role as Jean Ralphio in Parks and Recreation will be surprised at the subtlety and depth on show here. More known for playing more quirky and unusual characters, both actors manage to convince as real people. Real people with real relationship issues. Even if the problem at the very core of his film is simply a cover for Mollie’s fear, it is something everyone will be able to understand. Getting to that moment in a relationship where you’ve been together so long you’re either in it for the long run or you’re running away.

Happy Anniversary is not the kind of film that will set your world on fire. It’s the kind of thing we’ve seen before and it plays out pretty much as you’d expect. But that doesn’t mean it’s not worth watching. There is more heart and charm on-screen here than most romantic-comedies and two lead actors who really sell the story. It’s got humour, drama, and sadness. It’s a study of real-life and, subsequently, shows real, flawed people. It’s also really short, which I’m not suggesting is a positive but it does mean it won’t take much effort. I’d been intrigued by this film since I saw the trailer and it didn’t disappoint. The fact that it didn’t excite isn’t a problem. Especially where Netflix is concerned.