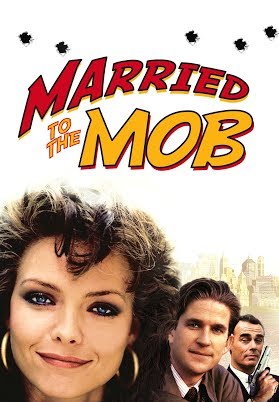 I have to say, I’m quite enjoying this journey back to the year I was born. I mean, politically it was a pretty shitty time in the UK but there are plenty of cool films that I’m yet to discover. I’m not suggesting that all films from this year are going to be stellar or even completely watchable but I’d say, on a whole, I’m not ashamed of my birth year. I discovered the other day that a lot of the films in my TBT jar are currently on Netflix UK. I guess its possible 1988 films are popular because of the big 3-0 anniversary but maybe it’s just cheaper. I don’t know and, really, I don’t care. If it’s as simple to get through my Throwback Thirty list as turning on Netflix and relaxing then I’m happy. Still, it does mean I’m taking the whole ‘randomly pick a film out of the jar’ thing a little less seriously. I genuinely picked a Netflix film this week but, after finding so many on there, I’m tempted to change the rules. The problem is, there are a lot of films in the jar that I love or am super keen to watch but a fair few that I think it will be tougher to get myself to watch. The more serious and filmy films. If I don’t stick to the “rules” then I’ll only watch the ridiculous films like Killer Klowns From Outer Space or Who Framed Roger Rabbit and not the films like Cinema Paradiso. Basically, I’d just watch films that meant I didn’t need to think. I wasn’t sure how I’d fair with today’s prompt but I sat down anyway. After all, I’m a big fan of Alec Baldwin’s face in the 80s and, even though he’s only in this film briefly, it was enough of an incentive.

I wasn’t sure what to expect from Married to the Mob before I watched it. I’d never seen it and the Netflix description didn’t exactly give me any more reason to get excited. Michelle Pfeiffer plays Angela de Marco the wife of up-and-coming mobster Frank (Alec Baldwin). After Frank is killed by his boss Tony (Dean Stockwell) for an indiscretion Angela attempts to get her son as far away from the criminal underworld as possible. Unfortunately, Tony has set his sights on Angela and is romantically pursuing her. Whilst trying to get her life together Angela must deal with Tony’s advances and the jealous rage of Tony’s wife, Connie (Mercedes Ruehl). In order to get information on Tony’s business, FBI Agent Michael Downey (Matthew Modine) approaches Angela to act as an informant. Unfortunately, Downey starts to fall for Angela well before he is able to get her to work with him.

Married to the Mob is a weird mix of so many different films types. It is a farcical comedy, gangster crime thriller and a cheesy romance all thrown into one. There is plenty of absurd and silly moments that provide comedy but Michelle Pfeiffer seems to be acting in a completely different film. She portrays Angela with a determination to prove herself and a gritty strength to stand up to powerful men. She is subtle when it comes to the comedy and provides an emotional and strong performance. This is her film and she makes sure all eyes are on her. At the same time, Mercedes Ruehl is all out insane as Connie. It’s not bad, per se, but it sees the comedy turned up to the max. She is a scene stealer, certainly, but sometimes feels at odds with Pfeiffer’s approach.

Married to the Mob is certainly funny, there can be no doubt. However, it’s something I would describe as 80s funny. It all feels a bit outdated and silly now, something made worse by the style and set dressing that once would have seemed so modern. I’m a big believer that 80s movies can be appreciated anytime but sometimes they feel a bit aged. Maybe it’s just seeing what Pfeiffer and Baldwin have become now but this suddenly feels pretty old. Still, it’s an entertaining enough film. It is a fun and silly parody of Godfather type films and has a really good lead in Pfeiffer. It is sweet and exciting as well as funny… I just wish it didn’t feel so old. Which, considering it’s the same age as me, makes me feel super sad. I’m just off to stuff a bunch of chocolate into my face to stop the tears.