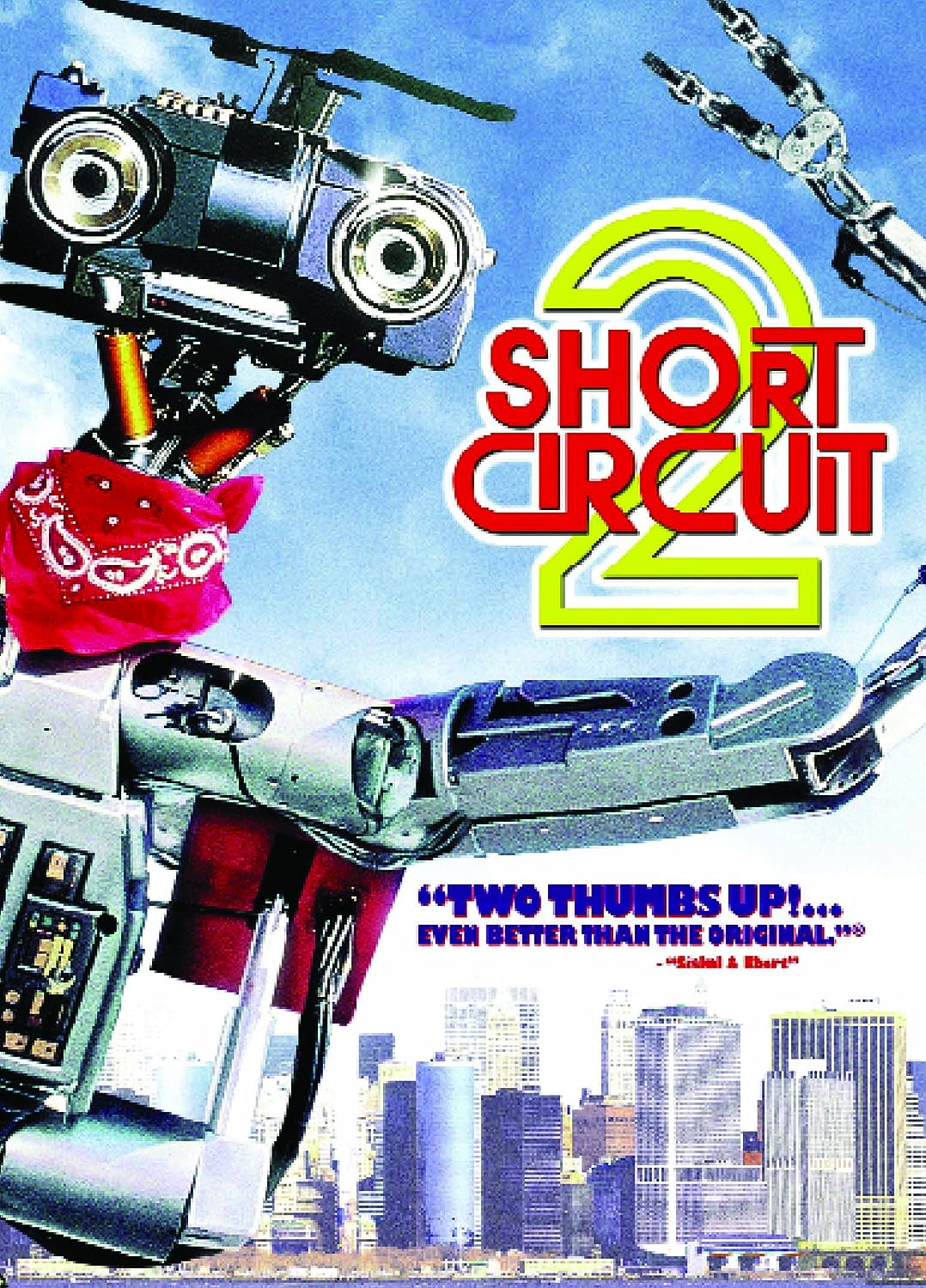 Thankfully, I was able to catch up with myself for Throwback Thirty this week. After failing to watch Short Circuit 2 after I drew it out of my jar I actually managed it for today. Yesterday I settle down and had an afternoon of Johnny 5. It’s been ages since I last say Short Circuit so I wanted to remind myself… you know, in case it was too difficult to work out what was going on! Other than reminding me of how much I adore Ally Sheedy and causing me to Google (not for the first or the last time) ‘what is Steve Guttenberg doing these days?’, my rewatch of the 1986 science-fiction film wasn’t that memorable. I remember liking this film way more than I did. I don’t even think I had much of a warm nostalgic feeling about it. It just seemed a bit shit now. Of course, it was always shit but when you’re a kid nothing with a talking robot will ever be completely terrible, right? I mean, if I’m honest, the talking robot was still pretty cool as a nearly 30 year old but I was still disappointed with the film. So, it was with a certain amount of trepidation that I sat down to watch the sequel for the first time. If there’s one thing we know it’s that the sequel is always worse than the original… and I say that as a younger twin. So I know what I’m talking about.

The good news about Short Circuit 2 is that the main character comes back. The bad news is that nobody else you gave a shit about did. Okay, so Ally Sheedy’s Stephanie turns up in voice only but that doesn’t really count. Instead of picking up with Stephanie and Newton Crosby (Steve Guttenberg), the sequel focuses on everybody’s least favourite comedy sidekick. Newton’s colleague Ben Jabituya (Fisher Stevens) has moved to New York and is trying to sell toy replicas of Johnny 5. When his toys are spotted by a buyer for a big department store, she orders 1000 to be ready before the Christmas rush. It would be impossible for Ben to fulfil the order on his own but, thanks to the unwanted help from a friendly street hustler Fred (Michael McKean), he finds himself indebted to a loan shark and taking up residence in a dodgy warehouse. Thankfully, Stephanie sends Johnny 5 to assist with the production and, it turns out, a robot is quicker than a human. Who knew?!

So, even though it looks like Ben and Fred will manage to make enough toys to stick to their contract, they also get themselves involved with a gang of thieves. The gang happen to be using the warehouse as their base whilst planning a bank heist. The thieves attempt to get rid of the trio by destroying their stock and threatening them. Of course, Johnny 5, as an ex-war machine, is able to stop them pretty easily but this only leads to the gang setting their sights on the robot to help them steal the jewels. Also, there’s something about Ben wanting to become an American citizen and trying to date Sandy (Cynthia Gibb), their contact in the toy company. It’s all very weird and complicated but it’s mainly just about a sentient robot getting himself into scrapes again.

Now, even though my vague summary of the plot may make it sound as it I didn’t enjoy this film, I have to say that I enjoyed it more than I thought I would. I think I’d even go so far as to say I agree with Roger Ebert that it’s better than the original. The sequel has more developed characters, a better narrative structure, and more excitement than it’s predecessor. The fact that none of these are actually any good in comparison to other movies is unimportant: the fact is, Short Circuit 2 is an improvement on the first. Whilst Short Circuit introduced us to Johnny 5 and how he dealt with becoming a sentient being and showing him how the world worked. The subplot of the army trying to get him back was merely included to create drama and excitement. Most of the film just revolves around Stephanie giving him stuff to read. It’s fine but it’s hardly setting the world alight. The script is basic and the storyline doesn’t really give an room to develop characters. The main three aren’t even well-drawn let alone the random, slightly racist, secondary character who appears in the sequel.

Except that in the sequel Ben is given more backstory. Instead of being the terribly annoying guy who made racy jokes he becomes a man who is desperate to gain his citizenship and find some sort of income after he was fired from job with NOVA. I’m not saying he’s a great character or that it’s incredibly well written but we learn more about Ben and Fred here than we ever did about Stephanie and Newton. At the end of the day, Short Circuit 2 isn’t a good film but neither was Short Circuit. Just because it came first doesn’t mean it gets some sort of free pass. Short Circuit 2 attempted to build off a weak first chapter. The fact that it only did marginally better shouldn’t be ignored. I can’t say I’m in any real rush to watch this film again but I can’t say I’m in a rush to see the original again. So, what I think I’m saying is, we’ve learnt nothing and have wasted our time somewhat. Hooray!