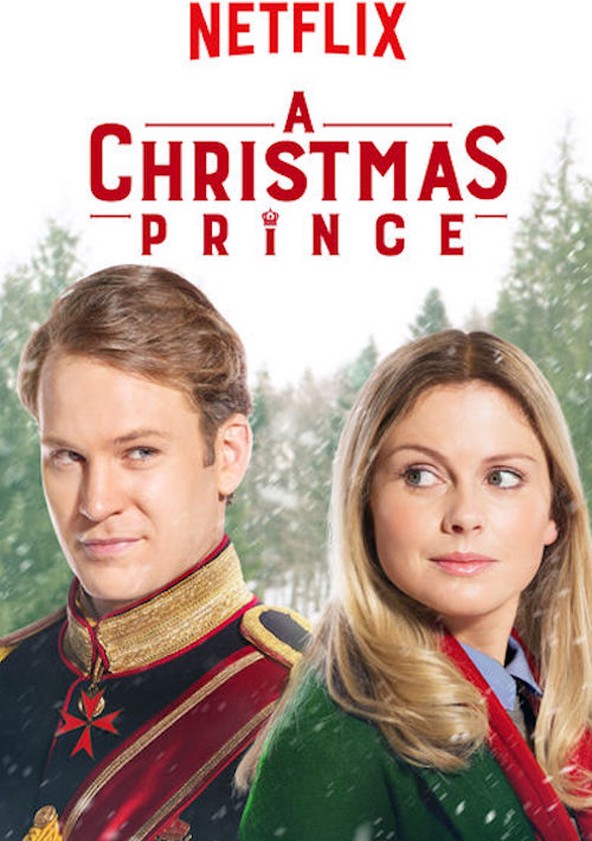 You gotta love Netflix. I mean the platform has revolutionised how we all consume television and film. It’s made our lives all so much easier for such a small price. I’m waiting for the day they get their own version of the cinema where you can pay to watch current film releases from the comfort of you own home for a small fee. But until that day Netflix is on hand to provide its own original programming. Let’s be honest, what with Stranger Things and everything Marvel related, the site is nailing the television element. Although, they haven’t exactly found their niche when it comes to films. They’ve done some great things and some truly horrendous things. Something that it is more than willing to admit. Yesterday, 11th December, the twitter account tweeted the following:

To the 53 people who’ve watched A Christmas Prince every day for the past 18 days: Who hurt you?

You gotta admit that that’s a bold move on behalf of their social media person. Not only are they openly calling their newest Christmas release shit but they’re making it seem as though they use their stats to mock their members. I know that, supposedly, there’s no such thing as bad publicity but this might be one of the exceptions. This tweet didn’t really get me thinking about Netflix and their use of my viewing data. I assumed they’d be doing all sorts of shit with that anyway. No, it got me thinking, just how bad is A Christmas Prince?

If, like me, you’re more obsessed with Buzzfeed than you should be, then you’ll have been seeing stuff about A Christmas Prince for ages now. It’s one of those films that appeared on my Netflix home page and I just ignored it. I mean I bloody love Christmas films but it wasn’t going to be top of my viewing list any time soon. Maybe if you’d taken it back to the 90s/early 2000s and cast Hilary Duff and Chad Michael Murray in the main roles I’d be all over that shit. Now? With that cast? I wasn’t in any rush to see it. But, if I’m being very honest, I did assume I’d watch it. Most probably on Christmas Eve after an awful day at work when I couldn’t focus on anything else.

Anyway, considering the massive hype I’d seen surrounding the film and needing to write something for this blog, I decided it was finally time to sit down and watch it. I mean it’s only about 90 minutes long and it was hardly going to be too taxing for me. It’s classic teen girl romantic comedy. You could take out a checklist and tick everything of because it’s all there: girl struggling to make as a writer; handsome Prince; sick younger sibling; strict mother; bitchy romantic competition; and an evil cousin. It’s also got a Christmas tree in basically every scene just because you can’t ever forget that he’s not just a Prince: he’s a Christmas Prince.

This film is a mash-up of so many shitty romantic comedies. A young wannabe writer gets the chance of a lifetime to write a story on the complicated situation with the royal family of Aldovia (a generic European country where everyone speaks with a British accent and everything is twee and old-fashioned). The King is dead but his heir, Prince Richard, wants to relinquish his hold on the throne. Rumour has it the young prince is too much of a playboy to bother with ruling over his people so our heroine, Amber, must find out what’s going on. Unfortunately, she is mistaken for the tutor brought in to teach Richard’s young sister, Emily, who suffers for spina bifida. Amber decides to keep up with the charade in order to find her story.

I don’t really need to spell out what happens next do I? It’s all so basic and unoriginal that it’s as if Netflix wrote this using a teen romance algorithm. You know that episode of South Park where the kids discover that family guy is written by manatees choosing balls at random? I imagine a similar situation except with Christmas Elves opening crackers or some other festive shit. There’s no real attempt to make this film funny, good, or original. So much of this is frustratingly bad and doesn’t make sense. I don’t understand the motivations of anyone. The mood and character of everyone changes in the blink of an eye to help move the plot along. The main character is an awful manic pixie dream girl type who definitely wouldn’t be trusted to write this kind of story. And, finally, at the end of the film she starts a new blog, writes one post and gets 20,000 views in 3 days. I mean that’s fucking nonsense.

Except, despite hating so much about this film I didn’t exactly hate it. There’s something addictive about such terrible stuff. I hate everything about the film Mama Mia but have the urge to watch it occasionally. For the past two days, a friend at work and I have been constantly quoting Tommy Wisseau from The Room because it’s so fucking funny. Most bad films (like Geostorm) are so bad that they’re just bad. Occasionally. though, bad film will come along that makes your heart soar because of how bad it is. You almost become proud that it was even made. It’s like rooting for the underdog. This is the film equivalent of Eddie the Eagle or something. You know it’s got no substance but you can’t stop yourself cheering for it… and isn’t that what Christmas is really about? It’s not but who cares?