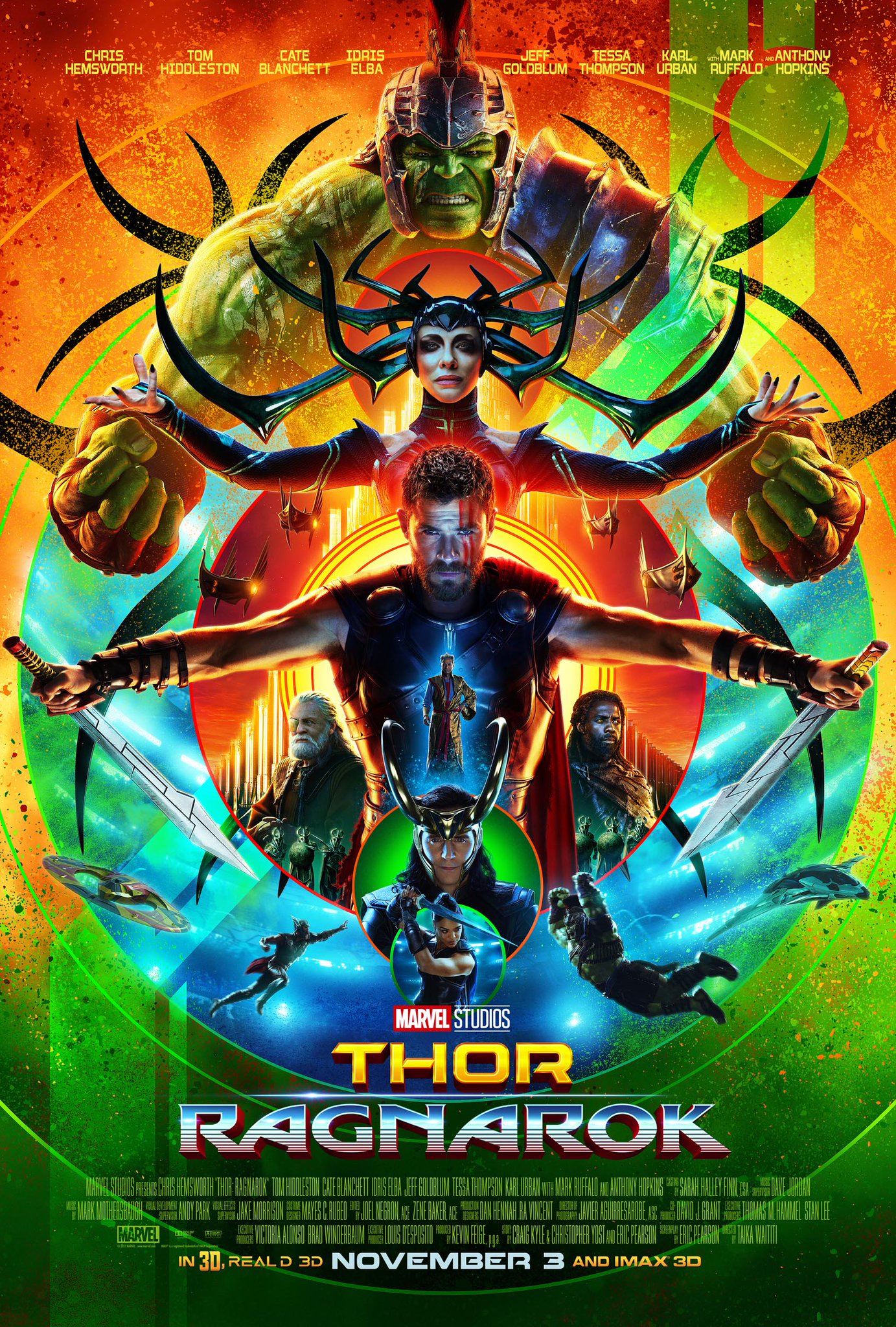 I have to say , considering the quality of the previous 2 Thor films, it’s been pretty difficult to be a fan of Marvel’s God of Thunder. He has always been my favourite male superhero in the Marvel comic book world but it’s been hard to convince non-comic book fans that he deserves that title. Iron Man is the funny and cool one thanks to RDJ. Captain America has, the best Marvel film, Winter Solider, to make himself look better. But Thor? He’s had a pretty poor showing in terms of solo film outings. I say as someone who adores the first Thor film but also understands that it leaves a lot to be desired. I understand the second one is dire but we don’t need to go into that again. This back catalogue of frustratingly weak films have meant that a lot of people have overlooked Thor. He hasn’t made enough of an impact. His own films are just irritatingly lacking and he tends to get lost in the huge ensembles of the two Avengers movies. Heck, he wasn’t even allowed in Civil War. Instead Thor was benched along with the other Avenger that nobody really knows what to do with: the Hulk. The problem is the very concept of the Thunder God. He’s so caught up in mythology that there is a tendency to play him straight. Living up in his own realm of the God’s means he feels even less realistic than the rest of the line-up and that really is saying something. His roles in these films have left Thor feeling like the weak link in the chain. He’s neither the funniest, the most badass, nor the most memorable of the Avengers. Hollywood just doesn’t know what to do with him. Or at least they didn’t. From the minute the first images of Ragnarok came out I was convinced this would be the film we Thor fans have been waiting for. It had Guardians of the Galaxy style humour, an 80s aesthetic, and a fucking awesome soundtrack. Even before I’d seen it I was sure it was going to be my cup of tea. Of course, the fact that it would also serve as the closest we’d get to a Planet Hulk movie was just an added bonus.

The main problem that I remember from watching Thor: The Dark World is that it tried far too hard to be dark. It was around the time that Christopher Nolan’s Batman trilogy was at the height of its popularity and before Zack fucking Snyder made us all weary of the grungy, angsty comic book movie. It didn’t really have that fun, silliness, or, at the very least, self-awareness that the best Marvel films have in buckets. It was all dark elves, family melodrama, and a naked Stellan Skarsgård. The second Thor film was trying to be something it wasn’t and the end result really showed what a mistake it was. Thankfully, for his third solo outing for the MCU, it seems Marvel have really learnt their lesson. Despite the title’s reference to Ragnarok, the apocalyptic demise of the Norse God’s, this film is anything but dark. Something we learn from the very first scene is that not only has Thor finally found an on screen presence but he’s managed to pick up a great sense of humour along the way.

For too long comic book movies have been trying to make themselves seem as grown-up and serious. Ragnarok understands that all of this is so crazy that it’s pointless trying to play it straight. Marvel films have dabbled in humour before but Thor 3 has a completely different feel to it. It’s more like a comedy film that happens to be about comic book characters instead of a comic book movie with more jokes. Marvel have always been good at letting unexpected directors have a go at massive Blockbusters but New Zealand born director Taika Waititi is, perhaps, the weirdest so far. Thankfully, he was allowed the chance to do his own thing and, as we can see, it works wonderfully.

Ragnarok has a bit of work to do before it gets down to the real business. We left The Dark World with Loki on the throne in disguise and we last saw Thor vowing the track down the remaining infinity stones. So Thor goes back to Asgard to sort shit out but, before he’s even got time to breathe, his long lost sister Hela (Cate Blanchett), the Goddess of Death, turns up to royally fuck shit up. She wants revenge on her father and his people for casting her out years ago. Unfortunately, as this is going on Thor (Christ Hemsworth) and Loki (Tom Hiddleston) find themselves stranded on a distant planet, Sakaar, presided over by the villainous Grand Master (Jeff Goldblum). Whilst Loki is taken in as a friend, Thor is captured and turned into a gladiator. With no other means of escape, Thor is left with no other choice but to fight the Grand Master’s Champion; who, as we all know, just happens to be the Hulk (Mark Ruffalo). Can Thor, the Big Guy, his sketchy brother and their new ally, Valkyrie (Tessa Thompson), an ex-Asgardian warrior with a grudge to settle.

In terms of the basic narrative there isn’t a great deal of excitement and Ragnarok treads very worn Marvel ground. This rag-tag bunch of heroes come together to fight a big evil to save the world. However, there is so much more going on that it doesn’t even feel that familiar. The sub-plot on Sakaar is fabulous and both Hemsworth and Ruffalo get the chance they both deserve to flesh out their characters. His recent pitstop in comedy films has left Christ Hemsworth with a greater comedic confidence and, for the first time since he first donned the red cape, he looks comfortable in the role. Conversely, Ruffalo finally has something to do as he starts to flesh out the green monster before the upcoming Infinity War films. I’ve read criticism that the film completely rewrites these characters but I just see it as positive development. This is one friendship I can’t wait to see get stronger.

There are some amazing performances on display in this film. Jeff Goldblum is at his most Jeff Goldblum and manages to walk the line of annoyingly hammy without falling into oblivion. Tess Thompson is sensational in her role and more than makes up for the abysmal female presence in the previous Thor films. Tom Hiddleston is perfect as Loki, as usual, but over time I find myself tiring of the “is he good or bad?” narrative. It just gets old. Still, I’m always happy to see that face. Finally, Idris Elba, returning as Heimdall, is worth noting. If only for the fact that, at the point that he takes off his cloak, his beefy arms. I love the change Heimdall has made from Gatekeeper to fucking badass.

My only real problem with Ragnarok (aside from the pointless and built up Dr Strange cameo) is Hela herself. The great villain looks the part but never gets the chance to get going. It’s a waste of Blanchett’s talents and a potentially great bad guy. Every time the action switches back to Asgard I couldn’t help but wish I was back on Sakaar. Hela feels out of place in this film just as all the references to genocide and darker elements do. These references are fleeting but they do stick out badly. There are also some poignant moments that are not dealt with properly. It can feel a bit weird. But, really, it doesn’t matter. Everything is held together thanks to an immense amount of charm, humour and utter silliness. This film knows it’s dealing with nonsense so plays up on that fact. I lost count of the time I genuinely laugh-out-loud watching this. Minor problems aside, this the greatest Marvel movie you’ll ever have seen.