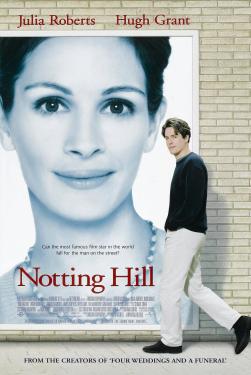 I’m not going to lie to you guys, my schedule has gone a little awry this week. I didn’t watch anything for today’s post yesterday as I intended so had to quickly find something appropriate whilst browsing Netflix as soon as I got home from work. It’s the end of my working week so I’m pretty tired and just picked the first film that seemed like an easy watch. It certainly doesn’t link to my review of 6 Days from earlier this week. I do prefer it when there seems to be some method to my madness but that definitely isn’t the case. However, I’m a consummate professional so should be able to come up with a logical reason if you’ll give me a moments thought. Ahem. I opened Tuesday’s post talking about how Jamie Bell will always be Billy Elliot in my eyes, which links to the star of today’s film I guess. To me and most people in the world, Hugh Grant is, and forever will be, the bumbling, floppy haired idiot who starred in loads of Richard Curtis romantic comedies. I don’t think I’ll ever be able to take him seriously in anything and have just come to believe that any Hugh Grant film I see will basically just be Notting Hill 2 or something. Which is fine, I guess, as I don’t exactly go rushing out to see Hugh Grant movies any more. This isn’t the 90s for fuck’s sake. However, it is late on a Thursday night and, having to be up early to get shit done tomorrow, Notting Hill seemed like a fairly adequate choice for my viewing pleasure. It’s actually been ages since I saw it.

I pride myself on my dislike of romantic-comedies. It’s not that I think they’re inherently bad films or that I’m too much of cynic to enjoy them. Contrary to popular belief, my heart isn’t made of stone and I’m a sucker for a good love story every now and then. The key word being, of course, a “good” love story. I find most rom-coms that I’ve ever seen to be annoyingly unrealistic and just far too predictable. Every single meet-cute that you see on screen is absolutely absurd and, were they to happen in real life, would in no way lead to anyone falling in love. The romantic-comedy is just a massive cliche based around the basic premise of boy meets girl, boy loses girl, boy desperately tries to win girl back with massive romantic gesture. It’s up to the individual writer to fill in the remaining time with any number of awful coincidences and stupid misunderstandings that keep the pair apart for as long as possible. After all, we’ve got to amp up that emotional drama level.

As rom-coms go, Notting Hill has a a pretty long running time so there are plenty of chances to keep the two potential lovers from getting together. Is it too long a film? Definitely. Does it matter? To be honest, you don’t really feel the drag too much because this film exists in such a pleasant bubble that you can’t help but get dragged in. The London of Richard Curtis’ Notting Hill is that twee and cutesy version of England where everyone lives by the “Keep calm and carry on” system and, when things get bad, sticks the kettle on and opens some biscuits. This isn’t real London by any stretch of the imagination. The cast of characters is part of that increasingly eccentric breed of British people that exists in Hollywood to cover up the fact that, in reality, British people are just a bunch of dickheads. Notting Hill isn’t just a romantic-comedy; it’s a fucking fairy tale.

The unbelievable narrative sees travel book shop owner Will Thacker (Hugh Grant) meet mega Hollywood starlet Anna Scott (Julia Roberts) when she decides to browse his shop for a book about Turkey (obviously). When he accidentally spills orange juice on her, the actress agrees to go into this perfect strangers house to change and gets about a course of events that sees Will fraudulently claim to be a member of the press, chase Anna across London and, basically, make a huge tit of himself every chance he gets. There’s a lot of guff about real people falling in love with a celebrity and the intrusion of the press but, when it comes down to it, Notting Hill is like any other Curtis rom-com.

However, after watching it again I am annoyed to say that I kind of enjoyed it. I mean it’s as predictable and silly as any film of this genre but there is something quite nice about it. Hugh Grant and Julia Roberts are both good in their roles and you can’t help but want this two attractive bastards to just make it work. Will’s group of weirdo, outcast friends seem like a super nice bunch of people who, despite never being able to exist in real life, add a great layer of humour and heart to the main narrative. The film does experience an obvious dip in quality as it goes along but not so much that it drags along. The opening is funny and kind of heartwarming in its own way and the first press junket scene is still a joy to watch.

Despite a few misguided attempts to make a point about journalism and privacy, this isn’t a serious or clever film. It doesn’t need to be. It’s just the story of a girl, standing in front of a boy, asking him to love her. And, despite my hard, hard heart, that’s fucking adorable.