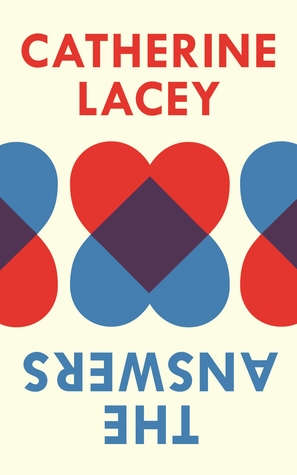 For a recent Instagram challenge I was asked to review my favourite September read using only emojis. This proved difficult for various reasons. The first being that I, shamefully, only read 2 books this month and wouldn’t really say I loved either of them enough to name a favourite. Then there was the problem of the actual review. It’s going to be difficult enough to sum up my feelings for Catherine Lacey’s The Answers with words so doing it using tiny digital pictures wasn’t exactly going to turn out great. I’m already working from the disadvantage of being a fucking idiot so trying to dumb down my already dumb opinions was a recipe for disaster. Anyway, I cobbled something together but it’s hardly the most useful review I’ve ever written. Not that I’m sure any of them have ever been any help to anyone but we’ve all got to have a hobby. I never read Catherine Lacey’s debut novel Nobody is Ever Missing but I was drawn to her second novel from the first time I read about it. It featured in my ‘Most Anticipated Books of 2017’ list and I spent most of the year lusting after it. I don’t really know what I expected from this novel. Part of me thought it sounded like an episode of Black Mirror and the other thought it might prove to be a bit more chick-lit. Whatever it was going to be, I knew it was going to be better than the truly disappointing One of Us if Lying that was my other September read. There’s very little that could have been worse but I’ve already discussed that.

The Answers has a very promising title. Even Douglas Adams couldn’t provide us with an adequate answer in Hitchhikers Guide. So, in her second novel, could Catherine Lacey really provide us the answer to life, the universe and everything? On the surface her novel is the story of a 30 year old woman with a chequered past and riddled with debt. After escaping from a childhood spent in isolation with a religious fanatic for a father, Mary found freedom in New York but spent beyond her means. It was then that her mysterious illnesses made her life a misery and modern medicine scratch its head in confusion. Unable to find any other way out, Mary turned to holistic healing in the form of PAKing; a strange alternative treatment that not only helped her immensely but added to her already considerable money troubles. In order to fund the necessary therapy Mary answers a vague job advertisement that changes her life.

She is accepted to take part in something called the Girlfriend Experiment or the GX for short. It is the brainchild of superstar actor/director Kurt Sky and a group of scientists interested in studying relationships and love. After experiencing years of romantic indifference and creative despair, Kurt is turning his attention to finding out what makes people tick. Why do human beings have such a deep seated desire to pair off and bond for life? Is it something that holds them back or helps them on their journeys? To find this out, Kurt hires a gaggle of women to perform specific duties in his life. Mary is the emotional girlfriend and is responsible for listening to Kurt’s feelings, fears and secrets. There are separate women acting as the Anger girlfriend, the Maternal girlfriend, the Mundanity girlfriend and a couple of Intimacy girlfriends. Can Kurt understand the human experience by scripting his entire relationship needs through these perfect strangers and will any attachments form along the way?

The Answers follows this basic narrative whilst skipping between perspectives. We start and end with Mary’s first-person narrative but the main portion of the novel flits between third-person perspectives of Mary, Kurt and Ashley (the Anger girlfriend). Lacey uses these differing perspectives to question different aspects of the human psychology and various attitudes to relationships in general. I have to admit that it was jarring at first but the switching narratives ends up working with Lacey’s purpose. The Answers isn’t, strictly speaking, a novel but, for the most part, reads more like a study of humanity. It is a very clever novel that spends more time ruminating over the question of love than it really does on its plot. It is highly intelligent and forces you to think about things in a way you never would have otherwise. It’s an exciting exploration into such a huge aspect of humanity and social constructs that there are times when you really forget you’re reading a piece of fiction.

That’s not to say that it isn’t a decent novel. It is very driven towards character and features a great deal of amazing writing. Lacey has a command of the English language that is both beautiful and fascinating. It is at times highly lyrical and fanciful and at others staunchly scientific and stiff. It is a style that only highlights the various questions and ideas on display. She also creates some interesting characters along the way. Both Mary and Ashley are fascinating and have a lot to say about gender and equality. They are two women who have experienced different forms of abuse in previous relationships and are hiding secrets from the world. They are both running from their pasts but using very different methods. The pair find themselves both drawn to and alienated from Kurt but are tied to him through financial necessity. The Answers raises questions about the place of females in society but it never quite manages to give the answers that its title so proudly suggests it will.

I really liked most of Lacey’s novel. I loved the set up of the narrative and was really drawn into her analysis of the human condition. There is a great deal of deep and wonderful writing on display and I was sure that I was going to love it. However, the ending left me a little cold. It kind of felt like everything got away from her a little and she just didn’t know where to go with it. Everything was set up for something magical but it just, sort of, fizzled out into nothing. But not in that “I’m being clever and saying something important” way. In the “what the fuck do I do now?” kind of way. It’s a shame because Lacey builds towards something important and intelligent throughout most of the novel. She just fails to provide the answers that she promises. Maybe she just wasn’t asking the right questions?