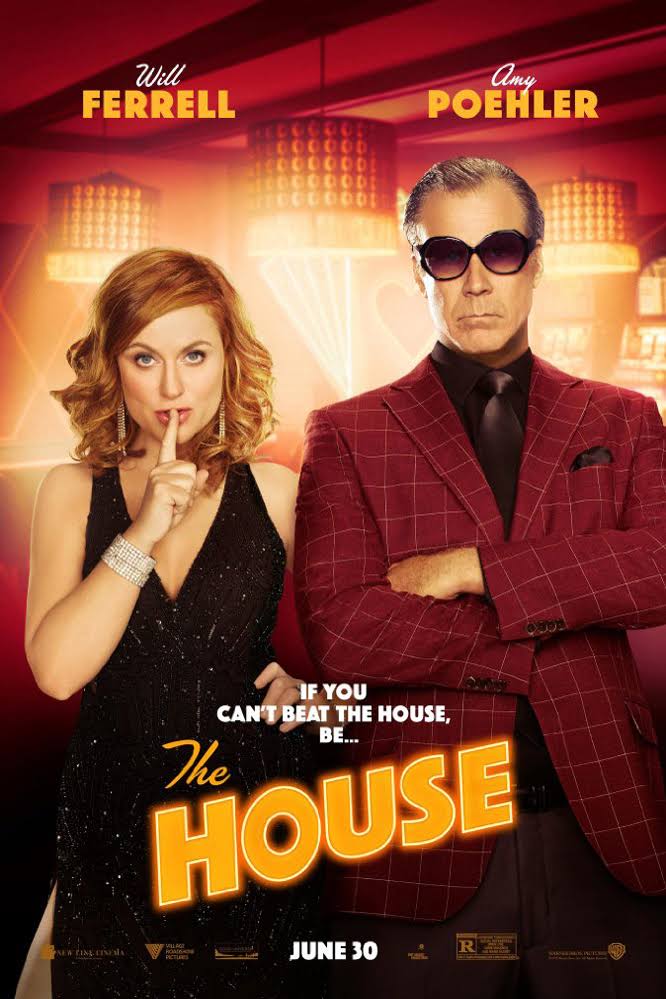 Will Ferrell is one of those comedians that you can trust to be funny whatever he’s doing. Through the years, I’ve happily watched and enjoyed every film starring him that I’ve ever seen. Even the shit ones, like Daddy’s Home for example, have something fairly entertaining in them. The guy always gives his all in a role and is so naturally hilarious that you’ll find yourself crying with laughter at the stupidest things. So I kind of feel like I’m on solid ground with him and that’s before you even consider that Amy Poehler is also in it. Combine the pair and you have a powerhouse of SNL alumni. Of course, things start to unravel when you look at how the film is being marketed. It’s very telling that neither Ferrell or Poehler seem very eager to talk about the film itself. Interviews aren’t treated as a place to talk about the film but simply about getting the pair in front of a camera. Will Ferrell has done some shit films in the past so when he’s keeping shtum about a film then you know it’s embarrassing. 1 hour and 28 minutes worth of embarrassing. Yep, The House can’t even hit the 90 minute mark and we’ve all heard the one about good films
coming in short run times. Well, even if this is going to be shit at least it’s not going to be shit for too long. Let’s be thankful for small mercies.

The House is one of the films that sounds really good on paper. Taking two fabulous comedians, a great supporting cast of funny people, and giving them an interesting premise to work with. It should have been simple. When their daughter gets accepted into the university of her dreams, Scott and Kate Johansen (Will Ferrell and Amy Poehler) are over the moon. Until they discover that the scholarship they were being offered by the town has been scraped in favour of an exciting new town pool. In order to drive the plot forward, neither Scott or Kate had prepared for any other eventuality and have failed to put aside any money to pay for their daughter’s tuition. You kind of have to question parents who are this lackadaisical with regards to their child’s future. And, also, how far in advance does the town pick a child to fund? Did they know she was getting the cash from birth or was it just super lucky that her name was drawn?

Of course, I know the answers to these questions: because the narrative demands it. When the pair find themselves unable to send their precious daughter to her dream school they accept their weird friend, Frank’s (Jason Mantzoukas), suggestion that they open an underground casino in his empty home. Frank, as it turns out, is a gambling addict who is going through a divorce and in danger of losing his coincidentally casino-sized house. We all know that “the House always wins” so why not become the House? The mild-mannered parents take to their life of crime and wealth and embrace everything about it. Kate becomes addicted to weed whilst Scott unwittingly becomes a casino heavy who uses force to get patrons to pay their debts. Things quickly get out-of-hand as the narrative gets more and more extreme. Finally, ending with political cover-ups and a crazed mob boss played by  Jeremy Renner, in a completely underwhelming cameo.

The House isn’t the biggest disaster that you’ll ever watch at the cinema but you can’t get away from the fact that it’s just not good. You’ll probably watch it and think it’s okay but that will mostly be down to the three leads. All three actors at the film’s centre put everything into their characters but it can’t be ignored that there isn’t really much there. If I’m honest, I had to look up everyone’s names because by the time the credits rolled I had no fucking clue who anyone was. They’re just bland and underdeveloped characters who just take part in outrageous activities with no real justification. Their actions always seem unnecessary or unexplained outside of the “we thought it would be funny” argument. There’s an utterly pointless plot-strand that sees Scott being rubbish with maths that really goes nowhere and is, in actuality, not as funny as it may have seen whilst writing the script.

It’s just not very inspiring. There isn’t time for an aspect of the film to evolve into something interesting or even funny. The humour is mostly derived from awful stereotypes that directly tie to the actor’s involved. This film just feels like several short sketches haphazardly stitched together to create the kind of quilt that you’d definitely tell people was made by your young child. Handily, for a film concerning parents experiencing empty nest syndrome, this film is equal parts embarrassing and sad to watch. There are very few genuine laughs to be found but plenty of places where the writer/director attempts to force it with lame gags or physical comedy. It makes me both sad and angry that Will Ferrell and Amy Poehler were subjected to this and that they both allowed it to happen. This is the kind of disaster that should never have been made. Turns out, The House doesn’t actually always win.