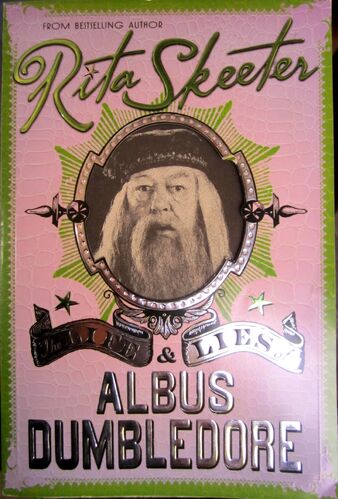 As someone who spends a lot of time internet window shopping for geeky goods, it seems to me that you can’t really go anywhere without seeing Albus Dumbledore being quoted on something. After “Always”, which is something I’ve discussed briefly in my rant about Severus Snape, Dumbledore quotations are the most commercially viable of the Harry Potter franchise. People wishing to seem deep love nothing more than plastering his words of “wisdom” all over their houses. However, I’ve always felt that Dumbledore’s soundbites are just trite and overly simplified adages. People just eat that shit up. They love the guy. Dumbledore always reminds me of the Tim Minchin song ‘The Fence’. Readers are so quick to want Dumbledore to be good because they need someone to be the opposite of Voldemort. They need the world to be that binary but it doesn’t exist. There’s a part of the song about the Dalai Lama that goes:

He’s a lovely, funny fella,
He gives soundbites galore
But let’s not forget that back in Tibet,
Those funky monks used to dick the poor, yeah

It just reminds me of Dumbledore. For all his talk of socks and sherbet lemons, there is darkness hiding beneath Albus Dumbledore that comes out when it needs to. He has so many secrets throughout the book that show just how far away from a perfect hero he was. Just because the guy manages to say something that sounds deep once in a while people just seem to ignore all of the shitty decisions he makes. Well, not any more, my friends.

As I’ve already suggested, the Harry Potter books have one fatal flaw and that is that they are from Harry’s perspective. This means we all see things as Harry does and his opinions are the ones that run strongest throughout the narrative. We are encouraged to hate the characters that he hates and love the characters that he loves. Most importantly being Albus Dumbledore himself. Through Harry’s eyes, we see the Headmaster as a bright-eyed, kindly old man who cares about Harry deeply. And not, you know, a reckless old man who left a young baby on the doorstep of his abusive family.  Most importantly is the discovery that Albus has been secretly leading Harry down a path that would eventually lead to his death. He basically grooms an 11-year-old boy to become the kind of person who would happily lay down his life for the greater good. He forces Harry to become a hero whilst taking no responsibility for putting the boy in harm’s way.

Dumbledore has always known that Harry will probably have to die to destroy Voldemort. After all, he’s always known that there is a piece of the Dark Lord’s soul within the Boy Who Lived. He has suspected as much from the moment he first heard the prophecy and has only had it confirmed as time went on. Did he tell Harry this? Did he fuck! He, instead, decided to protect the boy’s innocence and keep it a secret. I guess this is a noble thing to try but you’d think anyone who saw that Harry wasn’t going to back down easily would say “now is the time to confess”. Dumbledore should probably have told Harry about the prophecy from the start but he definitely should have told him after the events of the first book. Harry needed to know why Voldemort was after him and what that could entail. It would have saved lives.

Dumbledore acts as though he cares about people but, when it comes to the fight against Voldemort, everyone is just a pawn in his war. He’s the perfect General. He sees that Snape is afflicted by his love for Lily and manipulates him into changing sides and acting as a spy. He also doesn’t bother to convince Harry that Snape is a good guy even though Harry straight-up hates him. Because he doesn’t actually care if Harry and Snape like each other. Dumbledore only cares that they play their parts. And, talking of Snape, he totally lets the Potions Master get away with bullying his students and being completely unfair towards his own house. Snape is, when it comes down to it, a psychopath who hates children. The worst person to be a teacher. Plus, I know he was supposedly worried about Voldemort and shit but anyone in their right mind would realise Harry and Snape were not the best occlumency buddies. If you need Harry to learn the skill it doesn’t matter how good Snape is if they never get through the fucking lessons. This fuck up caused Sirius’ death, you dick!

… Anyway, Harry sees Dumbledore as a hero up until the final book when he finally discovers the truth about his past but even then it makes very little difference. Nothing Dumbledore does is ever questioned by Harry and his loyalty is so unflinching that Fawkes comes down to the Chamber of Secrets to help Harry. It’s crazy to me. Dumbledore was always a fairly suspect character even before we found out that he wanted to help wipe-out muggles solely because he wanted to fuck Gellert Grindelwald. (Hey, I know we’ve all done stupid things for love but that really takes the cake.) I mean almost every single school year he cancels final exams and awards random House Points when students have blatantly disregarded the rules. He shows a clear bias towards Harry and his friends and has an obvious loyalty to his own house. So much so that, after years of Slytherin winning, Gryffindor ends up with the house cup basically every year. Dumbledore is basically like your racist grandfather: he’s ultimately quite funny and generally harmless but you don’t want to give him any real responsibility.

Now I get it, I get it. Dumbledore isn’t bad; he’s just human. Well, that would be okay if he wasn’t aware that he was doing the wrong thing. He admits that he knew a lot of the decisions he was making were harmful but he did them anyway. Human beings make mistakes for noble reasons or because they don’t realise. Dumbledore is the guy who always talks about making the choice between “what is right and what is easy” but can’t live by his own words. When he lies to Harry it’s not the right thing to do and he knows it. He wants people to stand up to Voldemort but he is unwilling to make the right sacrifices. His quotes, far from being deep and meaningful, are just further proof of his manipulation. As he says himself:

Words are, in my not-so-humble opinion, our most inexhaustible source of magic. Capable of both inflicting injury, and remedying it.

With his words, he has the ability to get the whole of his students, heck the whole of the wizarding world, to stand up and fight for him. He doesn’t even have to live by them himself. He doesn’t have to do anything but spout trite nonsense at people. He’s got the whole wizarding world fooled that he’s a great man but he’s actually an evil genius. Words are powerful magic that can manipulate people and, let’s not forget, Dumbledore is the greatest wizard that has ever lived.

One thought on “Harry Potter Week: Sorry Albus, don’t let the Dumble-Door Hit You on the Way Out”