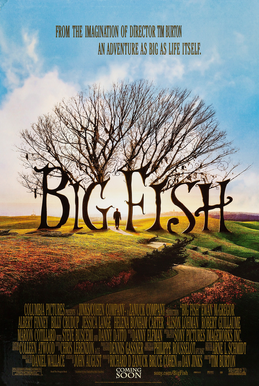 When it comes to my Thursday post I basically just trawl Netflix for a while until I find a film that I really want to watch. It means I’m just rewatching films that I’ve loved for years but I’m okay with that. It’s the best of both worlds I suppose. Although, it does mean that I mostly just end up writing gushing reviews for the films I wholeheartedly adore. I watched this week’s film when it first came out in the cinema nearly 14 years ago and have had a soft spot for it ever since. A friend bought me the book it was based on after we saw it but, if I’m honest, I never finished. For one thing, the author had the same as a boy in my class and it was a bit too weird. Basically because he was a bit weird. Secondly, I think it was a mistake reading it after seeing the film because, due to the changes, the film’s narrative was tighter. I think I lost my way with the book when the vicious dog turned up. I know I know. As a bookish person it should be “the book is always better” but sometimes it has to be okay to prefer the film. Especially when Ewan McGregor and Tim Burton are involved.

Big Fish: A Novel of Mythic Proportions is a novel by Daniel Wallace that retells the life of a great storyteller. Throughout the narrative his son tries to get his father to tell him the truth and connect these tall tales with reality. At it’s heart, Big Fish is just the story of a man trying to understand his father before he dies. When it was made into a film it seemed like the perfect story for Tim Burton to tell. Edward Bloom (Albert Finney) has spent his later years retelling the stories of his youth to his son, Will no matter how unbelievable they appeared to be. As he grew up hearing the tales over and over, Will (Billy Crudup), started to see them as more annoying that exciting. Constantly hearing his father’s outrageous stories caused barriers to come between the pair and, upon returning home to say goodbye, Will attempts to find out more about the man behind the myths.

This is the film that Tim Burton was destined to make. Who better but the visionary director to help bring this book to life? Edward Bloom, like Burton, is a natural storyteller who believes real life could do with a bit of help from more magical elements. It is a film that explores the relationship between real life and fantasy and how the two can work together. The narrative speaks to Burton’s sensibilities as a director and allows him to be whimsical, funny and dark but gives him a constant grounding in reality. It gives him every chance to create the kind of visuals he has become known for and the quirkiness he inevitably brings to every project without feeling disjointed. We see small towns that look like something out of Edward Scissor Hands or creepy forests that could easily be used in Sleepy Hollow. He takes Wallace’s already fantastical tale and gives it a proper Tim Burton spin.

Big Fish is a clever film that, in other hands, could easily have fallen apart. So much depends on the representation of Edward and Will that you need a firm hand at the wheel. It was important not to present Edward as a crazy old fool who repeats his fantastical ramblings about events that never happened. The audience needs to love him and see why people love his stories. Thankfully, the film is presented as flashbacks with Ewan McGregor stepping into young Edward’s shoes. McGregor is able to bring as much charm and effortless likeability to the character that it’s impossible not to get swept away with the tall tales Mixed with Albert Finney’s held-back performance as the elder Edward, we see a man who you want to believe no matter how hard it is.

However, Burton is not trying to champion a way of life that relies solely on fictional representations of real events. Finney does showcase the irritable side of Edward’s personality to the extent that you can also understand where Will is coming from. Stories are all well and good when you are a child but, eventually, it would be nice to hear the truth. Crudup plays his part well and gives a subtle approach to the father son rift. However, it is Will’s final moments with his father that really shine out. A lesser actor would have built up the emotional aspects of the scene but Crudup holds back. He allows the final meeting of the minds to speak for itself and lets the story do it’s job. It’s a fantastic performance.

Big Fish is one of those films that can easily divide opinion. To someone it may seem schmaltzy and twee. To me it skirts the two without ever falling into the danger zone. There are some excellent supporting performances from Hollywood greats like Helena Bonham Carter, Steve Buscemi, and Danny DeVito. Jessica Lange gives a brilliant performance as Edward’s true love, Sandra, who is played by an equally fabulous Alison Lohman in her younger days. It is a truly Tim Burton production with his usual cast of players and his traditional visuals. It is constantly very funny and gut wrenchingly sad. No matter how many times I watch it, that final scene has me in an stream of tears. However, it is a more sophisticated story… or at least a different kind of story. Exploring the relationship between father and son and the acceptance of their little foibles. It is a film that tells us, fact is all very well and good but sometimes it’s better to bend that truth.

One of the books on my December TBR. I can't wait to read this one.
BOOK REVIEW: A Boy Called Christmas by Matt Haig
Let's talk about the Waterstones Book of the Year...
The Penguin Book of Christmas Stories
It's Christmas, so I'll definitely be trying to get in a festive Christie or 2.
It looks as though another Winter will pass me by when I don't get around to reading Winter by Ali Smith. It feels like ages ago that I read Autumn and then immediately bought this one
QUESTION: What is your first festive read going to be?
READING WRAP-UP: How did your reading go this month?
QUESTION: Have you read this one?