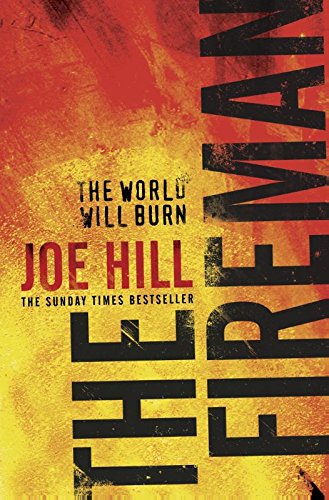 I’ve been ill the last few days so have basically been in bed since Sunday. Until today I’d barely spoken to another human being and have simply had the people on Netflix to keep me company. I’d love to say that I used my time to get some reading done but, I was so tired, I found it difficult to concentrate on the words on the page. I’m only a few chapters into The 7th Function of Language but I’m really looking forward to getting further. One of my most anticipated works for 2017. Hopefully, I’ll get my reading groove back and finish it soon. God know’s it’s taking me long enough to get to the end of novels these days. Although, I have finally finished another book and it only took me about 3 weeks. That still feels like far too long but it was a bloody long book. It average out as 40 pages a day, which still doesn’t feel like enough to me. How do people get into the habit of reading? I always find myself getting into a Netflix spiral and realising it’s far too late to start reading. And I don’t read at work because there are always too many people in the staff room. Anyway, the fact is I finished something and that is reason to celebrate. I always have another book to review and I’ve decided I need to include more book reviews on this blog. I am a badass Motherbooker after all.

You know, I feel kind of bad for Joe Hill. Not only has he, in only 3 novels, set himself up to be a big name in the future of horror fiction but he has done so having Stephen King as his father. You can imagine how often his books are compared to the ones his dad has released. I have even found myself guilty of describing this book as his version of The Stand. It’s a stupid and really unhelpful way to do as, despite sharing genes, the two have very different styles. Both are hugely talented writers but take on the horror genre in their own way. Hill is approaching from a more modern and creative way than the classic style his father has always favoured. So, this will be the last time that I mention King in this review. Well, hopefully the last time. Sometimes I just can’t help myself.

I have had my eye on The Fireman for a while now but, having seen how fucking huge the hardback is, I kept putting it off. Still, I needed something to read on my way back from London and only had my Kindle. It was the one eBook that I really wanted to read and I’m glad I did. Despite being an epic novel, The Fireman hardly ever felt like much of slog. It is based around the fantastic premise that a spore has been created that eventually causes people to die when they spontaneously burst into flame. It’s a horrifying idea that quickly leads to an utter breakdown of society. Those infected with ‘dragonscale’, as it is universally known, find themselves covered in black and gold markings making it impossible to hide. The rest of society become scared and eventually “cremation crews” start rounding up and disposing of the unclean. Those who are infected must do everything they can to survive… at least until they set on fire anyway.

The story follows a twenty-something nurse, Harper, who tries to use her talents to help people at the start of the outbreak. She is a kind, caring and sweet young woman who is a bit too obsessed with Mary Poppins and Disney films. She is happily married to Jakob, a writer, until the moment she first spots evidence of the spore. Instead of ending her life as she and Jakob had initially agreed to, Harper chooses to survive once she learns she is pregnant. Unfortunately, Jakob  has succumbed to the hysteria that has also infected society and decides Harper must die. Thankfully, the heroic Fireman, a mythical figure who has gained a reputation for saving the infected, gets Harper to the safety of a commune for the infected. But she finds herself getting herself into more danger as she gets closer to her due date.

The Fireman is one of those frustrating novels that gets you hooked on how well written and exciting the premise is. Hill manages to create the massive effects of the apocalypse in a quick and efficient way. He approaches it in a way that “normal” people probably would and shows us the horrors using public figures and celebrities. It’s easy to understand the enormity of the issue when you see JK Rowling getting shot, George Clooney bursting into flames and the White House burning down. The The only problem is, the rest of the novel tends to crawl along as the scope of what Hill is trying gets a bit out of control. Part of me loves that he doesn’t follow the traditional post-apocalyptic theme and spends a lot of time staying in one place. However, it could be a bit tighter and the ending could have been a little less obvious. Fairly early on, you know where the novel is going to end up but it takes so fucking long to get there.

Which would be fine if the characters were compelling enough to make it easy to ignore. Hill masterfully juggles a whole host of players in his line-up but none of them really make much of an impact. The titular Fireman has his moments but you never quite see why he deserves everyone’s love and respect. Then there’s Harper who quickly becomes an annoying parody and is far too repetitive. I spent most of the time wishing she could stand up for herself and show some real fire. She is a follower despite how much she tries to be a leader. I find it highly unlikely that she would have survived the situations she finds herself in. She, like Hill, is too preoccupied with her pop culture references to always grasp the true nature of the apocalypse in front of her.

However, I ultimately enjoyed The Fireman and, despite a fairly underwhelming ending, I enjoyed the lack of neat conclusion. Compared to something like The Road, Hill manages to give us constant glimpses of hope and love even in the end of days. There is always a glimmer of light along the way but that doesn’t mean that there should be a contrived and final ending. He is Stephen King’s son after all…. ah fuck.