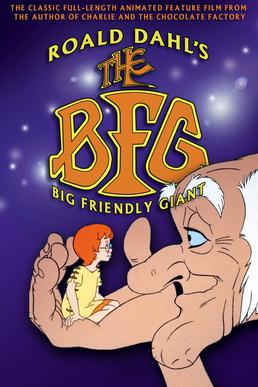 When it came to the adaptations of his books Roald Dahl was a tough critic. He was incredibly stubborn about giving the rights in the first place and, when he did give his permission, it was nearly impossible to create something that he felt was a faithful  It’s a well known fact that he turned his back on Willy Wonka and the Chocolate Factory, the 1971 adaptation of Charlie and the Chocolate Factory. He wasn’t happy that the focus was on Willy Wonka instead of Charlie and he was against the casting of Gene Wilder. It wasn’t the film that he wanted to make and the alternative script wasn’t what he wanted. However, it wasn’t completely impossible to get Dahl onside and after he saw the 1989 animated version of The BFG Roald Dahl actually stood up and applauded. If I’m honest, I find it doubtful that Dahl would have been completely happy with Steven Spielberg’s 2016 adaptation of the book despite the fact that it’s a genuinely good film. So how does its predecessor actually stand up to Disney’s CGI filled version?

Rewatching the animated retelling of The BFG nearly 30 years after it’s release will bring back a lot of memories for people who grew up with it. It also reminds us just how far film technology has come. The animation itself, whilst good, is dated and pretty embarrassingly 80s in places. Not that it’s actually bad; considering it was produced by the now defunct Cosgrove Hall films, a British animation studio who were responsible for creating some of the biggest children’s television shows on British TV. It’s just that the style is very nostalgic in this digital age. It’s all very sparkly, hazy and just a little bit trippy. The sequences in which Sophie and the BFG move between the human world, Giant country and Dream country are much more dreamlike than Spielberg’s interpretation and are decidedly psychedelic. They actually make for some magnificent visual sequences and really help to play up the magical elements of the story.

A story that remains pretty faithful the original book’s narrative. I mean not everything makes it into the final film but it essentially the same story you’ll remember from childhood. When Sophie wakes in the middle of the night and sees a mysterious, giant figure walking through the streets she quickly finds herself kidnapped and staying in Giant Country. Thankfully, the giant that took her is a friendly one who doesn’t feast on the flesh of children. He leaves that to his fellow giants who are both taller and scarier than the BFG. Instead he feast on horrible snozzcumbers and harvest dreams to give to sleeping children. Together, the BFG and his new friend come up with a plan to save humanity by rounding up the man-eating beasts.

The one aspect of this adaptation that really makes it stand out against it successor is the fact that it happily embraces the darkness that is inherent in Dahl’s original tales. Even the design of the BFG is scarier than we were all used to. The 2016 film takes more of a note from Quentin Blake’s famous illustrations whilst the animated film created a more menacing figure. Until we learn the truth about his nature, the BFG could pose a real threat. Of course, as soon as we see him next to his fellow giants the figure becomes positively heartwarming. After all, this film doesn’t shy away from showing the terrible aspects of the existence of giants. It doesn’t hide away the idea of children being eaten and the bones being left behind for their parents to find. The giants in Spielberg’s films were just mean bullies but these ones are monsters.

Which only makes the BFG seem all the nicer. Something that is helped immeasurably by having the character voiced by the great David Jason. At this point Jason was a staple of animated children’s TV shows and he certainly brought a charm to Dahl’s giant. Whilst I’d happily say that Mark Rylance really nailed the BFG’s distinct language, Jason does bring his weird way with words to life. He even managed to pull off the handful of slightly dodgy songs that have been added to the tale. David Jason brings the perfect blend of menacing and joy to the character, which makes it easy to see why Sophie loves him so much.

The first adaptation of The BFG may well seem retro and slow paced when compared to it’s modern competition but that doesn’t mean it should be lost to history. The animation may not offer as much humanity as the motion captured Rylance but that doesn’t mean it lacks heart. It is a great interpretation of Dahl’s tale and, in some scenes, offers material that Spielberg left out of his film. I, for one, was upset that the latest film didn’t include the scene in which Sophie and the BFG discuss the tastes of people from different nations. Yes, it might not be as accomplished, grand, or exciting as the new film but there is no doubting that this should be a well-loved classic.